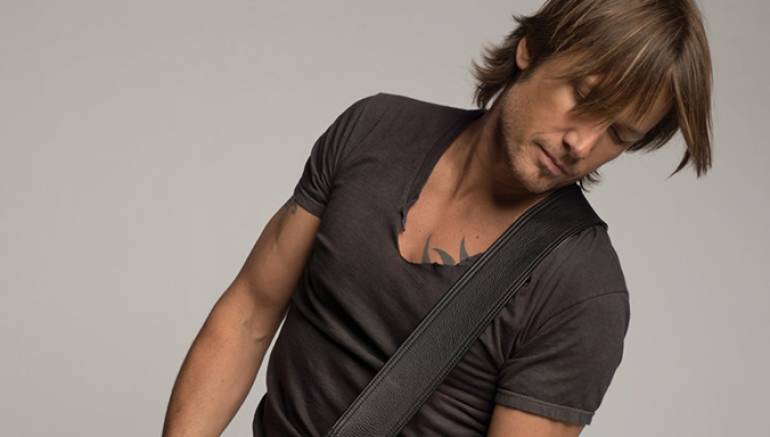 Born in New Zealand, raised in Australia and a Nashville native since the early ‘90s, Keith Urban has been on the go for the better part of the last decade. The one place you could safely assume to find him was at the top of the charts. A husband, father of two, and—as the news this fall announced—a freshly appointed “American Idol” judge, Urban only continues to share himself with everyone else. Making time for BMI, he considers how it all finds a way into the music.

1. You’ve found a way to vary your take on country music over the years. With “American Idol” already started taping, do you see any of the auditions creating new insight for you as a songwriter?

Oh yeah. I listen to so much different music, from electronica to more European dance music; I love a lot of ambient music. I think in some sort weird way all of that will slowly filter into stuff that I do. It may be extremely experimental until it gets to a place where I feel it’s actually making sense.

I mean the best place for me to draw from is a place that has nothing to do with the genre I’m in, because for me that’s the most interesting way to grow—not only what I do, but grow our genre as well. Our genre has to grow from other places. Its origin is already a fusion of styles, so it seems to me the evolution of any genre is going to include bringing in other styles. It’s just tinkering with the formula till you find the right balance.

2. What about “For You,” which was featured earlier this year in Navy SEAL-casted film “Act Of Valor;” How did that song come about?

We took probably a day-and-a-half to two days. It almost seemed like the first half of the first day was spent talking about the film. I think we both agreed we wanted the song not to be just pertaining to the specific acts the SEAL’s were engaged in. What I wanted to do, I guess, was pose a question—to me, the viewer: What am I willing to give my life for? Is there something that I feel so deeply about… am I willing to make the ultimate sacrifice for that? I wanted it to be about courage conviction, and sacrifice, take it away from being specifically about the film. Of course the very opening of the song starts from a particular thing in the film, but hopefully people can connect their own story to it.

3. You wrote the song with your frequent co-writer Monty Powell. What’s unique about your partnership?

We both do a bit of music and a bit of lyric, but I would say predominantly Monty’s much stronger as a lyricist. He tends to have a pretty clear picture of what I’m trying to say. I’ll sort of musically speak, and maybe even verbalize the kinds of things I’m trying to say. He’s very good at crafting it into more of a lyrics structure.

Monty pretty much wrote the whole first verse in one stream of conscious outburst. I have a little tape deck that’s running all the time and what happened was, I said to Monty, “Where do we start this song?” We couldn’t figure it out. The scene when [one protagonist] dives on the grenade, it’s really the most harrowing, profound thing, so I said, “I wonder what that SEAL would say two seconds after he died.” So we said, “Well that’s where we’re going to write it from: his perspective, after he dies. Here it goes.” Monty just spat it out: “All I saw was smoke and fire / I didn’t feel a thing,” blah blah [laughs]… He got to the end of it, and I’m like “Oh, crap. Glad we recorded that!” We rewound the tape, and he had a lot of longer lines in places so I just did a bit of trimming for meter but the essence and the real flow of that image was wonderful.

5. Can you remember who penned the lyric about the photo in each soldier’s pocket?

The second verse I had a bit more of a hand in. Monty and I didn’t want a gung-ho, macho-fueled testosterone thing. I would like to think that these guys wrestle with a bit of a moral dilemma of not wanting to kill anyone. But I didn’t want to question that or get into that. What I did want to try and do is imagine that they have to compartmentalize it and rationalize it, and it’s something that they’d rather not do.

I pictured, in my case, walking down a street: anywhere in the world strangers are walking past me. Chances are they’ve probably got a cell phone, like I do, and on that cell phone they’ve got pictures of their kids, or their loved ones, girlfriends, wives, mothers, whoever. And I’ve got the same thing. I thought it was an interesting image to present in the midst of these people having to kill one another—that they’ve got so much in common and they’d really rather be home with their families. So that second verse started taking shape from there.

6. Can you pinpoint the most influential songwriters for you growing up?

As much as I was playing country music, from Glen Campbell to Charlie Pride, and really loving those kinds of songs, somebody like ABBA would be an influence as well. I think their sense of pop song structure is such a powerful DNA—the songs are still here today. I would have to put Benny [Andersson] and Bjorn [Ulvaeus] from ABBA very high on the list of influential songwriters in my life, probably on a par with Jimmy Web and Don Henley.

7. Do you have a favorite place to catch a show?

The Ryman Auditorium in Nashville is still one of the most magical places to not only play, but to go and hear people. We just saw Fiona Apple there maybe two months ago. I’ve seen Merle Haggard there; Paul Simon not too long back; and Coldplay before they got really huge, they played the Ryman. It’s just a particularly magical, acoustic, beautiful venue to hear music.

8. What are three albums you can’t live without?

One of them would probably be Chris Whitley’s “Living With the Law.” Radney Foster, “See What You Want to See.” And then maybe the New Radicals album “Maybe You’ve Been Brainwashed Too”—they only had one, but I loved it top to bottom. That would be three off the top of my head.

Early on BMI was the first place that showed a specific kind of interest in what I was doing. It was just one of those things where I went where I felt like I was getting the support. I’ve been there ever since. It’s just been a company that believed in me when nobody else did. And in particular, I have to say Roger Sovine [retired Vice President, Writer/Publisher Relations, Nashville] was the first music-industry-type guy who saw me play and believed in me, and started telling people around Nashville about me.

10. Thinking back to that time, what kind of advice might you offer to songwriters just making their start?

I always think the first piece of advice is: There are no rules. I know there’s a particular form of structure that we’re accustomed to: intros, verses, choruses, turnarounds, solos, bridges, and the particular order of those things. But I’m a big fan of people just breaking all the rules: someone like Icona Pop right now. I just bought their record. Ironically, I guess—two young girls from Sweden—but just a very loose, free-spirited sense of song structure. Then I’m also just as gravitated toward someone like Eric Church, whose newest record is so lyrically magnificent. I wish I had the ability to write those sort of lyrics that are so visual, and colorful.

I mean it’s expression; it’s just getting it out, some image you’ve got to get out of your system, and if you get it out in a particular way it may have huge appeal. You may get it out in a way where someone else helps you present it in a way that it reaches the masses. But the pure intent of it has to be a need for expression.