Multi-platinum Latin music superstar Gloria Trevi will receive the BMI President’s Award at the 23rd annual BMI Latin Awards, slated for March 2 at the Beverly Wilshire Hotel in Beverly Hills, CA. The private ceremony salutes the songwriters and publishers of 2015’s most-performed Latin songs on radio and television in the U.S.

“Gloria Trevi has revolutionized Latin Pop,” said Delia Orjuela, BMI Vice President, Latin Writer/Publisher Relations. “Breaking boundaries with her emotional, authentic songwriting and luminous performances, she has made an electrifying impact on Latin music for decades and continues to captivate legions of fans around the world. We are thrilled to honor Gloria with this year’s President’s Award.”

Singer/songwriter, actress and philanthropist, Trevi is one of the biggest names in Mexican entertainment. With over 30 million albums sold, her career is the type of success story that films are made of. Distinguished by her rich, fiery vocals and emotionally resonant lyrics, Trevi has released 13 albums and penned over 400 songs, including many that have made her the voice of her generation. Among her biggest hits are “Dr. Psiquiatra,” “Mañana,” “Pelo Suelto,” “Tu Angel de la Guarda,” “Zapatos Viejos,” “Con Los Ojos Cerrados,” “Una Papa Sin Catsup,” “El Recuento de los Daños,” “Todos Me Miran,” “Cinco Minutos,” “Psicofonia,” “Vestida De Azucar,” “El Favor De La Soledad,” “Habla Blah Blah”, and “No Querias Lastimarme.” Her most recent release, “El Amor” has already gone platinum, reached number one on the Billboard Latin charts, and boasts two number one singles, “Como Yo Te Amo” and “Las Pequeñas Cosas.” Trevi has placed an incredible 10 albums on the Top 10 Pop Latin Albums chart.

The versatile superstar has toured all of the USA, Mexico and Latin America, and performed in more than 150 cities. Her most recent tour ‘El Amor World Tour” has visited more than 22 US Cities and has over 40 concerts scheduled worldwide. Gloria is the first female Mexican artist in history to sell out 14 concerts at Mexico City’s Auditorio Nacional. Trevi music videos have accumulated over 300 million views worldwide, and she has appeared in countless TV shows, including Mun2’s “A Toda Gloria” a reality series that captured behind the scenes footage of Trevi and her family as they prepared for the extensive “De Película Tour.”

PRESS CREDENTIALS: To request press credentials visit: http://www.bmi.com/press#credentials
Press credentials will be for red-carpet arrivals only. A limited amount of media will be credentialed to cover the awards ceremony. 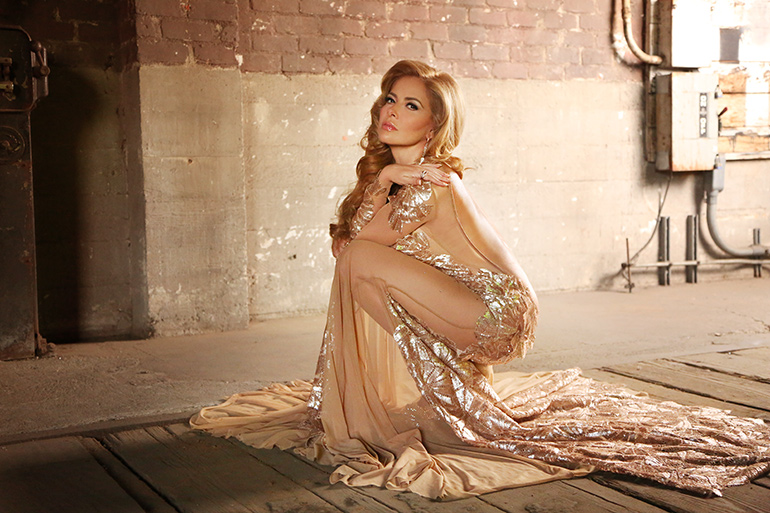