NASHVILLE – March 27, 2014 – Jody Williams and the BMI Nashville Writer/Publisher Relations team recently made the trip to Kingston Springs, TN, just outside of Nashville, to re–present songwriter, artist, and country music mainstay Paul Overstreet with more than 30 BMI Country Awards to replace the ones lost in the massive, historic flood that nearly devastated Nashville and the surrounding cities in 2010. A number of his awards were damaged and a few were even found floating down the Harpeth River, which runs behind Overstreet’s property.

The replacement awards were for such classic songs as Randy Travis’ “Forever and Ever Amen,” Alison Krauss’  “When You Say Nothing at All,” and Kenny Chesney’s “She Thinks My Tractor’s Sexy.” BMI Country Awards are given out annually to the writers and publishers of the year’s most performed songs. Overstreet also published most of his songs, doubling the award count.

Following the presentation, the group treated Overstreet and his family to a catered lunch, celebrating the troubadour’s undeniable mark on the genre. For a complete list of Overstreet’s award-winning songs, see below. 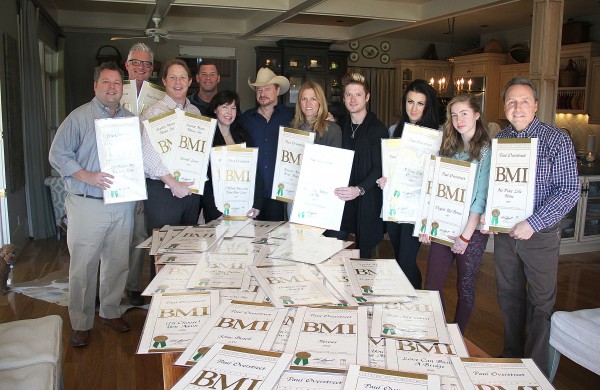 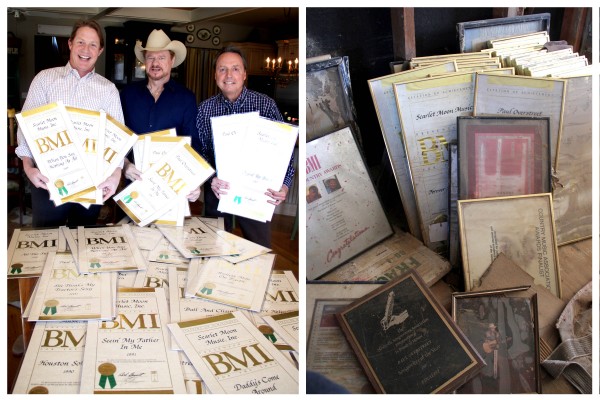 ABOUT BMI
Broadcast Music, Inc.® (BMI®) is a global leader in music rights management, serving as an advocate for the value of music. BMI represents the public performance rights in more than 8.5 million musical works created and owned by more than 600,000 songwriters, composers, and music publishers. The Company negotiates music license agreements and distributes the fees it generates as royaltiesto its affiliated writers and publishers when their songs are performed in public. In 1939, BMI created a groundbreaking open-door policy becoming the only performing rights organization to welcome and represent the creators of blues, jazz, country, and American roots music. Today, the musical compositions in BMI’s repertoire, from chart-toppers to perennial favorites, span all genres of music and are consistently among the most-performed hits of the year. For additional information and the latest BMI news, visit http://www.bmi.com, follow us on Twitter @BMI or stay connected through Broadcast Music, Inc.’s Facebook page.