NASHVILLE, May 9, 2012 – BMI will help make downtown Nashville’s beloved celebration of all things Country Music even bigger with the introduction of the BMI Tailgate Party at the 2012 CMA Music Festival, Thursday, June 7 through Sunday, June 10. Located right off the Cumberland River outside LP Field, the new stage will feature BMI’s rising stars, songwriters behind the hits, honky tonk heroes and guitar gods, and serving as rowdy warm-ups before the nightly headliner shows at LP Field.

The BMI Tailgate Party will start each day of the Festival at 4:30 p.m. and is free and open to the public.

The BMI Tailgate Party at the CMA Music Festival exemplifies both organizations’ continued dedication to supporting songwriters at all levels. BMI’s layered approach to songwriter development comprises educational, creative and promotional opportunities, including the BMI Lehman Engel Musical Theatre, Jason Blume Songwriters’ and Jazz Composers Workshops; 8 off 8th, Pick of the Month and Acoustic Lounge showcase series; the Road to Bonnaroo; and stages at premier festivals including Lollapalooza, South By Southwest, the Key West Songwriters Festival and the Austin City Limits Music Festival. BMI has also been a strong supporter of the CMA Songwriters Series, now in its eighth year, which has performed shows in Belfast, Boston, Chicago, Dublin, London, Los Angeles, Nashville, New York City, and Washington D.C. 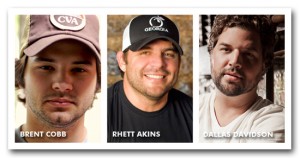 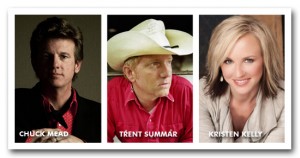 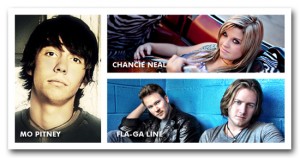 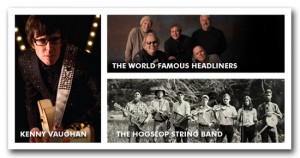 About CMA Music Festival
CMA Music Festival, now in its 41st year, is an unparalleled music experience celebrating America’s music. Taking place Thursday through Sunday, June 7-10, this event brings the community together with fans from around the world. Last year, the event attracted more than 65,000 fans daily from all 50 states and 26 nations. The 2012 CMA Music Festival will once again be filmed for an ABC Television Network television special to air later this summer. Four-day ticket packages are on sale and fans can purchase tickets through Ticketmaster at Ticketmaster.com or 1-800-745-3000. Tickets can also be purchased through CMAfest.com or 1-800-CMA-FEST. Ticket prices are based on the level of seating at LP Field for the Nightly Concerts. Fans should order their tickets now to guarantee their place at the event USA Today named “the crown jewel of Country Music festivals” and the reigning winner of the International Entertainment Buyers Association’s (2004, 2006, 2008, and 2010) LIVE! Award for Festival of the Year. For more information, visit CMAfest.com.