WHAT:  Juanes will headline the ACL Live Moody Theatre during SXSW 2012. Presented by BMI, the show is open to Platinum and Music badges. Juanes will unveil songs from his upcoming album, JUANES: MTV Unplugged, which features a combination of his best-loved hits and new material.

WHO: Juanes has sold more than 15 million albums around the world, and while many of his contemporaries have recorded bilingual or English projects in the hunt for crossover success, the Colombia native has continued to write and record exclusively in Spanish. From the social commentary of “Minas Piedras,” which condemns landmines and mourns victims of the horrific weapons, and “Bandera De Manos,” an anthemic call for Latin Americans to unite, to the robust Latin rock of hits “Fijate Bien,” “Es Por Ti,” “A Dios Le Pido,” “La Camisa Negra,” “Lo Que Me Gusta a Mi,” “Nada Valgo Sin Tu Amor,” “Fotografia,” and “Me Enamora,” Juanes’ songs combine masterful lyrics and powerfully emotional melodies that transcend language. In addition to becoming one of Latin America’s most iconic stars, Juanes has topped charts in non-Spanish-speaking countries such as Germany, Italy and Switzerland. The recipient of multiple Latin Grammy and Grammy awards, he was recently named the Billboard Latin Star of the Decade. BMI honored him with its prestigious President’s Award in 2010. Juanes will release “La Señal,” the first single from his new album JUANES: MTV Unplugged, on March 6.

Through his Fundación Mi Sangre, Juanes also supports key causes including early childhood education in Latin America, the global eradication of landmines and increased care and rehabilitation for victims of those deadly devices. A dedicated humanitarian, Juanes is also the co-founder of the historic Paz Sin Froteras concerts, which made headlines around the world in 2009 after drawing a record-breaking 1.2 million young Cubans to Havana’s Revolution Square in a demonstration of unified commitment to nonviolent conflict resolution.
www.juanes.net

BMI will host key events throughout SXSW 2012, from educational panels – including a conversation with Mark Mothersbaugh March 13 and a discussion featuring John Doe, Todd Snider and Jesse Maylin on March 15 – to indie showcases, industry mixers, the Friday-night Auditorium Shores concert headlined by Counting Crows and more. Check bmi.com/sxsw for the full schedule, and follow @BMI on Twitter and Facebook for the latest updates.

About SXSW
South By Southwest (SXSW) Music and Media Conference, taking place March 13 - 18, 2012, features a legendary festival showcasing more than 2,000 musical acts of all genres from around the globe on over ninety stages in downtown Austin. By day, the Austin Convention Center comes alive with conference registrants doing business in the Trade Show and partaking of a full agenda of informative, provocative panel discussions featuring hundreds of speakers of international stature. In its 26th year, SXSW remains an essential event on the music industry calendar. For more information, access our website at http://sxsw.com.

For Juanes, please contact John Reilly
212-445-8440
.(JavaScript must be enabled to view this email address)

For SXSW press coverage, please e-mail .(JavaScript must be enabled to view this email address) 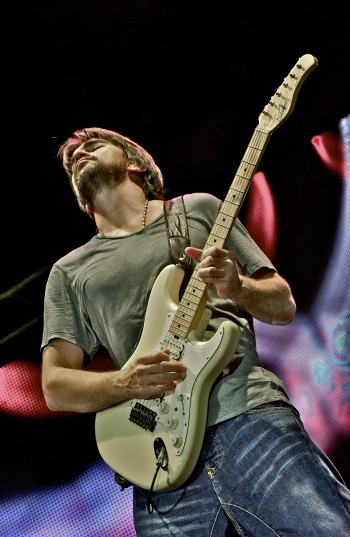