LOS ANGELES, February 15, 2012 – Iconic multi-media composer and rock pioneer Mark Mothersbaugh and Doreen Ringer Ross, Vice President, Film/TV Relations for BMI, will come together for an in-depth conversation about music in film, television, gaming and the myriad other areas of Mothersbaugh’s expertise on Tuesday, March 13 at the 2012 SXSW Film Festival.

The anticipated Q&A is slated for 11 a.m. until noon at the Austin Convention Center, and will be open to festival badge holders.

Mark Mothersbaugh is one of this era’s most unique and prolific composers. Deeply aware of the ability of precise, multi-faceted artistic expression to deliver vital social commentary, he has perpetually challenged and redefined musical and visual boundaries. Mothersbaugh co-founded influential rock group DEVO, and then parlayed his avant-garde musical background into a leading role in the world of scoring for filmed and animated entertainment, interactive media and commercials. As an award winning composer, he has created the memorable scores for films and television series such as Cloudy with a Chance of Meatballs, Enlightened, Rushmore, The Royal Tenenbaums, The Life Aquatic, Alvin and the Chipmunks 3: Chipwrecked, Catfish, National Geographic’s Born to Be Wild, Catherine Hardwicke’s Thirteen and Lords of Dogtown, Pee Wee’s Playhouse, the hugely successful Rugrats television, stage and film franchise, and too many other projects to list. This year a number of high profile films featuring Mark’s scores will be released, starting with 21 Jump Street, and including Jason Statham’s forthcoming thriller, Safe, and Sony Animation’s Hotel Transylvania (starring Adam Sandler). Through his multimedia company, Mutato Muzika, Mark has scored hundreds of commercials. Mothersbaugh received the BMI Richard Kirk Award for Outstanding Career Achievement - the highest honor BMI bestows on film composers - at the organization’s 2004 Film/TV Awards. He can currently be seen as the art teacher on the hit television series, Yo Gabba Gabba!

Doreen Ringer Ross is one of film and television music’s foremost executives. As Vice President, Film/TV Relations for BMI, she directs all of BMI’s activities serving film, television and game composers, from organizing key workshops and other programs, to recruiting and maintaining BMI’s industry-leading roster of composers. Ringer Ross serves as President of the Board for The Mr. Holland’s Opus Foundation, which has donated over 15,000 new and refurbished instruments worth $12,700,000 to 1,260 school and community music programs across the country. She is also a member of the Peabody Awards Board, Advisory Board of the American Youth Symphony, Advisory Board for the IFP Rough Cut Lab and the board of the World Soundtrack Awards.

Broadcast Music, Inc.® (BMI®), a global leader in rights management, is an American performing rights organization that represents more than 500,000 songwriters, composers and music publishers in all genres of music and more than 7.5 million musical works. BMI has represented the most popular and beloved music from around the world for more than 70 years. The company provides licenses for businesses that perform music, and distributes the fees it generates as royalties to the musical creators and copyright owners it represents. Find out more at http://www.bmi.com, follow @BMI on Twitter and stay connected through Facebook. 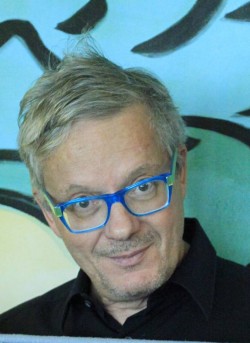