Lemmo, Finish Ticket, the New Limb and Rimpau share the bill for the first installment of BMI Live Presents: On the Verge. Doors open at 8:00 p.m.; showcase begins at 8:30 p.m. Tickets can be purchased for $10, and 21 and older are welcome.

About the artists kicking off BMI Live Presents: On the Verge at the Viper Room on January 17: 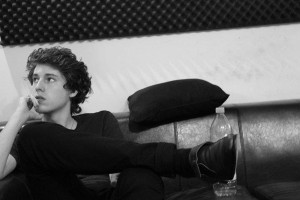 Lemmo is an accomplished singer/songwriter who sets his songs apart with his distinctive guitar style. A native of Pennsylvania, 22-year-old Lemmo has been playing music since the age of 11 and never looked back. Combining his love for electric guitar and the soulful sounds of idols like Jeff Buckley, he has the start of something truly unique.
http://www.facebook.com/Lemmomusic 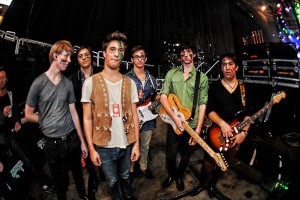 Finish Ticket is young and promising indie pop band from the San Francisco Bay Area, consisting of twin brothers Brendan and Michael Hoye, and Alex DiDonato. They formed the band in 2008 while still in high school, quickly becoming recognized by many Bay Area tastemakers as one of region’s best new acts. Now barely out of high school, Finish Ticket has self-released two EPs, “Life Underwater” in 2009 and “Shake a Symphony” in 2010, and has opened for large touring acts, such as the Smashing Pumpkins, Phoenix, the Black Keys, Broken Bells, Awolnation, 100 Monkeys, Young the Giant, and more. You can hear songs “New York” and “Rivers” played in regular rotation on The Bay Area’s Live 105 (FM 105.3), and the band is currently writing and recording new songs for an upcoming full-length album.
http://www.facebook.com/finishticket 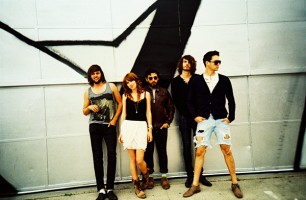 Hailing from Silverlake, the New Limb released their debut album Sounds People Can Hear, produced by Tom Mgrdichian, on April 3, 2010. Known for their incredible live show, stellar harmonies and “genre-bending” sound, the indie rock quintet is one of a kind. Pulling influences from a century’s worth of songwriters, the New Limb truly has a unique but familiar sound, which has earned comparisons to Arcade Fire, the Zombies, Stars and the Shins.
http://www.facebook.com/thenewlimb 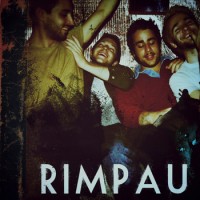 Rimpau is four friends who love to make music together. Brought together at the California Institute of the Arts in spring of 2009, the quartet has been writing and performing as a collective ever since. Rimpau are pleased to announce the release of their self-titled EP, which is available for free download on bandcamp.
http://rimpaumusic.bandcamp.com/album/rimpau-ep

BMI Live:
BMI Live is designed to be the most accurate distribution of live musical performance royalties in the United States. The program allows performing songwriters to input up to six months of their performance data to be considered for payment. Participants may input their tour information at their convenience for concerts from the previous six months and receive these royalty payments quarterly. Both headliners and opening acts may input tour information, and the program is open to all BMI members. As the global leader in rights management, BMI is the only American performing right organization that tracks and pays royalties for the top 300 live concert tours in the nation each quarter. BMI also tracks and pays royalties for music used in many different venues, including sports arenas, stadiums, aircraft and theme parks, as well as radio and television.

About BMI
Broadcast Music, Inc.® (BMI®), a global leader in rights management, is an American performing rights organization that represents more than 500,000 songwriters, composers and music publishers in all genres of music and more than 7.5 million musical works. BMI has represented the most popular and beloved music from around the world for more than 70 years. The company provides licenses for businesses that perform music, and distributes the fees it generates as royalties to the musical creators and copyright owners it represents. Find out more at www.bmi.com, follow @BMI on Twitter and stay connected through Facebook.