Prior to the presentation of awards, guests enjoyed a round of intimate performances from a selection of Christian music’s elite composers and rising stars. 2009 Dove New Artist of the Year nominee Fee front man Steve Fee delivered an acoustic rendition of BMI Award-winner “All Because Of Jesus”; songwriters Jim Daddario and Catt Gravitt, joined by Jim Kimball on guitar, performed their BMI Award-winning composition “In Better Hands,” recorded by Natalie Grant.

Prolific producer, choir director and songwriter Donald Lawrence earned the BMI Songwriter of the Year crystal thanks to his compositions “Giants,” recorded by Donald Lawrence Presents the Tri-City Singers, and “Livin’,” recorded by the legendary Clark Sisters. A profoundly influential figure in contemporary gospel music, Lawrence was also an honoree at the prestigious BMI Trailblazers of Gospel ceremony in January of this year.

The impassioned testimonial “Never Would Have Made It” garnered the BMI Song of the Year honors for Stellar Award-winner and Grammy-nominated Pastor Marvin Sapp and his esteemed collaborator Matthew Brownie. Recorded by Pastor Sapp on his critically acclaimed album Thirsty, “Never Would Have Made It” was published by Marvin L. Sapp Music and Minstrel Melodies. Pastor Sapp will also vie for the Artist of the Year title at the 2009 Dove Awards on April 23 in Nashville.

The ceremony also feted Publisher of the Year Universal Music Publishing Group (Bridge Building Music, Universal Music-Z Songs). The award is determined by the highest percentage of copyright ownership in award songs, and the company’s four award-winning songs include Donald Lawrence’s two award-winners, as well as “Give Me Words to Speak,” written and performed by Aaron Shust, and “Love Song for a Savior,” co-written and recorded by Matt Bronleewe, Dan Haseltine, Charlie Lowell, and Steve Mason of Jars of Clay.

A complete list of the 2009 BMI Christian Awards is available at http://www.bmi.com. Downloadable, high resolution photos and press materials will be available Monday, April 21 at 10 a.m. on http://www.bmi.com/press. To request access, please contact .(JavaScript must be enabled to view this email address).

Broadcast Music, Inc.® (BMI) is an American performing right organization that represents more than 375,000 songwriters, composers and music publishers in all genres of music and more than 6.5 million works. BMI’s latest financial results, $901 million for its 2008 fiscal year, are the highest performing right collections for any copyright organization in the world. BMI has represented the most popular and beloved music from around the world for over 65 years. The U.S. corporation collects license fees from businesses that use music, which it then distributes as royalties to the musical creators and copyright owners it represents. 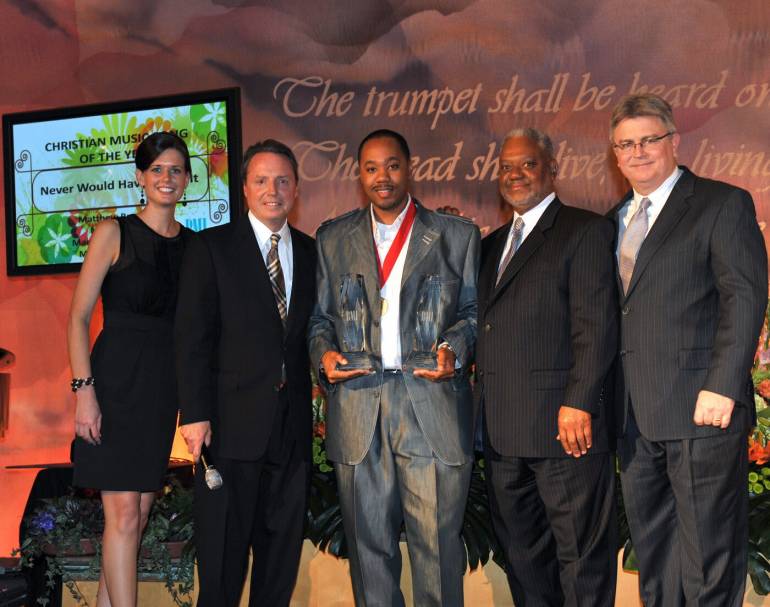 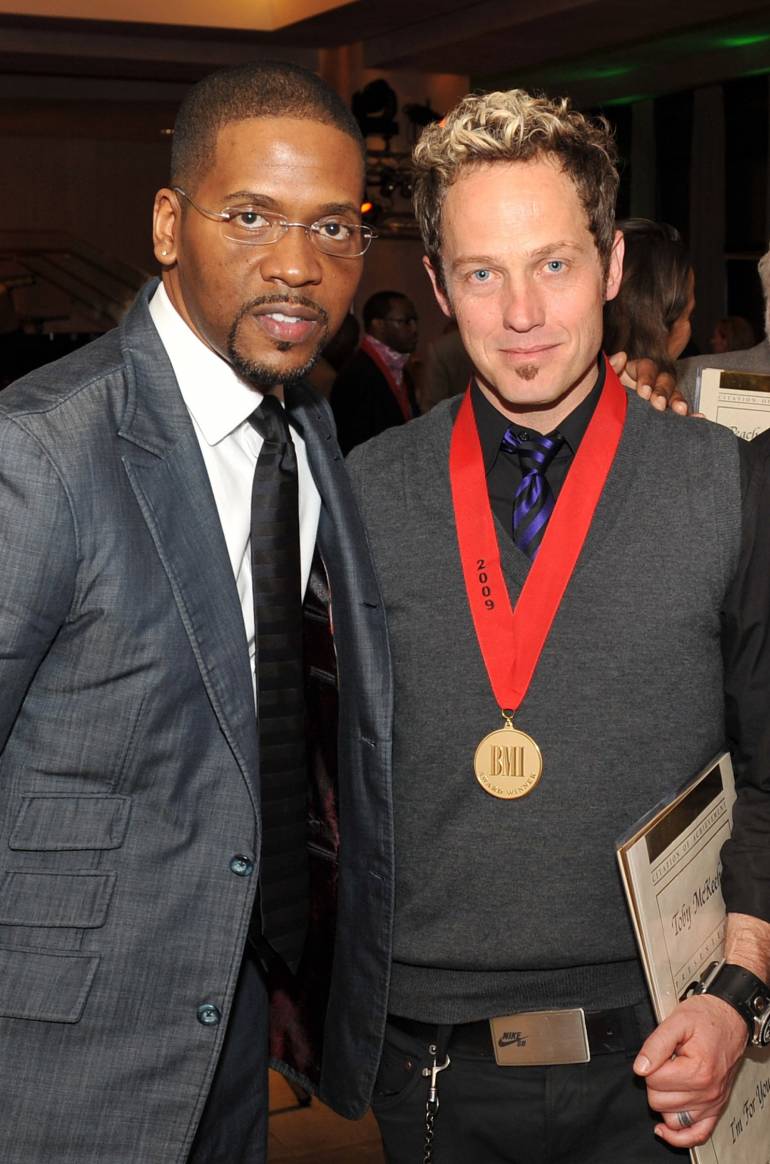 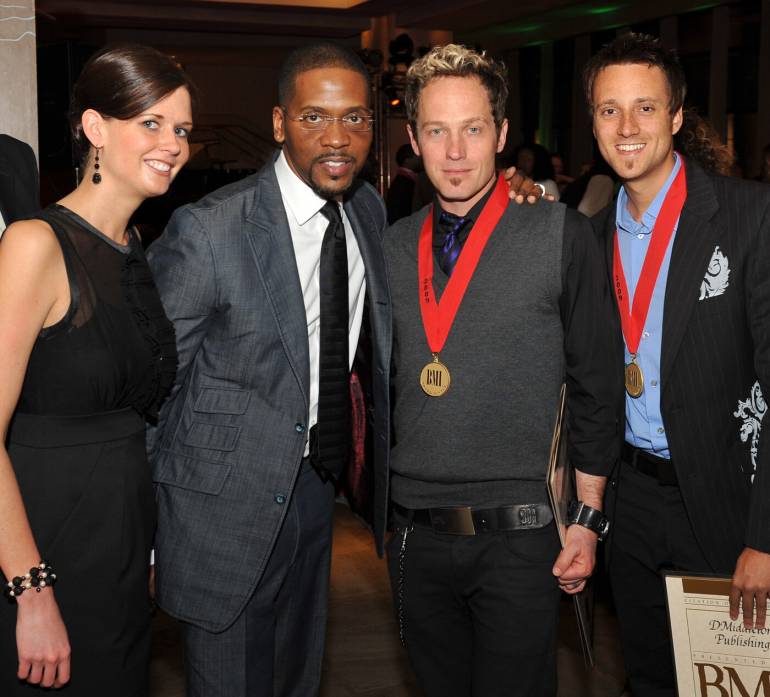 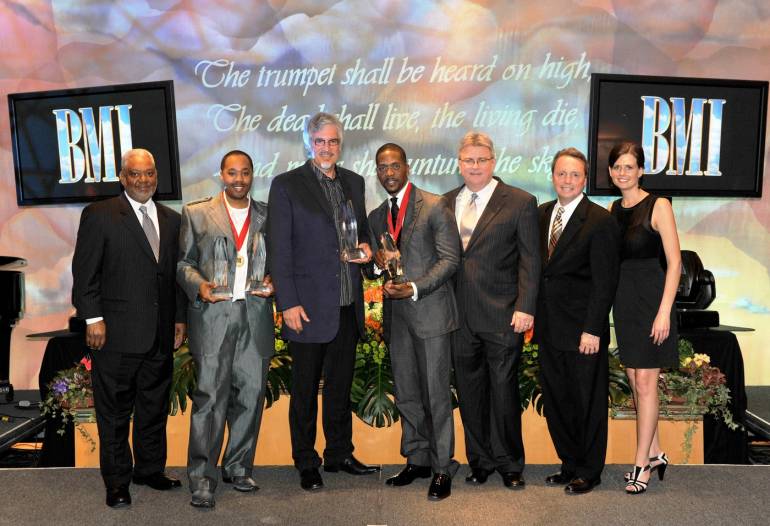 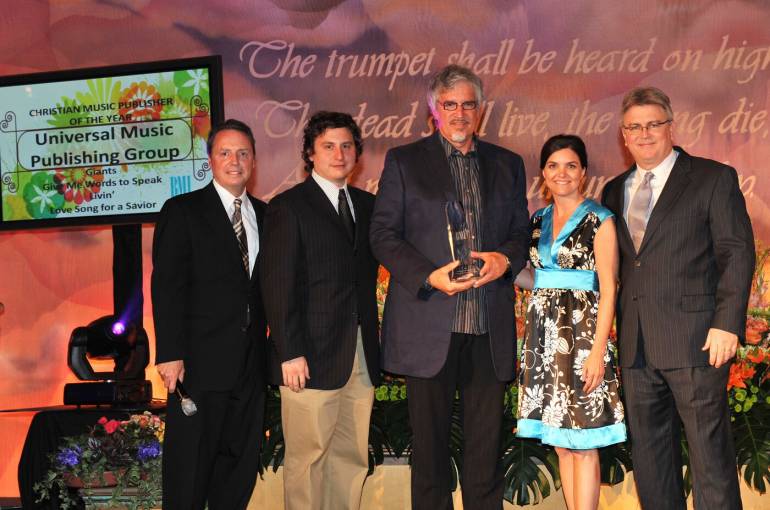 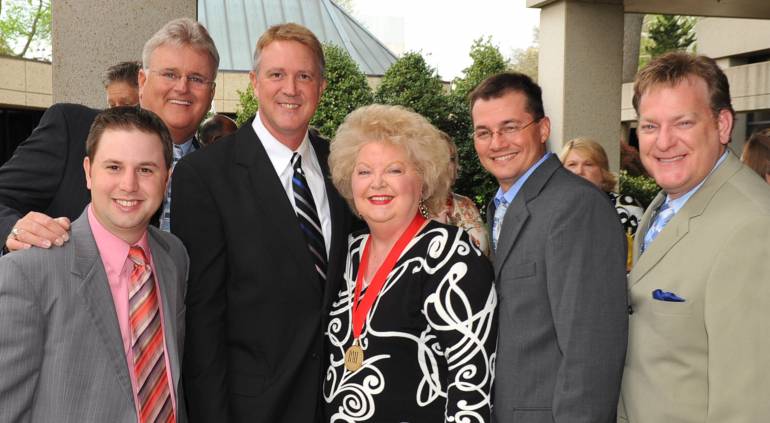 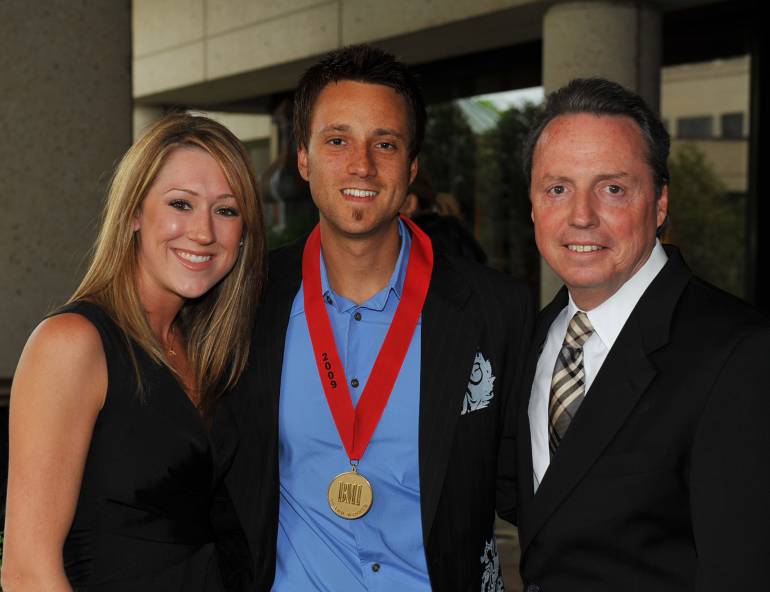 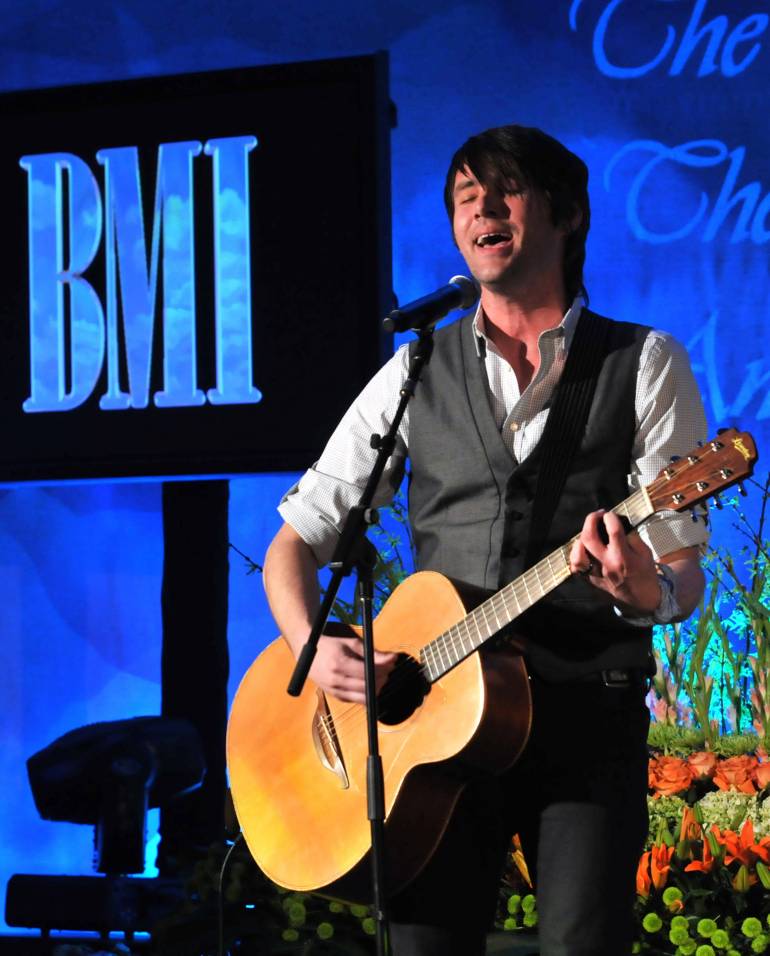 Dove Award nominee Steve Fee performs his award-winning “All Because of Jesus” at the 2009 BMI Christian Music Awards.

BMI songwriter medallions hang around, ready for their deserving recipients.