Nashville, October 3 – Performing rights organization BMI staged the 48th edition of its Country Awards tonight, with superlative honors reserved for “Amazed,” songwriters Al Anderson and Skip Ewing, songwriter/artists Martie Seidel and Shania Twain, and publishing giant Sony/ATV Tree.  BMI Citations of Achievement were presented by President & CEO Frances W. Preston and Vice President Roger Sovine to the songwriters and publishers of the past year’s 50 most performed songs during a black-tie gala at the company’s Music Row offices. This celebration—the oldest awards program saluting country music’s creators—culminated in the announcements of Country Song, Songwriter, and Publisher of the Year.

Al Anderson’s winning titles were “Powerful Thing,” “Big Deal” and “Unbelievable” (the last two co-written with Jeffrey Steele).  Anderson, former NRBQ guitarist who has written hits for Carlene Carter, Hal Ketchum and The Mavericks, previously earned BMI Awards for “All You Ever Do Is Bring Me Down” and “Should’ve Asked Her Faster.”

Skip Ewing, who has scored hits for Kenny Chesney, Clint Black and Bryan White as well as for himself, brought his BMI Awards total to 14 citations with the success of “Put Your Hand In Mine,” “Wish You Were Here” and “You Had Me From Hello.”

Martie Seidel of the Dixie Chicks saw her first-ever BMI Awards – for “Cowboy Take Me Away,” “Ready To Run” and “You Were Mine” – deliver a share of the night’s top songwriting prize.  “You Were Mine” (composed with sister/Chick Emily Robison) is from the Monument trio’s 10-million-selling Wide Open Spaces album; the other two songs (with collaborator Marcus Hummon) were #1 hits from six-times-platinum album Fly.

Returning champ Shania Twain’s award-winning compositions were “Come On Over,” “Man!  I Feel Like A Woman” and “That Don’t Impress Me Much,” all from the 17-times platinum Mercury release Come On Over (the best-selling album in country music history and the best-selling album ever by a female solo artist). The 1999 CMA Entertainer of the Year, who captured both BMI Country Songwriter and Song (“You’re Still The One”) honors last year, was also crowned BMI Pop Songwriter of Year the past two years; she now owns 22 BMI Country and Pop Awards.

Highlights of the evening included the presentation of the President’s Award to Alabama; songwriter members Randy Owen and Teddy Gentry accepted the sterling silver loving cup.  BMI created the President’s Award in 1993 to honor an exceptional person or persons in the entertainment industry deserving of special recognition.  Presented tonight for only the fourth time, the honor has previously been bestowed on Harlan Howard, Brian Wilson and Earle Hagen.  Preston also recognized the family of the late Faron Young on the eve of the BMI songwriter’s induction into the Country Music Hall of Fame.

The BMI Country Awards, the first songwriter awards event to be carried live on the internet, were made available to the world wide web audience through coverage by liveonthenet.com.

Four songs were cited for the second time.  The Nat Stuckey-penned “Pop A Top” picked up its first Country Award in 1968; “Stand Beside Me,” “This Kiss” and “Unbelievable” each posted a previous win in 1999.

Among this year’s honorees, 31 songs have earned the status of BMI Million-Air (accumulating at least one million broadcast performances) for a total of over 36 million performances. “God Must Have Spent A Little More Time On You” and “Crazy Little Thing Called Love” have each reached the two million milestone; “Missing You” has hit the four million mark.  All three songs have also previously garnered BMI Pop Awards.  Based on an average length of three minutes, one million airplays is the equivalent of 50,000 hours or 5.7 years, continuously; Million-Airs on the 2000 Country list translate into 1.8 million hours or 205+ years of continuous airplay.

BMI’s Citations of Achievement are given annually in recognition of popularity in the field of country music, as measured by feature broadcast performances on American radio and television; the 2000 Country Awards eligibility period ran April 1, 1999 through March 21, 2000.

Founded in 1940, BMI is an American performing rights organization represent-ing more than 250,000 songwriters, composers and music publishers in all music genres.  Through music performance and reciprocal agreements, it grants businesses and media access to its repertoire of more than 4.5 million musical works from around the world.

A complete list of the winners of the 2000 BMI Country Awards follows.  For additional coverage, visit http://www.bmi.com 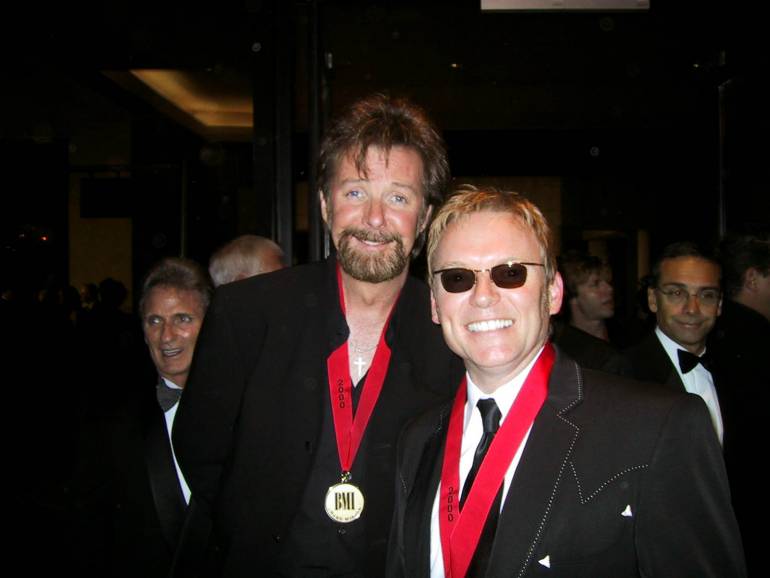 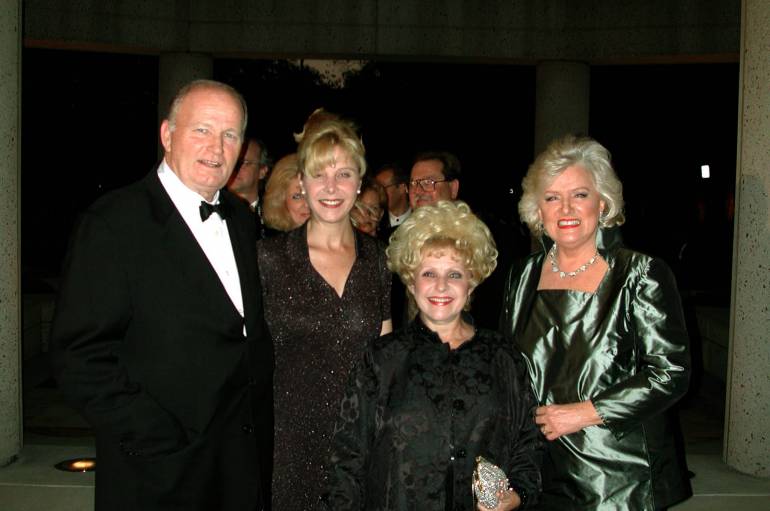 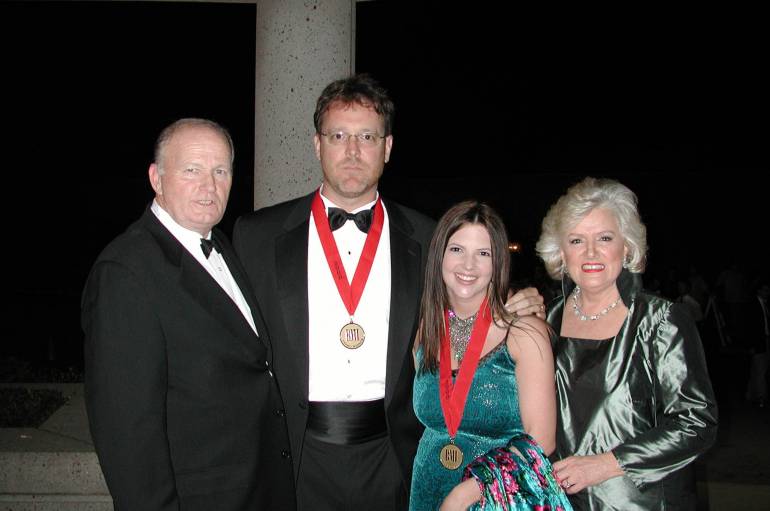 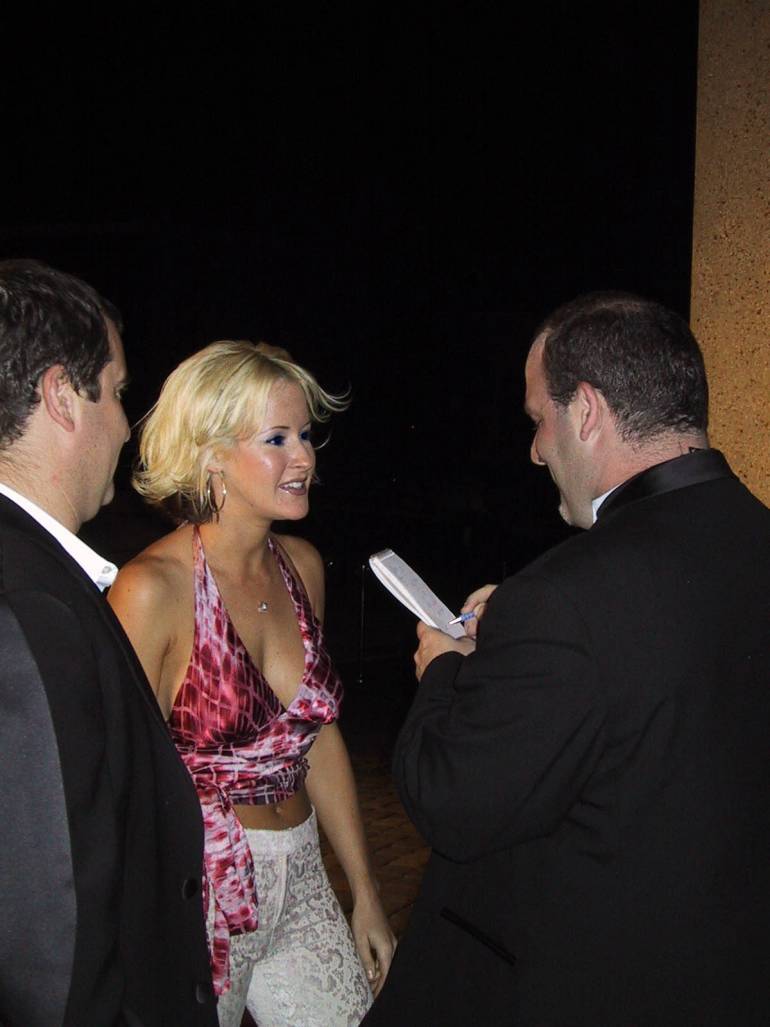 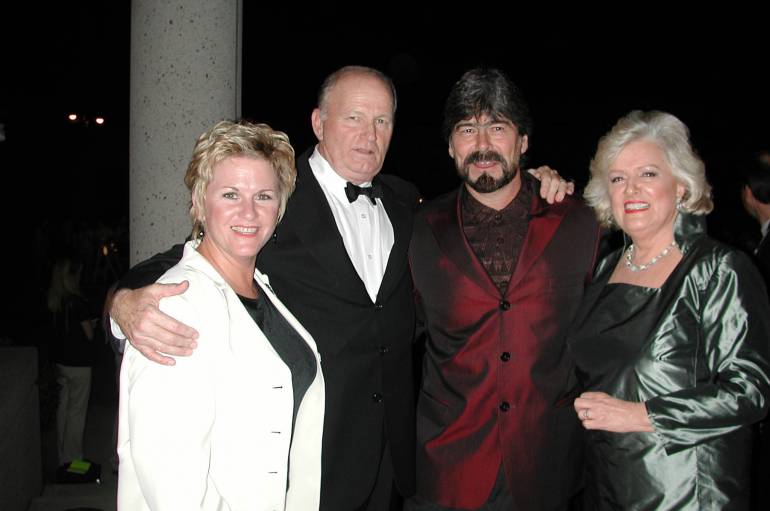 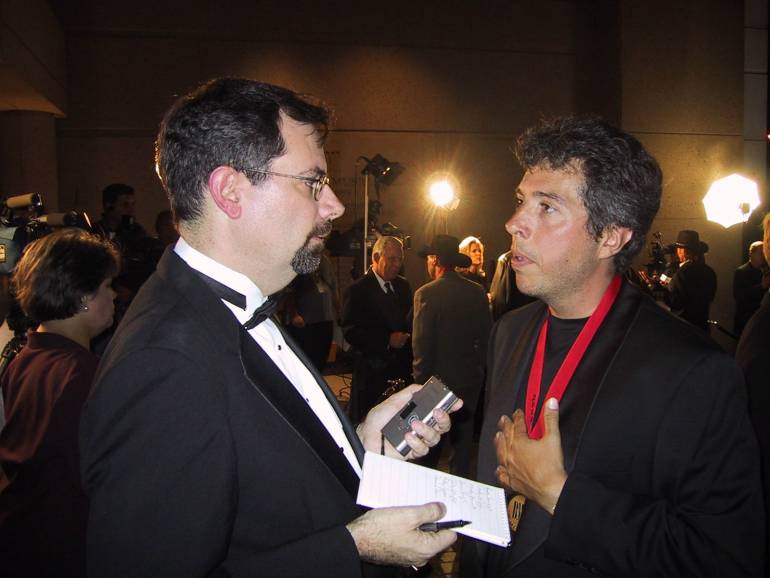 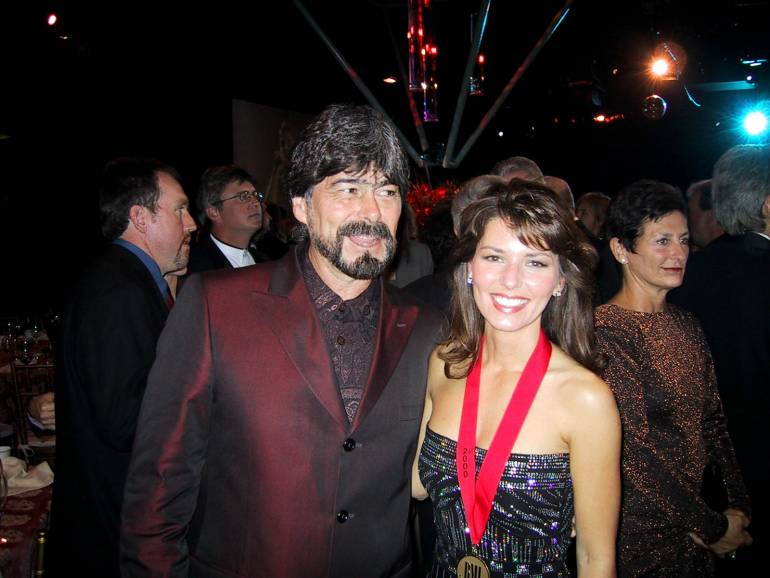 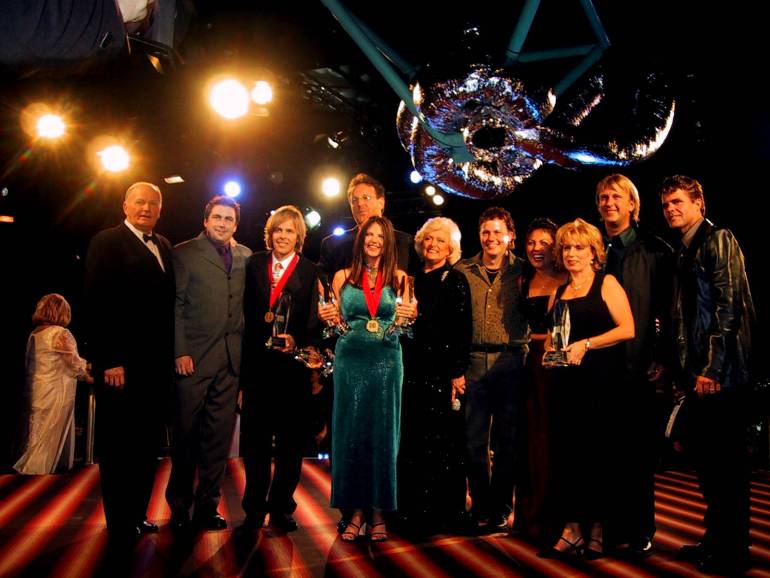 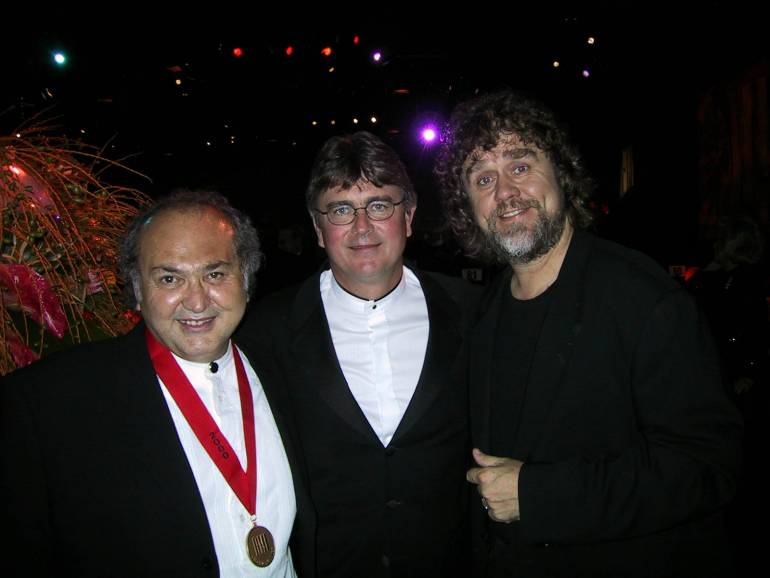 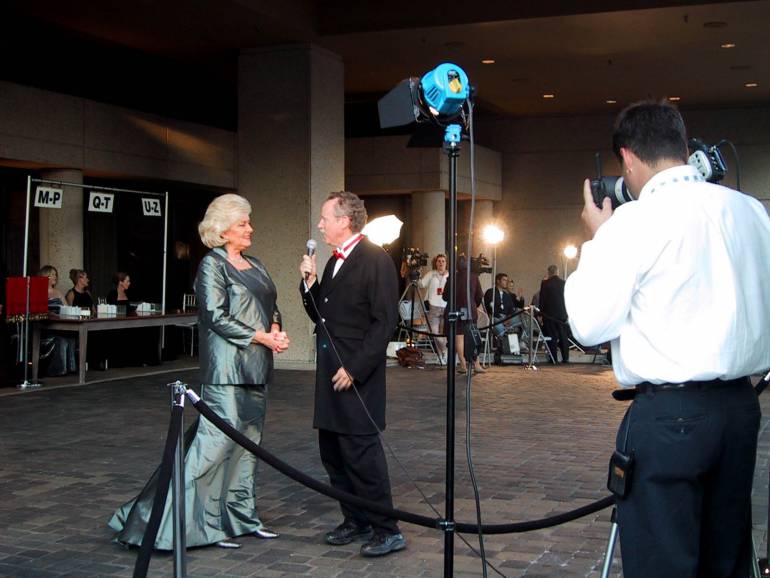 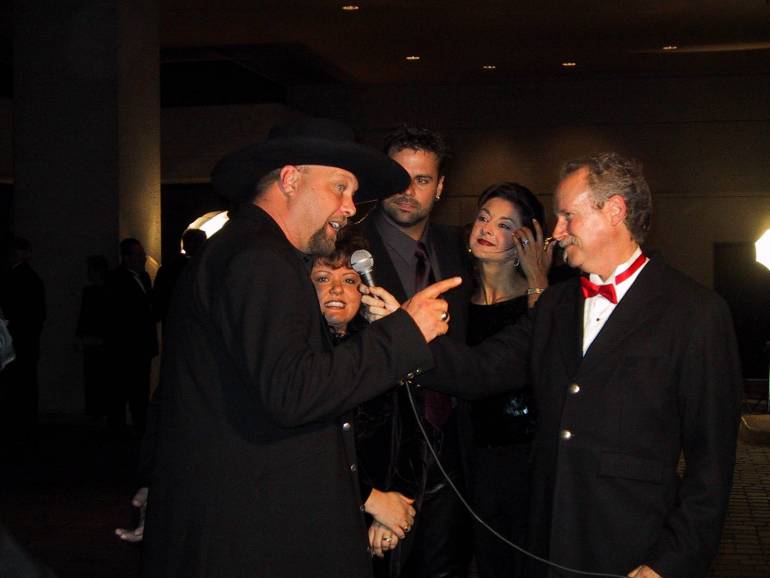 Eddie Montgomery, Troy Gentry and Their Wives Interview for Webcast with Bob Oermann 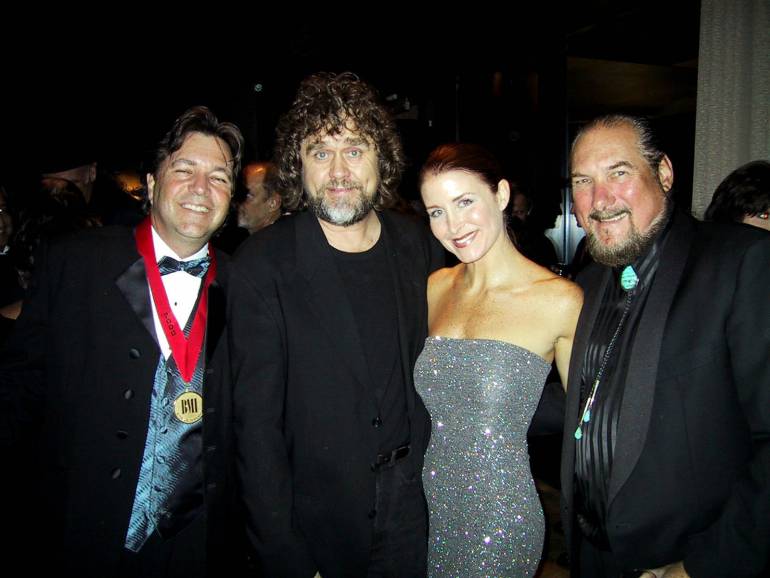 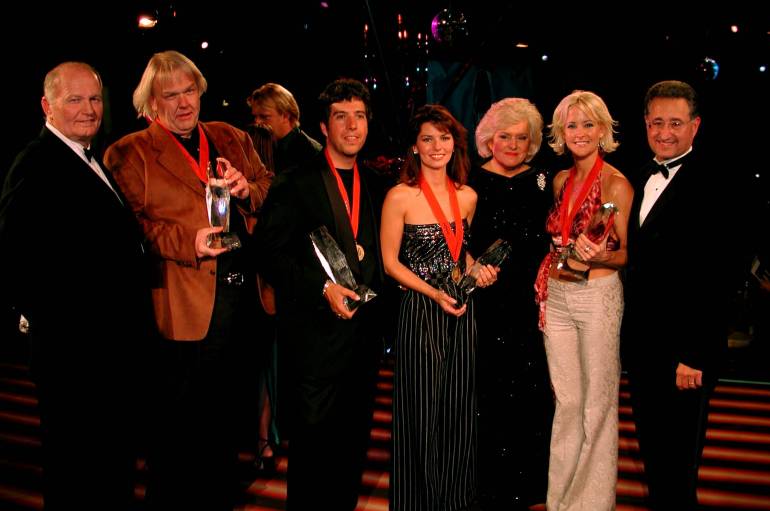 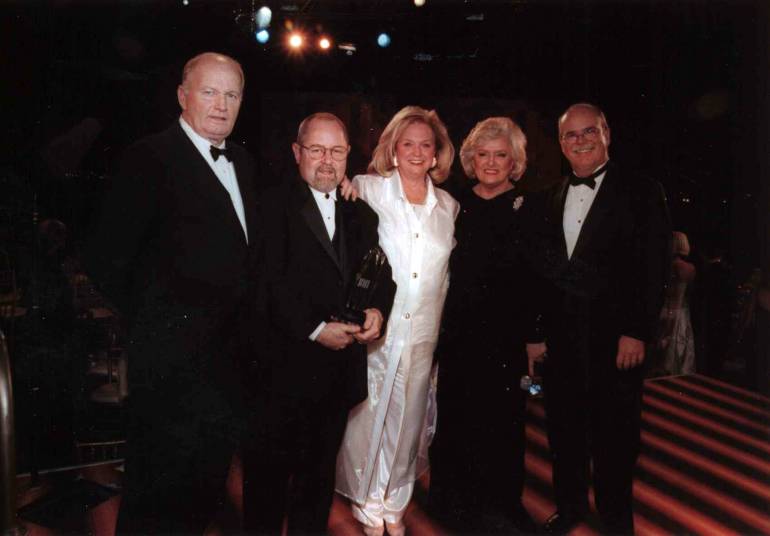