Two In A Row For Songwriter Of The Year Estéfano

SHAKIRA AND TIM MITCHELL’S ‘SUERTE’ NAMED SONG OF THE YEAR

Writer/producer Estéfano was named BMI Latin Songwriter of the Year for the third time with three songs on the most performed list, including “Necesidad” and “Usted Se Me Llevó La Vida,” both recorded by Alexandre Pires, and “Tú Y Yo” recorded by Thalía. Estéfano, who earned the prestigious title at last year’s BMI Latin Awards, also shared the Songwriter of the Year crown with Marco Antonio Pérez, Mario Quintero, Kike Santander and Shakira at the 2000 awards ceremony.

A hit in both Spanish and English, Shakira’s “Suerte” (“Whenever, Wherever”), co-written with Tim Mitchell and published by Aniwi Music, LLC and Foreign Imported Productions and Publishing, Inc., earned Song of the Year accolades as the most performed song in the BMI Latin catalog. The #1 hit is from the Latin diva’s multi-platinum Spanish and English-language album, Laundry Service.

Peermusic was named Publisher of the Year with a record 12 songs on the most performed list, including Luis Miguel’s “Amor, Amor, Amor,” “Derecho A La Vida” by Conjunto Primavera, and “Nada” by Juanes. This is the fourth time the powerhouse music publisher has earned the top honor at the BMI Latin Awards.

BMI is a U.S. performing rights organization that represents more than 300,000 songwriters, composers and music publishers in all genres of music. Founded in 1940 as a non-profit-making corporation, BMI opened the door to performing rights representation for songwriters and composers of all types of music including Spanish-language music. Through its musical performance and reciprocal agreements with sister organizations around the world, BMI grants businesses and media access to its repertoire of more than 4.5 million songs and compositions.

High-resolution photos of the 2003 BMI Latin Awards are available for downloading on the BMI Media Relations press web site at press.bmi.com. Please see contacts below for a Spanish version of this release. For a complete list of award winning songs, please visit bmi.com.

Betty Del Rio
Top One Entertainment
305- 861-3545
.(JavaScript must be enabled to view this email address) 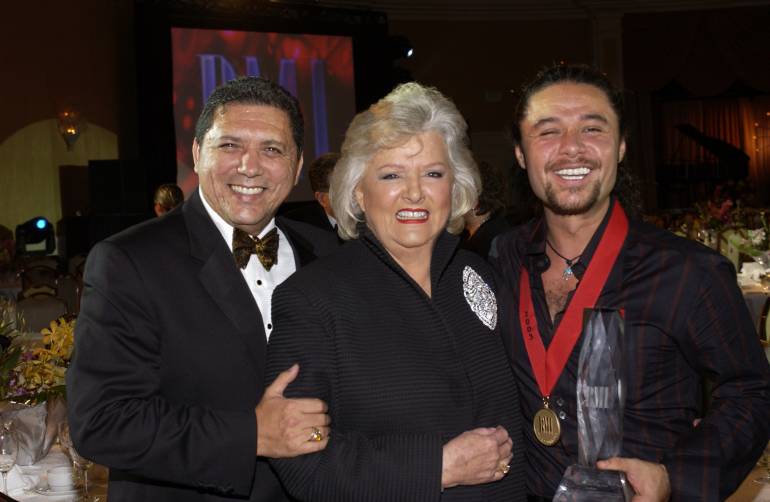 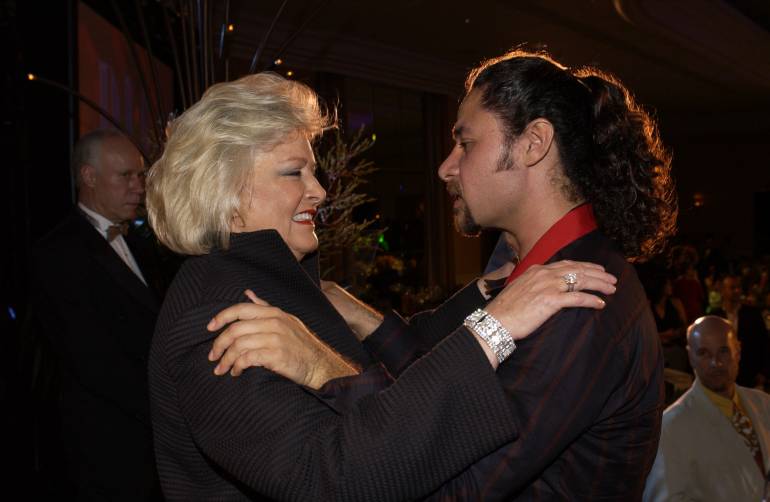 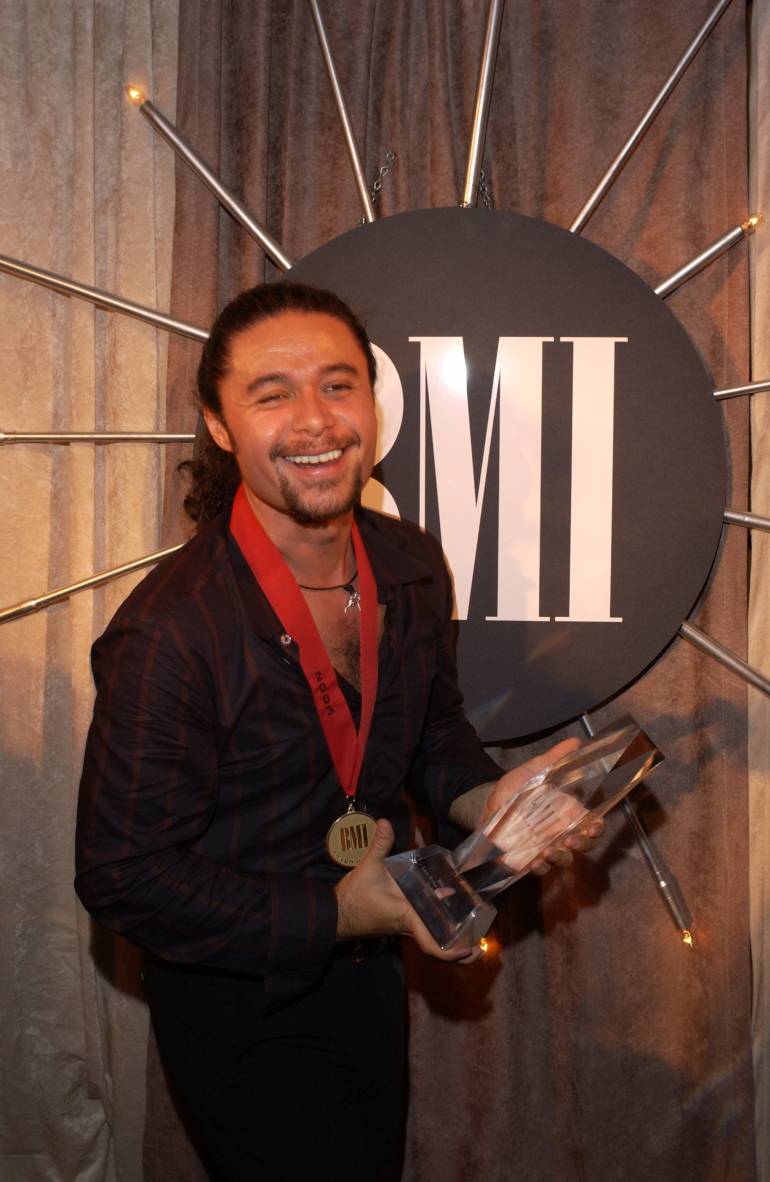 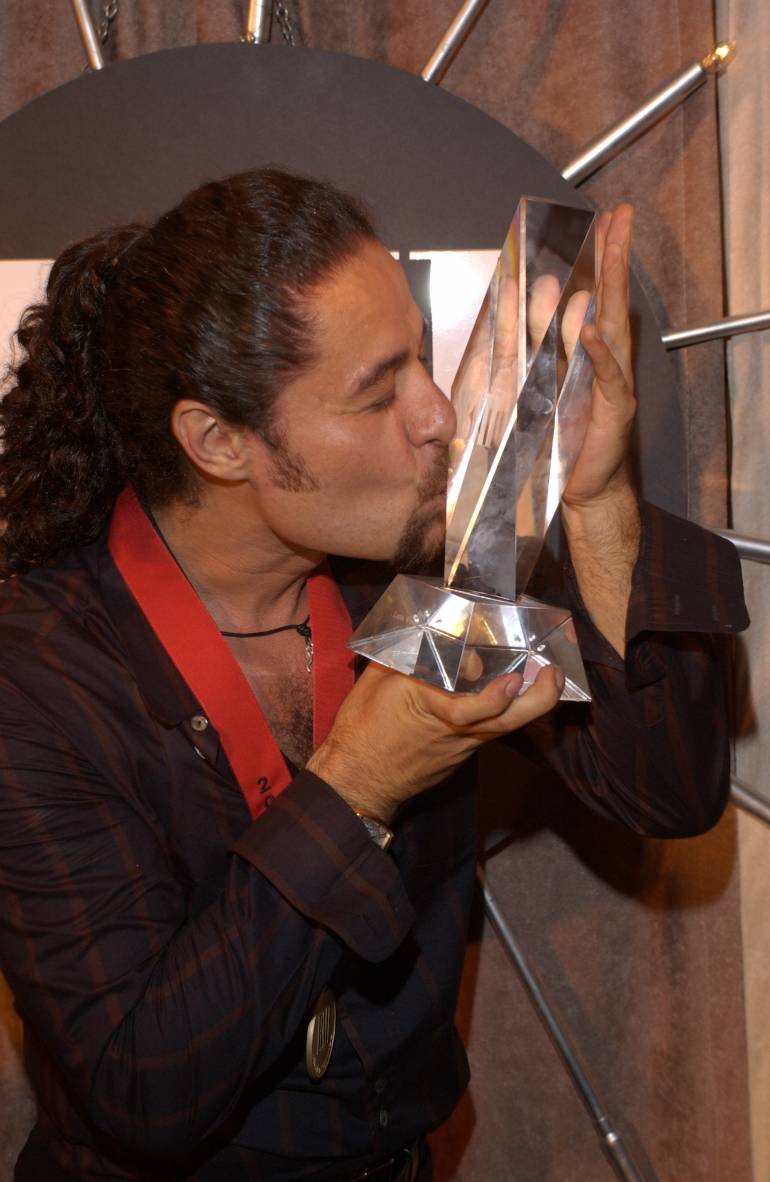 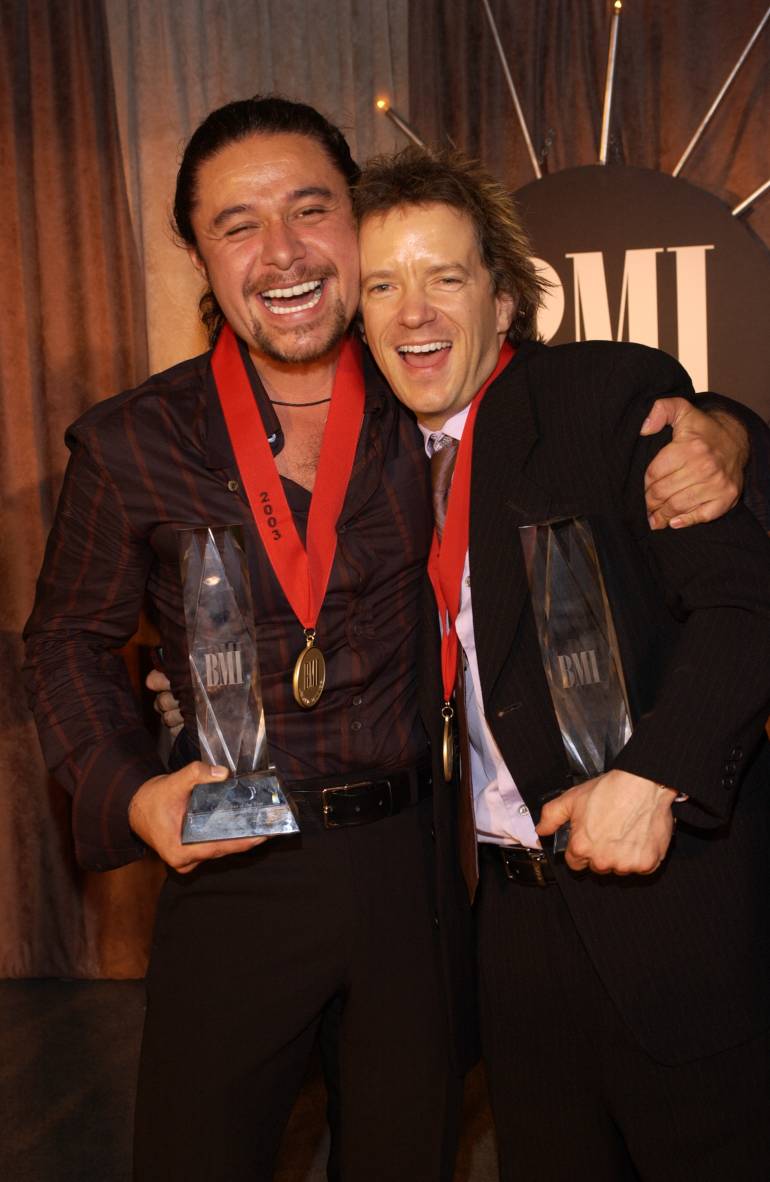 BMI Latin Award Winners. Estefano, Songwriter of the Year; Tim Mitchell, Co-Writer with Shakira of the BMI Latin Song of the Year, Suete. 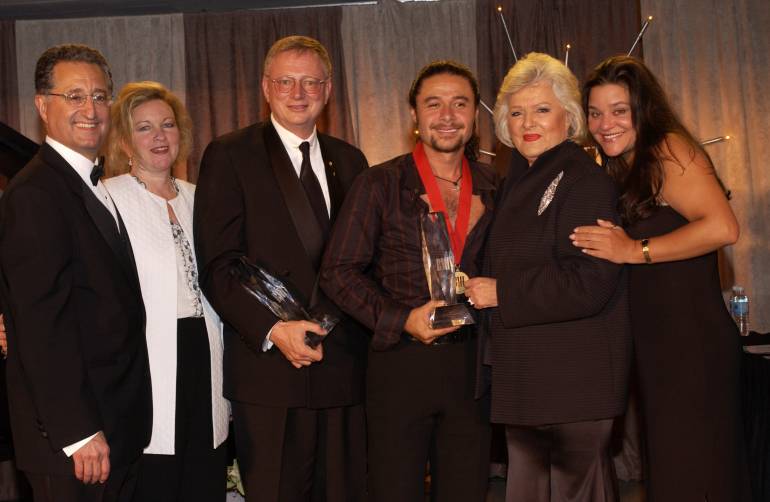 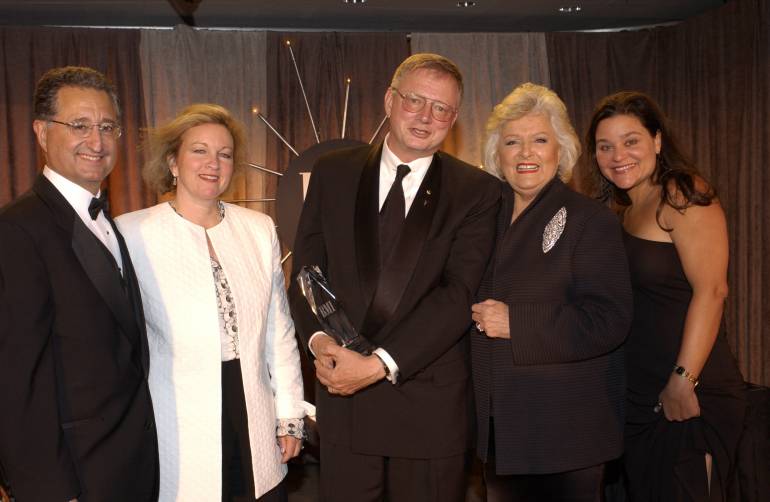 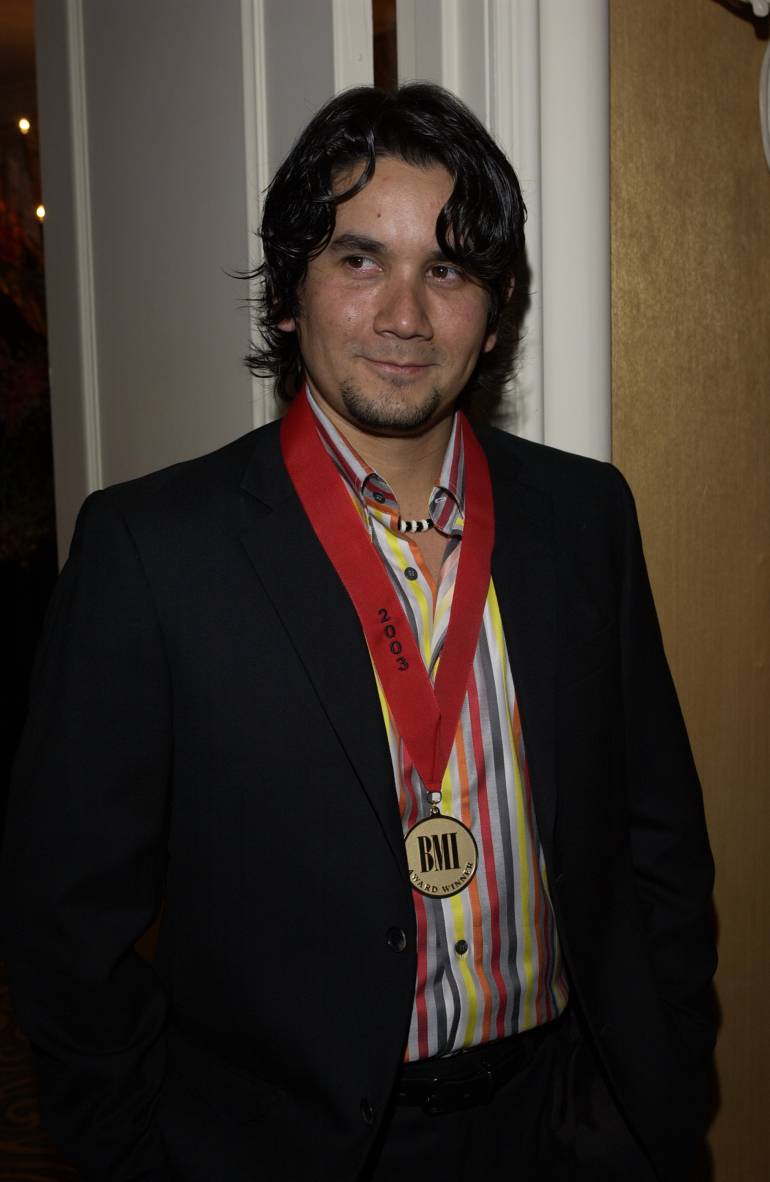 Jorge Villamizar, award songwriter and member of the band "Bacilos" 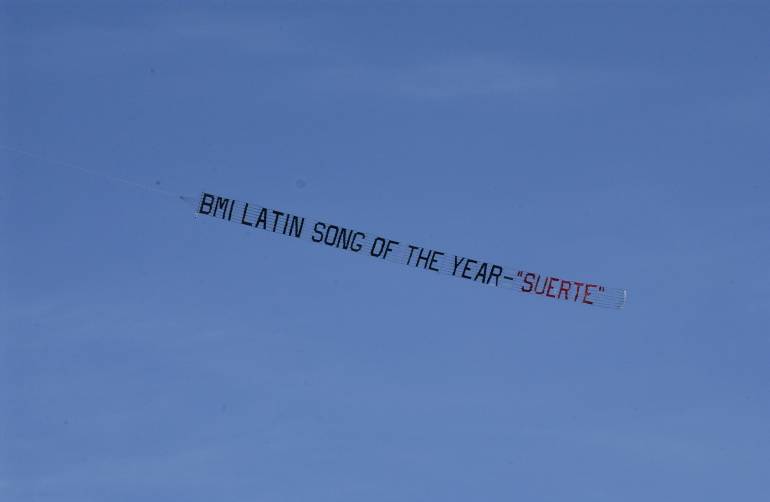 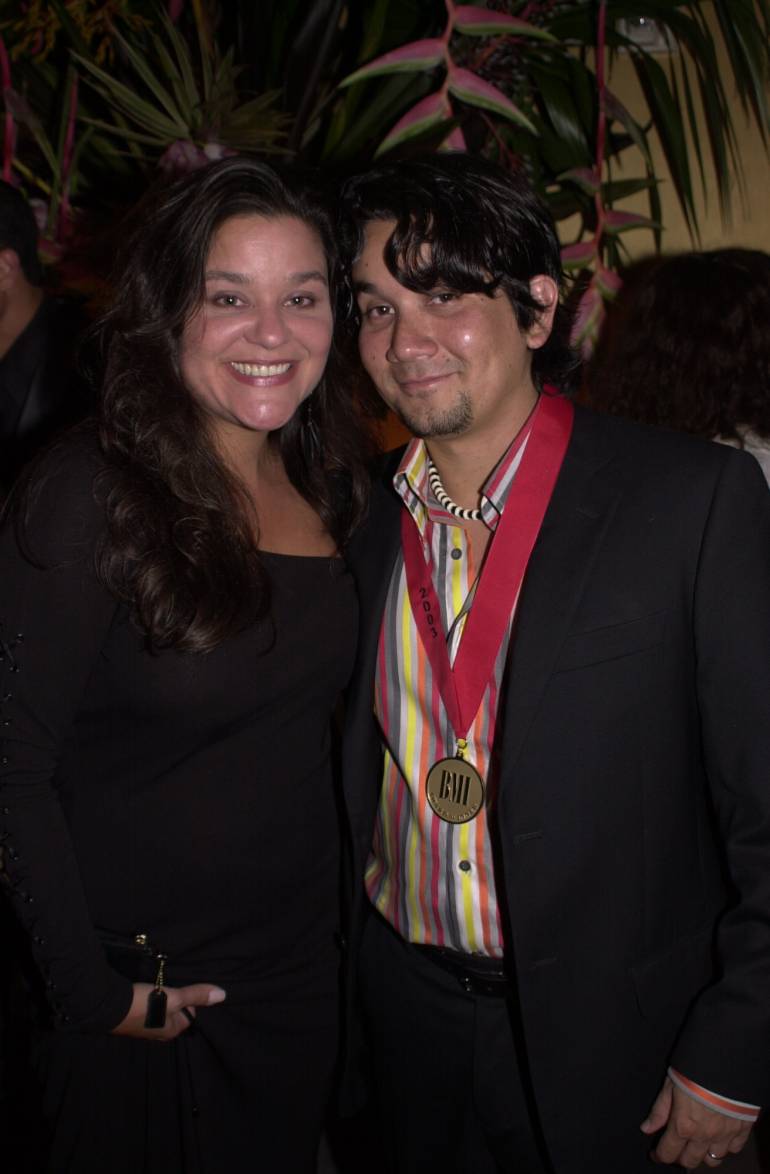