LOS ANGELES – May 11, 2004 – Performing rights organization BMI saluted the past year’s 50 most performed songs during the 52nd Annual BMI Pop Awards tonight, with superlatives reserved for “The Game Of Love” as Song of the Year, Lauren Christy and Scott Spock as Songwriters of the Year and Warner/Chappell Music Group as Publisher of the Year.  Frances W. Preston, President & CEO, and Barbara Cane, Vice President & General Manager, Writer/Publisher Relations, Los Angeles, presented BMI Citations of Achievement during the dinner event honoring the writers and publishers of the top 50 songs. A highlight of the gala, staged at the Regent Beverly Wilshire Hotel in Beverly Hills, was a tribute to artist/writer/producer Brian Wilson, named a BMI Icon.

“The Game Of Love” earned the BMI Pop Song of the Year Crystal for songwriter Gregg Alexander and his publishing company Keepin’ It Real How ’Bout You Music Publishing; this distinction is given to the song tallying the most feature broadcast performances during the eligibility period. Recorded by Santana featuring Michelle Branch, “The Game of Love” was a #1 single from Santana’s Arista album Shaman and has already been certified as a BMI Million-Air (one million broadcast performances). Multi-instrumentalist and producer Alexander won a Pop Award in 1999 for “You Get What You Give,” a hit for his former group, the New Radicals. Alexander co-wrote “The Game of Love” with Rick Nowels (share not licensed by BMI).

Lauren Christy and Scott Spock contributed three to the Most Performed List of 50 to share the BMI Pop Songwriter of the Year crown. The songs earning Christy and Spock the title were “Complicated” and “I’m With You,” both #1 singles for Avril Lavigne, and “The Remedy (I Won’t Worry),” recorded by Jason Mraz. Christy and Spock, along with Graham Edwards (PRS), are also known professionally as songwriting/production team The Matrix. Other artists for whom they have written songs are Christina Aguilera, David Bowie, Ricky Martin, Ronan Keating, Liz Phair and Hootie & the Blowfish.

With 11 songs represented, Warner/Chappell Music Group (through its companies Warner-Tamerlane Publishing Corp. and Unichappell Music, Inc.) claimed the BMI Pop Publisher of the Year prize; Les Bider, Chairman & CEO of Warner/Chappell Music Group, accepted the crystal obelisk. The Publisher of the Year accolade is given to the publishing concern with the highest percentage of copyright ownership in award songs. Warner/Chappell’s top performing tunes were “Are You Happy Now?,” “Crazy In Love,” “Complicated,” “Dilemma,” “I’m With You,” “In A Little While,” “Mesmerize,” “Miss You,” “Picture,” “The Remedy (I Won’t Worry)” and “Soak Up The Sun.”

Brian Wilson was saluted as a BMI Icon for his “unique and indelible influence on generations of music makers.” One of the most revered pop music creators of the last 50 years, Wilson co-founded the Beach Boys and co-wrote such seminal rock and pop songs as “Good Vibrations,” “I Get Around,” “God Only Knows,” “California Girls,” “Help Me, Rhonda” and “Wouldn’t It Be Nice,” among many others. Collectively with the Beach Boys and individually, he helped to create the sound that defined a generation and painted the picture of the West Coast “surf” sound. His genius is embedded throughout the group’s history, but it particularly resonates on their legendary 1966 release, Pet Sounds.

After an Icon video tribute, Fountains of Wayne performed “Be True To Your School,” followed by Wilson Phillips – featuring Wilson’s daughters Carnie and Wendy – singing “In My Room.” Wilson and his band took the stage for several songs, closing with “Good Vibrations.”

Wilson enters the elite company of previously praised BMI Icons: Bill Anderson, Chuck Berry, James Brown, Bo Diddley, Isaac Hayes, Holland-Dozier-Holland, Little Richard and Dolly Parton. He is also the first person to be honored by BMI as both an Icon and with the President’s Award (in 1995).

“When I’m Gone” by 3 Doors Down enjoyed Most Performed Song on College Radio kudos for songwriters Brad Arnold, Todd Harrell, Chris Henderson and Matt Roberts of the group. Included on 3 Doors Down’s Republic/Universal CD Away From the Sun, “When I’m Gone” is published by Escatawpa Songs and Universal-Songs of PolyGram International, Inc.

Another special presentation was the announcement of Andrew Horowitz as the 1st Place winner of the 2004 John Lennon Scholarship Awards. A student at the University of Michigan, Horowitz earned a $10,000 scholarship for his song, “Goodday.” Established in 1997 by Yoko Ono in conjunction with the BMI Foundation, the John Lennon Scholarship Awards recognize the talent of young songwriters between the ages of 15 and 24; more than $125,000 has been awarded over the last seven years through generous donations from Ono and Gibson Musical Instruments. The BMI Foundation is a not-for-profit corporation dedicated to encouraging the creation, performance and study of music through awards, scholarships, commissions and grants.

Five of the 2004 top Pop songs are repeat achievers: “Heaven,” first honored in 1985 for writer/artist Bryan Adams; “Landslide,” a 1998 Pop Award winner for Fleetwood Mac’s Stevie Nicks and the 2003 BMI Country Song of the Year via its recording by the Dixie Chicks; plus last year’s winners “Complicated,” “One Last Breath” and “Soak Up The Sun.”

BMI’s Citation of Achievement performance certificates are given annually in recognition of popularity in the field of popular music, as measured by feature broadcast performances on American radio and television; this year’s Pop Awards eligibility period ran October 1, 2002 through September 30, 2003.

BMI, founded in 1939, is an American performing rights organization that represents approximately 300,000 songwriters, composers and music publishers in all genres of music. Through its music performance and reciprocal agreements, it grants businesses and media access to its repertoire of approximately 4.5 million musical works from around the world.

A complete list of 2004 BMI Pop Awards winners and information on the Icon honor presented to Brian Wilson are included on http://bmi.com. High resolution photos from the event will be available on http://press.bmi.com. To request access, please contact .(JavaScript must be enabled to view this email address). 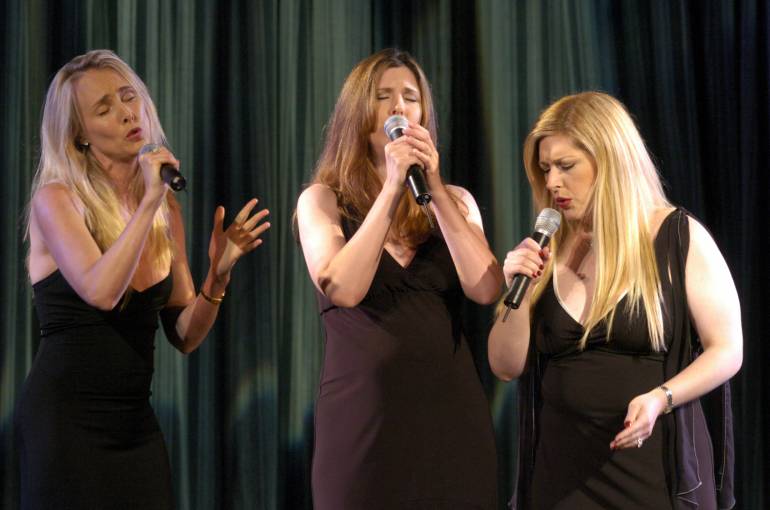 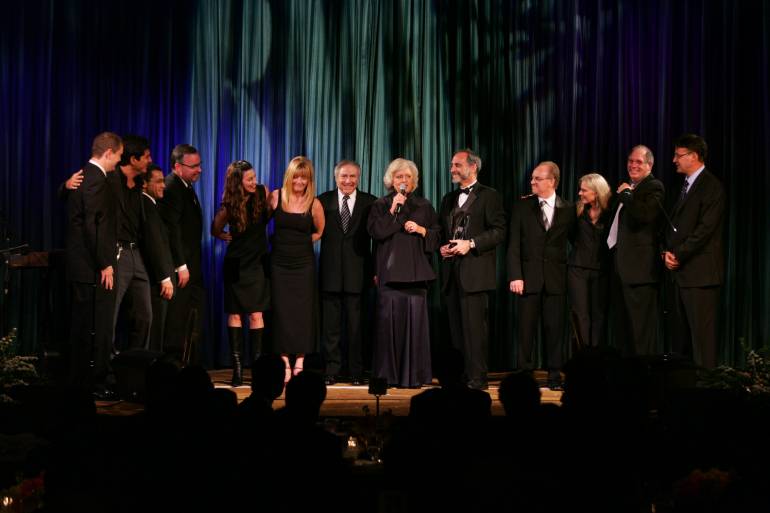 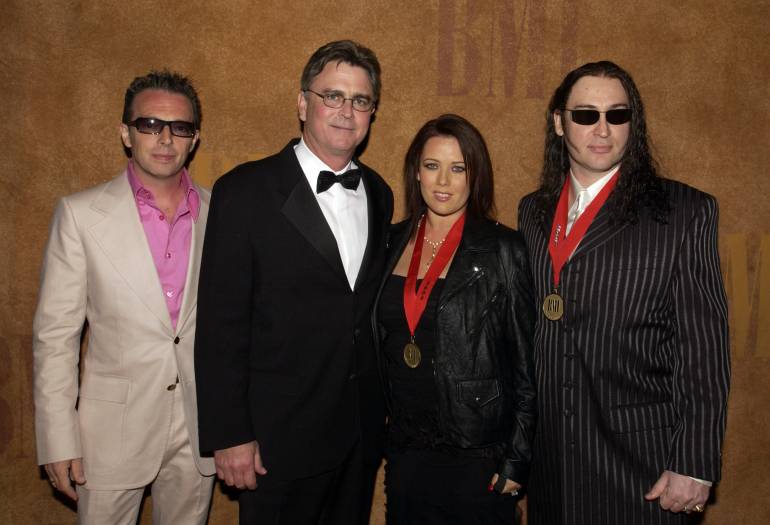 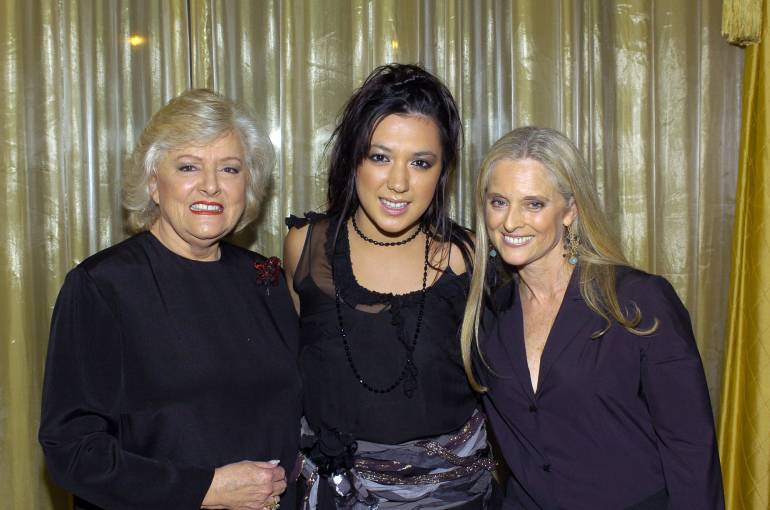 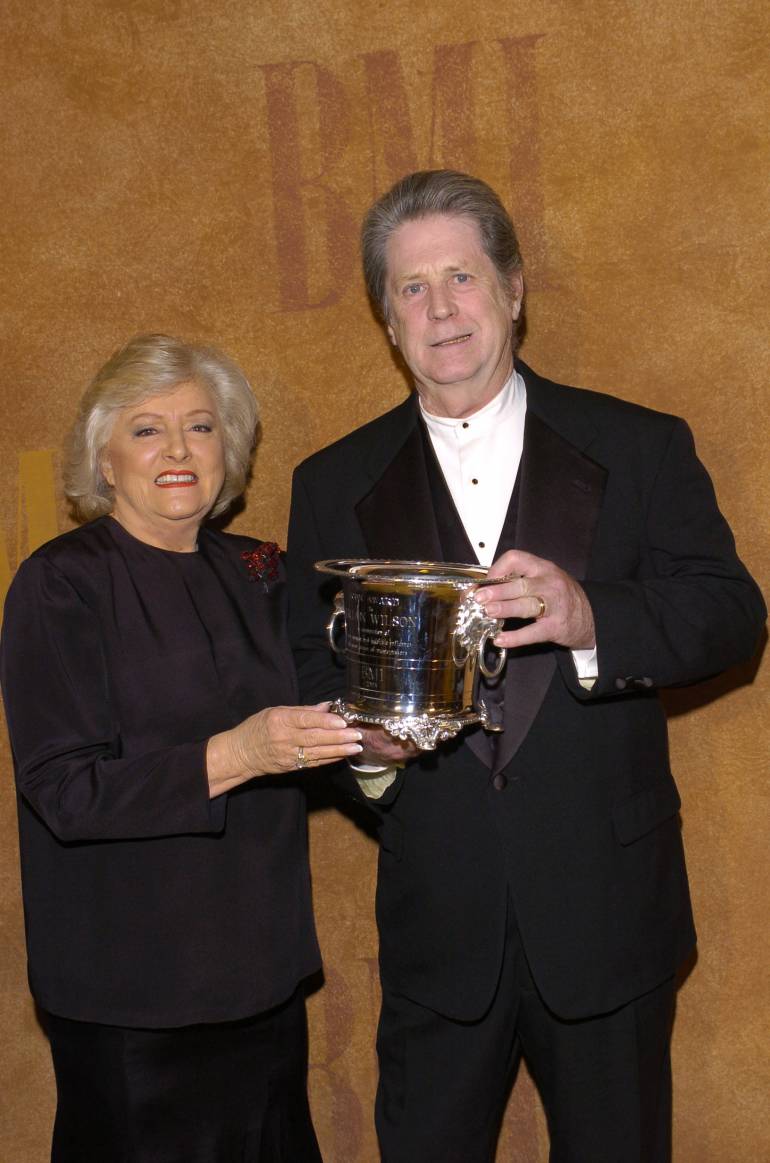 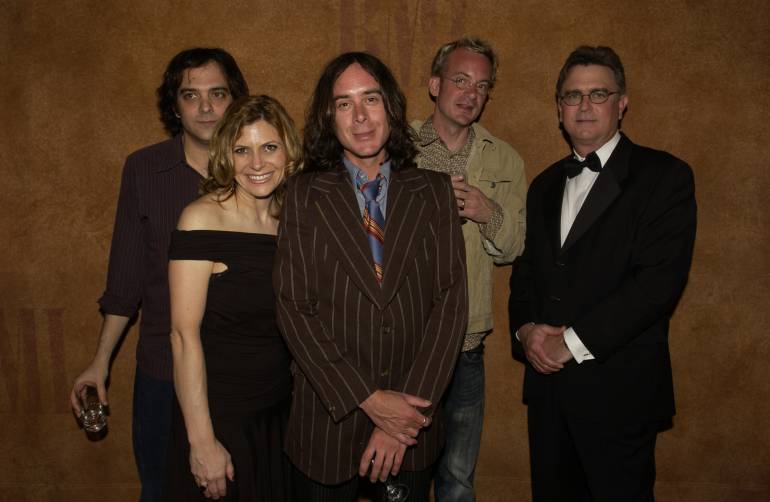 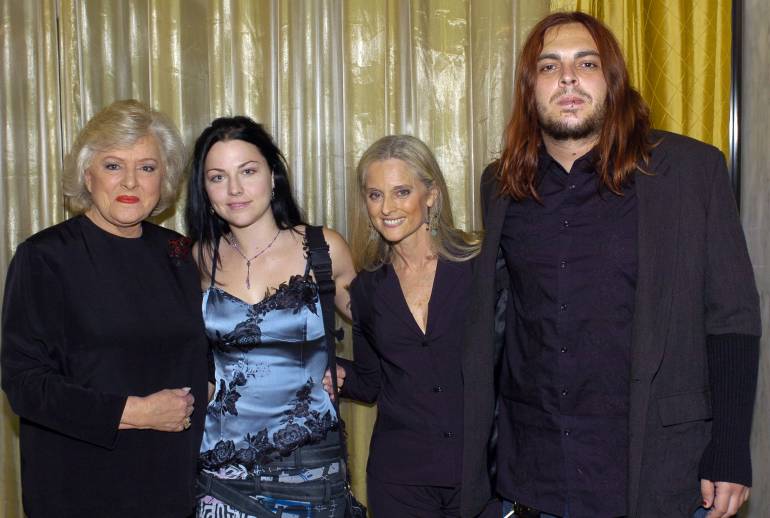