NASHVILLE, June 21, 2004—Performing rights organization BMI saluted the writers and publishers of the past year’s most performed Christian songs during the BMI Christian Music Awards tonight, with highest honors reserved for “To Ever Live Without Me” as Song of the Year; Steven Curtis Chapman, Bob Herdman, Will McGinniss and Mark Stuart as Songwriters of the Year; and EMI Music CMG Publishing as Publisher of the Year.

Of the 50 writers called out, Steven Curtis Chapman, Bob Herdman, Will McGinniss and Mark Stuart each placed two songs on the awards list to share the title of BMI Christian Songwriter of the Year.

Chapman, BMI’s 2001 and 2003 Christian Songwriter of the Year, was cited for writing the AC hits “All About Love” and “How Do I Love Her,” included on his Sparrow Records album All About Love.

EMI Music CMG Publishing enjoyed the BMI Christian Publisher of the Year spotlight by accumulating the highest percentage of copyright ownership in award songs (through its companies River Oaks Music Company, Sparrow Song and Up In The Mix Music).

A highlight of the ceremonies was special acknowledgment of “Three Wooden Crosses,” written by Doug Johnson The first song released by a gospel label to reach #1 on the country charts, “Three Wooden Crosses” was named Song of the Year by the ACM (2004), the CMA (2003) and NSAI (2003) and Country Recorded Song of the Year at the GMA’s Dove Awards (2004). Johnson was presented with a Citation of Appreciation recognizing the song’s message, which has “renewed faith in millions of listeners around the world.”

BMI’s Citations of Achievement are given in recognition of popularity in the field of Christian music, as measured by feature broadcast performances on American radio and television. The 2003 Christian Music Awards eligibility period ran January 1, 2003 through December 31, 2003.

Founded in 1939, BMI is an American performing rights organization that represents approximately 300,000 songwriters, composers and music publishers in all genres of music. Through its music performance and reciprocal agreements, it grants businesses and media access to its repertoire of approximately 4.5 million musical works from around the world.

A complete list of 2004 BMI Christian Music Awards winners can be found on BMI.com. 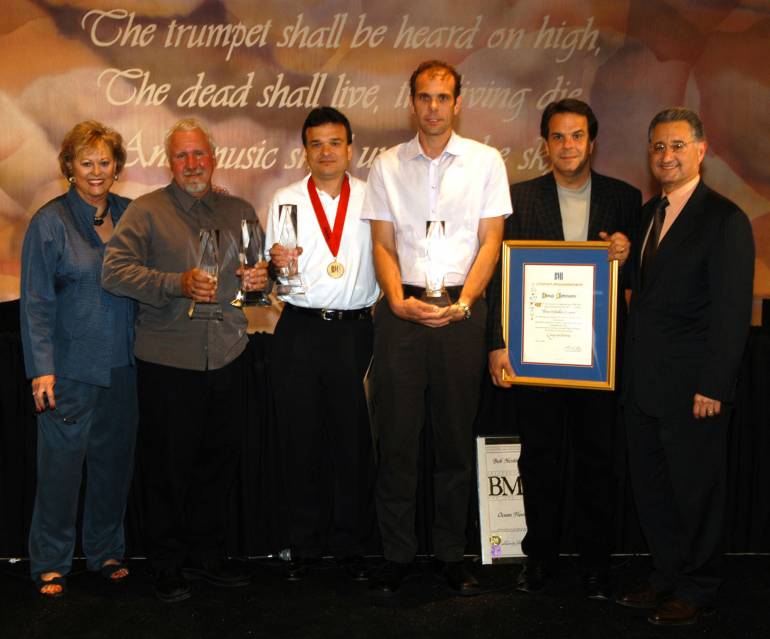 Photo by Steve Lowry for BMI