R. Kelly won two of the evening’s top honors as writer of Song of the Year, “Ignition,” and as Urban Producer of the Year. Chad Hugo and Pharrell Williams were proclaimed Urban Songwriters of the Year. Universal Music Publishing was named Urban Publisher of the Year. A highlight of the gala was a tribute to soul music legend Al Green, who was named a BMI ICON for “his enduring influence on generations of music makers.”

The black-tie ceremony was hosted by BMI President and CEO Del Bryant. President Emeritus Frances W. Preston and Assistant Vice President of Writer/Publisher Relations Catherine Brewton assisted with the presentations to the BMI-affiliated writers and publishers of the 36 most performed songs in the urban music format.

“Ignition,” written by R. Kelly and published by R. Kelly Publishing, Inc., and Zomba Songs Inc., was named Urban Song of the Year for tallying the most US broadcast performances during the eligibility period. Included on Kelly’s multi-platinum Jive Records album, Chocolate Factory, “Ignition” was a Billboard R&B/Hip-Hop, Hot 100 and Top 40 charts smash.

The BMI Urban Songwriter of the Year trophy went to the team of Chad Hugo and Pharrell Williams – also known as the Neptunes – who placed five titles on the most performed list. The songs earning them the prize were “Beautiful” (recorded by Snoop Dogg featuring Pharrell and Uncle Charlie Wilson), “Excuse Me Miss” (by Jay-Z), “Frontin’” (Pharrell featuring Jay-Z), “Luv U Better” (LL Cool J featuring Marc Dorsey) and “When the Last Time” (The Clipse).

This is the third Urban Songwriter of the Year award for Williams; he also won in 2001 and 2002. At last year’s ceremony, Williams took the BMI Urban Song of the Year honor for co-writing “Hot In Herre,” and the Neptunes were named Urban Producers of the Year.

Universal Music Publishing was named BMI Urban Publisher of the Year by accumulating the highest percentage of copyright ownership in award songs. David Renzer, Worldwide President of Universal Music Publishing Group, accepted on behalf of the publisher, which boasted 10 songs on the most-performed list (through its companies Irving Music, Songs of Universal, Inc., and Universal-Songs of PolyGram International, Inc.).

The evening culminated in the ICON tribute to Al Green. Born in Forest City, Ark., Green blends southern gospel, Philadelphia soul, and a soaring, sensual voice to create music that has rocked our world for four decades. Ranked by many as the world’s greatest living soul artist, he became an international superstar through such self-written hits as “Let’s Stay Together,” “I’m Still in Love With You,” “Call Me,” “Love and Happiness,” “Here I Am (Come and Take Me)” and “Tired of Being Alone.” Green is in the midst of a remarkable comeback, thanks to his current Blue Note album, I Can’t Stop, which reunites him with producer/arranger/songwriting collaborator Willie Mitchell, who first signed Green to the Memphis-based Hi label and oversaw the singer’s seminal string of ’70s smashes.

The Rock and Roll Hall of Famer was honored during the dinner with performances by BMI artists Kanyé West, Pharrell, Sleepy Brown, Teena Marie and Lloyd. More information on the ICON presentation to Al Green can be found at bmi.com/urban.

In addition to the BMI performance awards, music trade magazine Billboard recognized the BMI-affiliated writers who had #1 songs on the R&B/Hip-Hop Singles and Rap Tracks charts during the past year; Kanyé West led with four songs, two of which topped both lists.

Founded in 1939, BMI is an American performing rights organization that represents more than 300,000 songwriters, composers and music publishers in all genres of music. Through its music performance and reciprocal agreements, it grants businesses and media access to its repertoire of approximately 4.5 million musical works from around the world. BMI annually honors the songwriters and music publishers of the most performed songs on American radio in the urban, pop, country, Latin and Christian genres.

For a complete list of 2004 BMI Urban Awards winners, please visit bmi.com/urban. High-resolution photos from the event will be available to registered users only. To request access, please contact .(JavaScript must be enabled to view this email address). 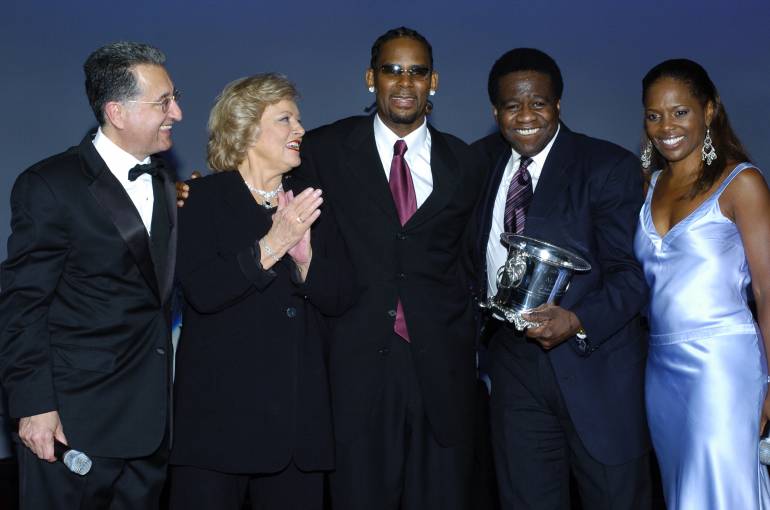 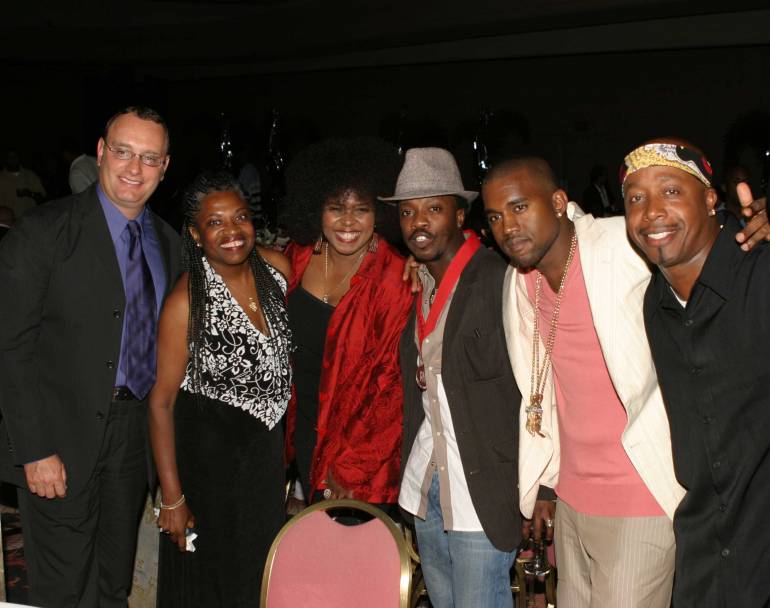 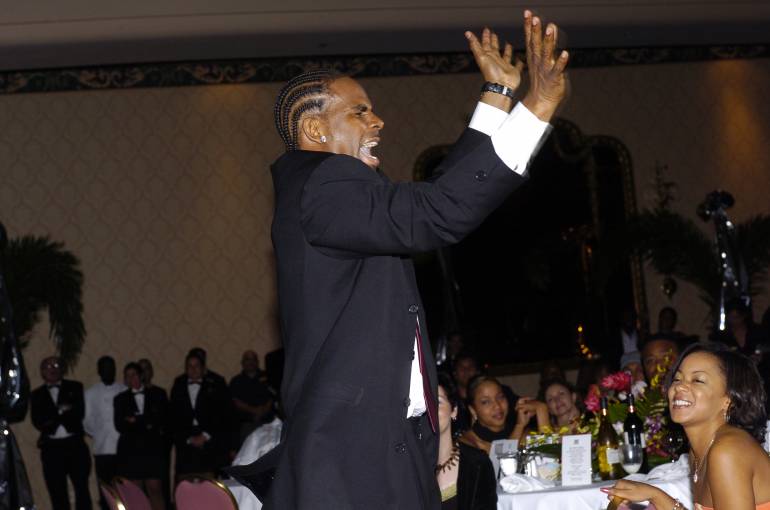 BMI Urban Producer of the Year R. Kelly, who also wrote Song of the Year, "Ignition," performs at the 2004 BMI Urban Awards 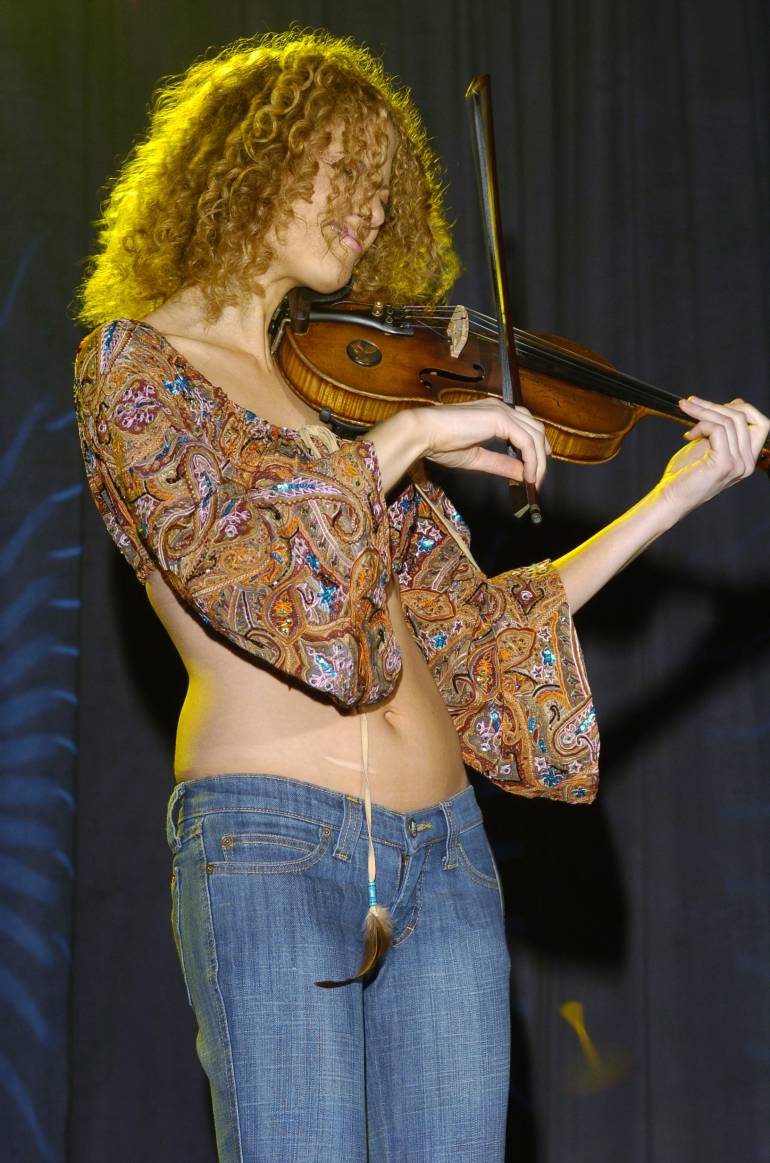 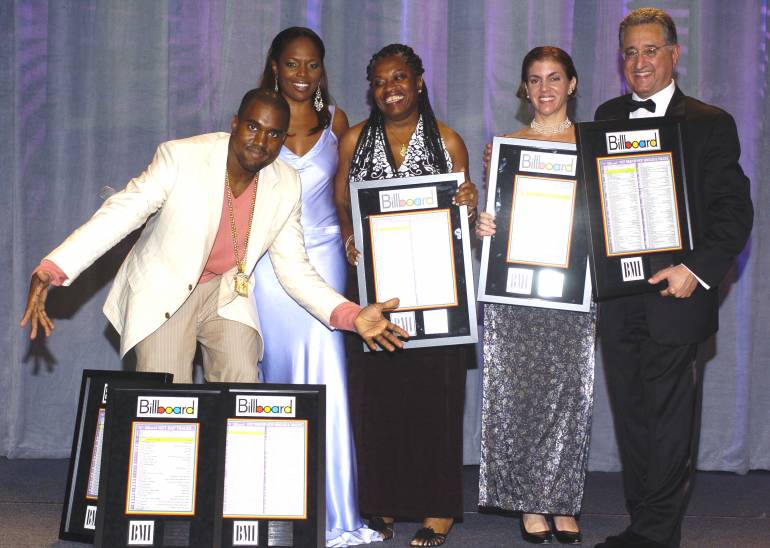 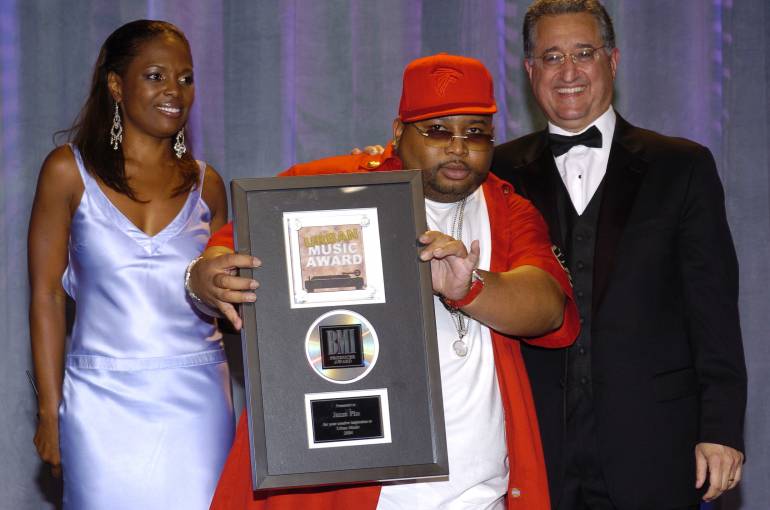 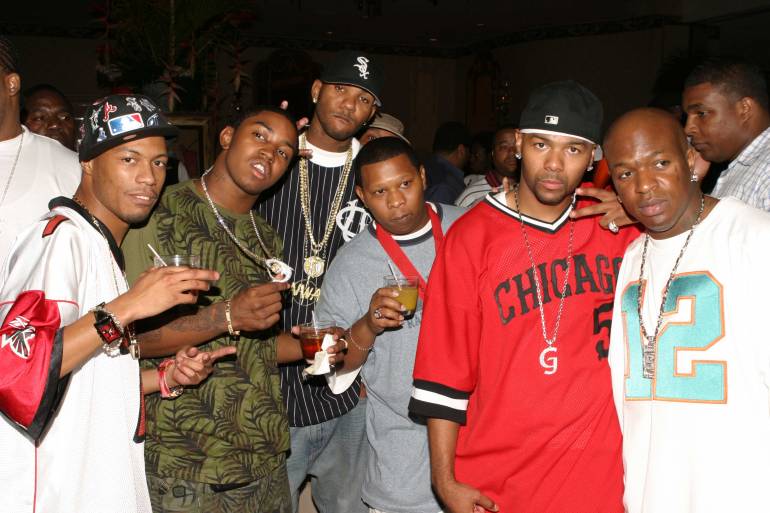 BMI Top Ten Producer Manny Fresh and his partner Baby are gathered with friends at the BMI Urban Awards. 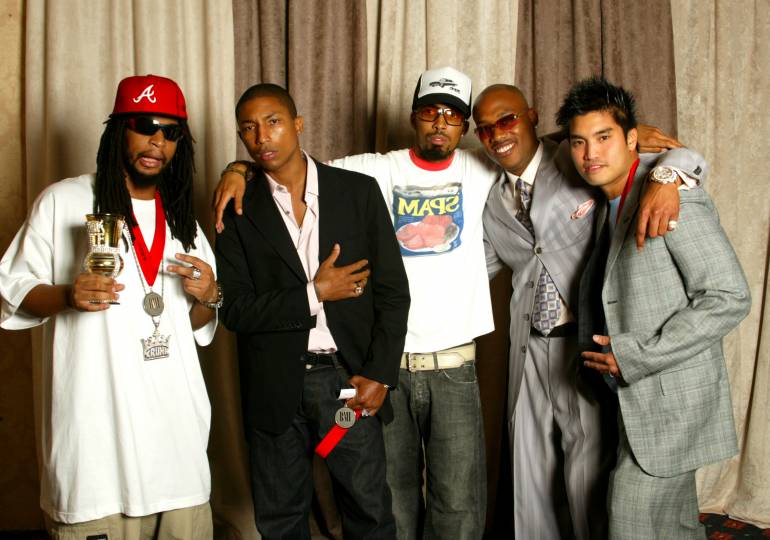