Posted in MusicWorld on July 13, 2007 by Melinda Newman 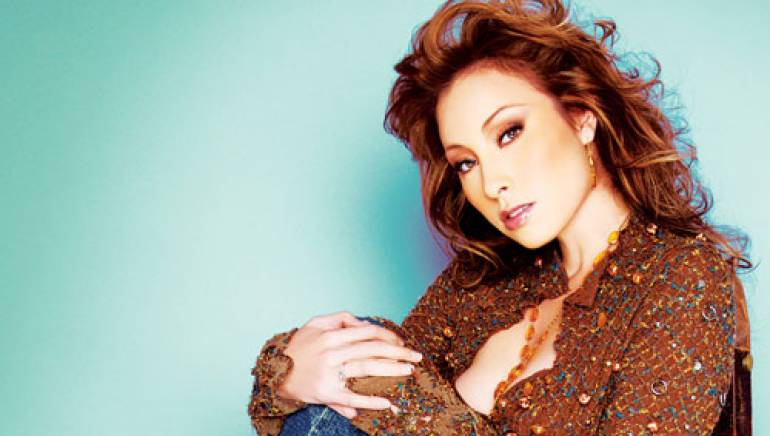 It’s a wonder Yolanda Perez doesn’t have a split personality: Born in Los Angeles, she sings regional Mexican music. She’s fluent in both Spanish and English. She combines old-fashioned banda with contemporary styles such as hip-hop and rap.

But there’s no confusion when it comes to her talent. Now 24, Perez grew up in a musical family — her father and grandfather are performers — and got her start when she was only 11. After winning a local talent competition, she recorded an album for indie label Cintas Acuario as her prize. She made three indie albums before jumping to the majors in 2003 for Dejenme Llora. The album, which came out on Universal Music Group’s Fonovisa, reached No. 15 on the Regional Mexican Albums chart and No. 29 on the Top Latin Albums chart.

As she expanded her audience, she expanded her musical realm, taking the traditional banda music, which uses acoustic instrumentation, and wrapping in other elements. Like many banda artists, she performs original material but also has recorded banda versions of English songs such as “Blue Bayou.” She further mixes up styles by recording with others artists, such as “Estoy Enamorada,” a comical banda/rap duet with LA radio personality Don Cheto, which reached No. 7 on Billboard’s regional Mexican Airplay chart.

The two reunited for “La Reyna del Mall,” a track on her 2004 album, Aqui Me Tienes. Perez took some time off after giving birth to her daughter and returned with 2005’s Esto Es Amore, which found Perez flirting with reggaeton via first single “Como Quieras, Cuando Quieras,” a duet with Adassa.

When she was very young, Perez’s father nicknamed her “La Potranquita” (Little Filly), a very appropriate nickname, as Perez has shown that she can run with the best of them.