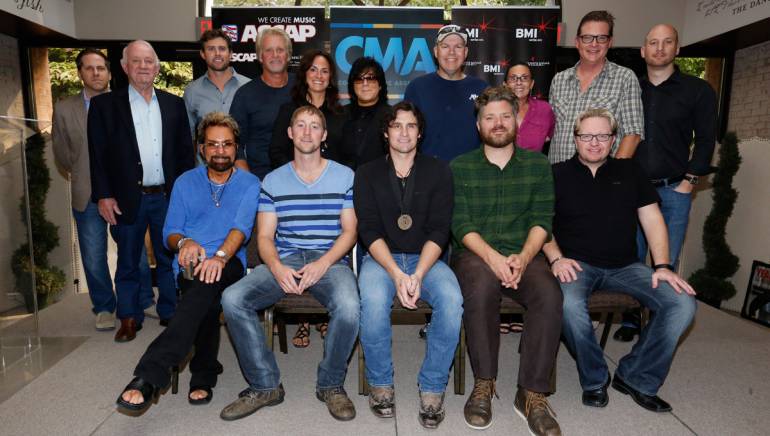 BMI helped celebrate Joe Nichols’ #1 single “Yeah” at Nashville’s Country Music Association on September 16, 2014. Written by BMI songwriter Bryan Simpson with Ashley Gorley, “Yeah” spent three weeks in the top spot. It is Joe Nichols’ fifth number one and follows “Summer and 75,” also a chart-topper off his most recent album, Crickets. “Yeah” is Bryan Simpson’s first #1. He has also wowed crowds having performed as part of Cadillac Sky and now as part of the Southern rock band The Whistles & The Bells.