Posted in MusicWorld on August 6, 2010 by Steve Hochman 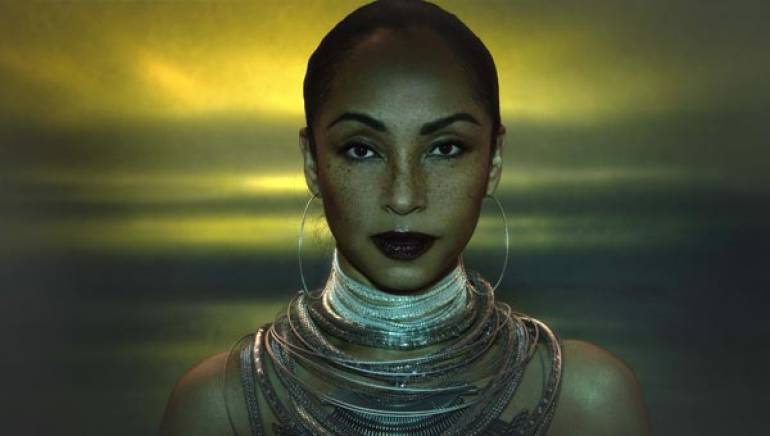 It had been a long time since singer Sade Adu, guitarist/saxophonist Stuart Matthewman, keyboard player Andrew Hale and bassist Paul Denmam — collectively known as Sade — had gotten together to make music when they gathered a few years ago in the frontwoman’s London home studio. The last album had been 2000’s Lover’s Rock, the last tour ended in 2002. They were scattered on both sides of the Atlantic: Matthewman busy in New York with various ongoing film scores (he’s the go-to guy for directors the Polish Bothers) and electronic dub projects (under the name Cottonbelly), not to mention his regular collaborations with r&b star Maxwell. Denman now lives in Los Angeles, where he’s been managing his son’s band, Orange.

“We went into the studio and messed around a little, nothing serious, just goofing around,” says Matthewman. “There was no big goal. When we write we never think of the end result — who’s going to listen to it or whether radio will play it or what the record company will think or what people want. And if Sade’s not feeling the vibe, Sade takes a few months off. Seems to work.”

Adu puts it in slightly different terms, adding a bit of metaphysical perspective to it all. Speaking to The New York Times’ Jon Pareles for one of the few interviews she did to promote the album, she spoke of song creation as an “out of body experience” and of the looseness in the studio as the way to keep the spirit free and unfettered.

Either way, the results are stunning. In fact, having waited nearly a decade to hear new material, fans of Sade may have had quite the jolt on hearing “Soldier of Love,” the title song and first single from the sultry singer’s new album.

The song, with its martial drums, warrior imagery and bold punctuation of metallic guitar chords, revealed a band with new ammo in its musical arsenal. If anyone was hoping for, or conversely fearing, a mere recap of the classic silky sounds of the 1984 global breakthrough “Smooth Operator,” “No Ordinary Life” and “The Sweetest Taboo,” songs that made the singer and the band icons for the musical mysteries of seduction and romance, this wasn’t it. And yet it manages the neat trick of not being a radical departure, but a continuity and evolution. It’s the addition of new dimensions to an already impressive and popular artistic sensibility.

Even that grew in a very organic way.

“She always carries around these massive notebooks full of lyric ideas, one line on a scrap of paper, things she’s been doing over the years,” Mathewman explains. “She’ll look through the books when we’re doing songs, see if a line fits. We all kind of know each other pretty well, so we know when we play together — I hate to say ‘jamming,’ but messing around in the studio — we gel. Always have. But I’m not scared to break out a heavy metal pedal and doing something odd. That’s how ‘Soldier of Love’ happened, just fooling around at four in the morning.”

The band’s approach resulted in a wealth of sounds, all sculpted with Sade’s darkly vivid lyrics of longing and belonging. There’s a hip-hop pulse to “The Moon and the Sky,” while “In Another Time” glides with violin and cello ornamentations. On “Morning Bird,” with Adu offering resignation in such lines as “If you set me free, I wouldn’t run,” the tone is somber. On “Babyfather,” a picture of familial bliss and reassurance is painted in tones of warmth and comfort. But the real jolt might come with “Be That Easy,” a song perhaps easily overlooked. Tucked unassumingly in the very middle of the album, there it is: a simple, but lovely and heartfelt country waltz.

“She’s not shy, she just doesn’t want to give too much of herself away,” Matthewman says of the enigmatic Adu. “She’s not interested in going to openings or awards shows. People think she’s aloof. She doesn’t give herself to anyone, just with the lyrics. People can just get into the music.”

Steve Hochman has covered pop music for the Los Angeles Times and other publications for more than 25 years. He writes the global music column “Around the World” for AOL’s Spinner.com and is the pop music critic for the radio show “The California Report.”