Posted in MusicWorld on June 1, 2012 by Nicole Keiper 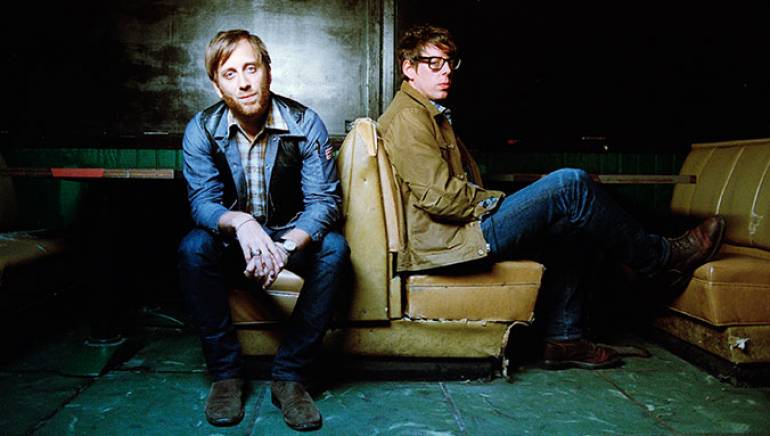 A decade back, when the Black Keys issued debut LP The Big Come Up, you’d have stumbled on some excited, engaged fans, but you likely wouldn’t have found too many predicting Grammys, pop-culture prominence, a sold-out Madison Square Garden. The Ohio duo’s blues-rock felt gritty, gutsy and exciting, but not so much pop radio-friendly, in its unapologetic, unwaveringly ragged bluesy-ness.

Early Keys albums were exceptional studies of the strength of mood: Auerbach’s growling, howling guitar lines, Carney’s explosive, simple but feel-forward bashing, a darkness that wasn’t propelled so much by the words but by the utter well of want and need inherent in the playing and singing. The songwriting was compelling, in how completely it urged those moods forward, but in the pop sense, it felt under-refined. Songs undulated and unfurled, captured rough and real in a basement; they didn’t feel crafted so much as unleashed.

Refinement started showing up by 2004’s Rubber Factory, the titular refrain in that al-bum’s hypnotic “When the Lights Go Out” grabbing easy hold, “10 A.M. Automatic” coming through both hooky and aggressive, like Motown vocal melodies punched into loud, shredded blues-rock. That sharpened further on 2008’s Attack and Release, the band teaming with producer Danger Mouse, honing tones and hooks but shucking little of their rugged aggression.

Then came 2010’s Brothers, and with it, three Grammys, nearly a million records sold, ubiquitous tv ad presence and a less-than-15-minute Madison Square Garden sellout. That came not because The Black Keys changed their sound, as the moods on Brothers sidle up just fine alongside The Big Come Up. It came because, as the squelching stomp of “Howlin’ For You” and soul-centered hummability of “Tighten Up” evidence, the band perfected a sound that just happened.

“I wasn’t even thinking about songwriting on the early records, just music and the groove,” Auerbach told Rolling Stone earlier this year, as he and Carney made the rounds around 2011’s El Camino, an LP that sounds informed by plenty of songwriting thought, and the natural retention of all that groove-studying.

Opener and leadoff single “Lonely Boy” might be the Black Keys’ most relentlessly catchy exercise, Auerbach and Carney quick-shifting from an insistent shuffle and bright, percussive chord barks into a thick, smartly simple chorus, lush with oh-whoa-ohs and a pointed, repetitive vocal hook. They work a Motown rhythm and soul-limber vocal lines into “Dead and Gone,” and it hip-shimmies like a sock-hop. They undergird the girl group-sweet chorus melody of “Gold on the Ceiling” with a growling organ hook, and smash that headfirst into wild, squealing blues leads. During “Little Black Submarines,” errant squeaks and bits of finger buzz peek into Auerbach’s gentle acoustic fingerpick¬ing, alongside creaks and cracks in the softer, sweeter register in his voice, the stuff that happens, the stuff that’s too often excised.

As compositions, all feel wholly trimmed of fat — compact, focused, even as the delivery comes through exactly as the blues should: driven by hot, irrepressible emotion.

As the follow-up to a commercial breakthrough, that all adds up to both a gripping record and statement. Even now, as a big band, the Black Keys are holding onto a lesson learned both by poring over classic blues and rock records and by wandering the country for years in a mini¬van like the one on El Camino’s cover: Rock & roll is, at its core, unpretentiously human. The album bears the results of a decade of songwriting maturity, of focus, of learning. It also shows a band that was smart enough not to unlearn the raw, real energy that was captured in a basement back when no one was listening.