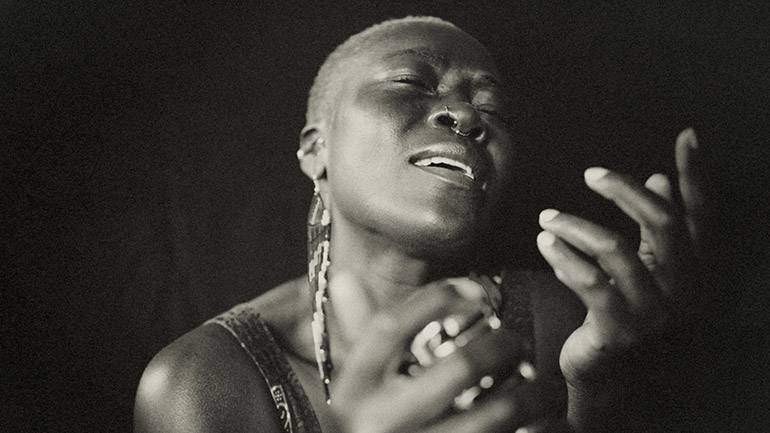 “Great means incredibly well crafted, easily memorable, with a universally relatable sentiment and a sense of authenticity—“from the heart” as they say. Iconic means touching a cultural nerve, standing the test of time and instantly recognizable by many people - that holds true even if it’s not widely considered great in an objective sense.” (Warren Boutros, Songwriter)

I found myself wondering if there are lessons in these iconic songs. Are there common denominators to be found in these timeless classics? Elements we might include in our songs to help them stand the test of time and earn a rarified place in the hearts of listeners?

In looking over the list, I realized these songs that either fill us with joy, get us singing along at the top of our lungs, bring us to tears, or serve as a time machine. Classic melodies and lyrics transport us back in time on a wave of emotion. Songwriter Hugh Prestwood captured this phenomenon beautifully in “The Song Remembers When” (recorded by Trisha Yearwood).

It goes without saying that lyrics are an essential element in creating songs that express feelings so many of us have felt and infiltrate the soundtrack of our lives. We would all love to be told the sentiments shared in “Never My Love,” “Stand By Me,” “Baby I Need Your Loving,” and “Can’t Take My Eyes Off of You.” But melodies also play a critical role in evoking powerful emotions like heartache, vulnerability, joy, or love.

Listen to “Yesterday” and notice how the melody and chords perfectly express the longing conveyed by the lyric. Similarly, note how the melodies of “Georgia On My Mind,” “You’ve Lost That Loving Feeling,” “Rhythm of the Rain,” and “(Sittin’ On) The Dock of the Bay” capture the longing and yearning so many of us have felt.

Instrumentation and production can help elevate a song to iconic status. Imagine “Ring of Fire” (written by Merle Kilgore and June Carter; recorded by Johnny Cash) without the mariachi trumpets, or the Ronettes’ “Be My Baby” without Phil Spector’s wall of sound.

Having the perfect artist interpret the song also plays a critical role in a song becoming iconic. For example, the marriage of Tina Turner’s voice with the melody and lyrics of “What’s Love Got to Do With It” (written by Terry Britten and Graham Lyle) was truly a match made in song heaven, as was Ray Charles’ vocal on “Georgia On My Mind.”

Songs that are considered classics typically lend themselves to being recorded by artists in various styles. “Yesterday,” the most covered song, has been recorded by more than 2,200 artists, including Frank Sinatra, En Vogue, Liberace, Elvis Presley, Boyz II Men, and even Daffy Duck. “Love Me Tender,” (written by Vera Matson and Elvis Presley) while inextricably associated with Elvis, has been covered by artists including Nora Jones, Merle Haggard, Linda Ronstadt, Frank Sinatra, Nana Mouskouri, and Percy Sledge. “House of the Rising Sun,” (based on a traditional folk song and credited to Alan Price), was popularized by The Animals and covered by diverse artists including Dolly Parton, Woody Guthrie, Bob Dylan, Jimi Hendrix, and even Andy Griffith.

Each of the songs on the “most-played” list broke new ground, pushing the creative envelope and sounding like nothing else we had previously heard. They all expressed lyric ideas that millions can relate to and had melodies that were not only memorable, but fresh and original.

A song can possess all of these qualities and still only be “good.” There is no guaranteed formula we can follow to intentionally create the perfect storm that allows a song to stand the test of time. But we can do our best to aim for our listeners’ hearts by infusing our lyrics with universally-shared emotions and by creating melodies that sear into brains and live in listeners’ hearts. Then release our songs to the world, hoping that the timing is right and that our songs are recorded by vocalists who sound like they were born to sing it. Then comes the most important part—make a wish on a star that our songs get sprinkled with a heaping dose of magic.

Jason Blume is the author of 6 Steps to Songwriting Success, This Business of Songwriting, and Inside Songwriting (Billboard Books). His songs are on Grammy-nominated albums and have sold more than 50,000,000 copies. He has been a guest lecturer at the Liverpool Institute for Performing Arts (co-founded by Sir Paul McCartney) and at the Berklee School of Music, and has been interviewed as a songwriting expert for CNN, NPR, the BBC, Rolling Stone, and the New York Times. To receive a free video, “3 Things You MUST Do for Success” and tips to enhance creativity subscribe to his email list. Join Facebook group Songwriting With Jason Blume for free events and song critiques. For information about his workshops, webinars, additional articles, and more, visit www.jasonblume.com.