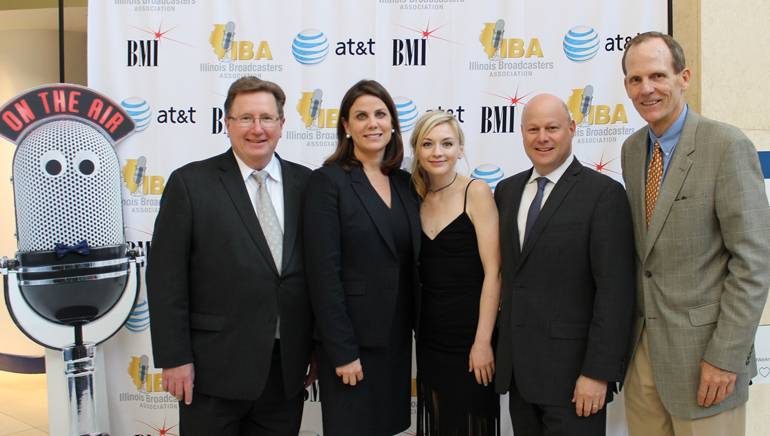 Actress and BMI songwriter Emily Kinney was the featured performer at the 2017 Silver Dome Awards presented recently (6/8/17) by the Illinois Broadcasters Association. This year’s awards show, which honors excellence in broadcasting in the state of Illinois, was held at the Abraham Lincoln Presidential Museum in Springfield and as has become tradition, BMI provided the musical entertainment. Kinney, known to many for her role as Beth Greene on the blockbuster AMC show The Walking Dead, is also an accomplished singer-songwriter and performed several songs from her upcoming album which is due out in the fall. She also recently appeared on ABC’s law drama Conviction and will star in the new ABC show 10 Days in the Valley, which debuts in September. The Silver Domes were attended by more than 200 radio and TV executives from across the state.

While in Springfield, the Nebraska native also participated in a Neuhoff Media listener promotion and visited the local Sinclair-owned TV stations.