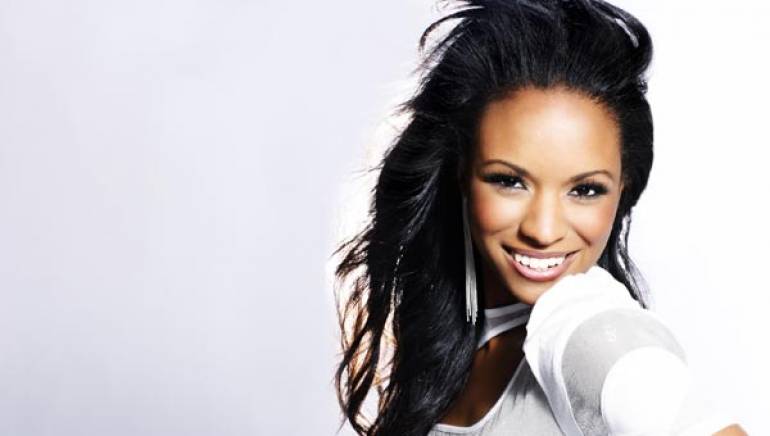 She has survived the difficult aftermath of Hurricane Ike, endured the painful break-up of her decade-old singing group, and suffered the myriad disappointments most performers experience in pursuit of their dream. So when technical problems threatened to sabotage Nicoya’s performance at the 13th Annual Unsigned Urban Showcase in Atlanta, the BMI singer/songwriter did what came naturally.

After making the final four from a field of 700 contest entrants, Nicoya earned the opportunity to impress an industry panel of songwriters, producers and executives, including white-hot rap sensation Drake and Outkast singer/songwriter Big Boi, with a performance the Unsigned Urban Showcase, which was held April 20 and hosted by R&B crooner Lloyd and DJ Drama. But Nicoya had barely reached the opening chorus of her original R&B track “Lovin’ What You Do” when the sound system at Atlanta’s Havana Club sputtered. “There was a small speaker where the music was coming from, so me and my dancers were able to faintly hear the music,” Nicoya recalls with a laugh. “It was insane.”

In a story that underscores the importance of tenacity, Nicoya dauntlessly performed through her trouble-plagued set, charming BMI’s esteemed judges in the process. Despite the technical setbacks, the judges couldn’t help but be impressed by Nicoya’s formidable spirit and stage presence, not to mention her silky voice and radio-ready original songs. The singer took top honors.

“Winning meant a lot, because I knew there were so many artists that entered to perform in the contest,” says Nicoya. “When I actually won, I was overwhelmed. I was so happy that I started crying. I don’t even remember what I said on stage.”

For Nicoya, the victory has provided a much needed vote-of-confidence. Years ago her Warner-signed singing group, Southern Girl, fizzled. “You realize that you’re not interested in the same things that you were interested in when you were 12 years old,” says Nicoya. Then, when Hurricane Ike stormed through Houston, her hometown, Nicoya and her family lived a week without power.

Through it all, Nicoya took inspiration from music and her relentless need to express herself. “Even though I’m passionate about the music, at the end of the day it’s about communicating something bigger than that,” she says. “I want to inspire people to expose themselves to more, and just live the best life they possibly can…that’s what I live for.”