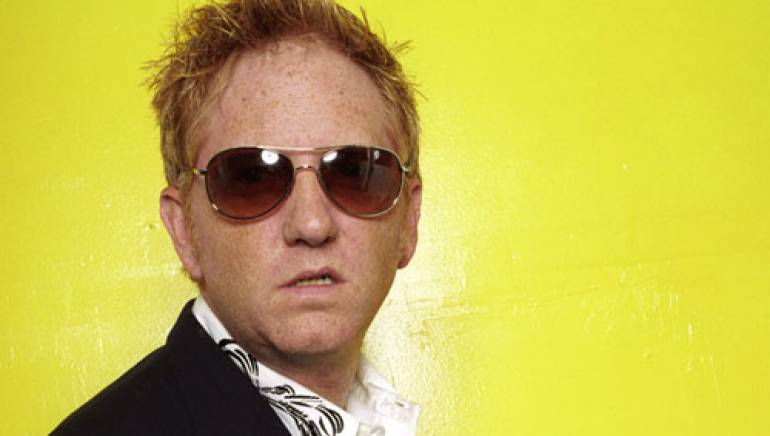 Not that labels in music matter much — at least they shouldn’t — but Trent Summar has an evocative and altogether hard-to-resist term for the music he makes: Farm rock.

That probably says it well enough. But in case further explanation helps, we’re talking about that intersection where Chuck Berry rock and George Jones country converge. We’re talking about love songs that veer off the beaten path with honest slices of rural imagery and humor.

It’s a place on the musical map that’s entirely familiar but just a little too rowdy, a little too much fun (and in truth, too rooted in tradition) to be called mainstream country

If you’ve heard Summar’s 2000 debut album, the critically acclaimed Trent Summar & The New Row Mob, or seen his raucous live act in recent years, you may already be a staunch farm rock adherent.

If not, there’s a good chance you know Summar by his work anyway. As a songwriter, he’s had cuts recently on quite a few records, including Billy Currington’s popular sophomore album, Doin’ Something Right (“She Knows What to Do With a Saturday Night”), and Gary Allan’s 2003 release See If I Care (“Guys Like Me”). “Love You,” which Summar co-wrote with pal Jay Knowles, is currently on the charts as a single for Jack Ingram.

All this brings us to Horseshoes & Hand Grenades, Summar’s latest recorded effort and his first with the Tex-centric independent label Palo Duro Records. It features several songs cut by other artists, including a take on “Love You” that will give fans of Ingram’s recording something new to chew on. “My daddy likes my version better!” Summar boasts.

Like the rural-Tennessee native’s earlier work, humorous tones run throughout this album. “I like a clever country song, and I don’t mean goofy songs … Of course, I’m the guy who wrote ‘Pink John Deere’,” Summar says of his ode to a female FFA honcho.

Most often, the jokes aren’t for the sake of themselves; humorous lines on the album have a way of revealing the sometimes-sordid realities of small town life and love. Like the opening line of “Never Really Loved Her Anyway”: “If there ain’t at least 10 beer cans in your front yard …”

While Summar’s sharp songwriting is a focal point of Horseshoes & Hand Grenades, one cover will likely catch listeners’ attention. It’s a punched-up treatment of the classic “He Stopped Loving Her Today.” Summar says, “It’ll probably make some people mad, some people smile. At least it gets a reaction.”

The entire batch of songs, it seems, was recorded with maximum reaction in mind; it is not a timid production. With veteran songwriter and producer Rand Bishop at the helm, Horseshoes & Hand Grenades lays it all out there: Summar’s vocal performances are full of life and a sense of fun, and a cast of top-flight players keeps the riffs coming. No question — the chops are purely big league all around. But Bishop, Summar and band keep Horseshoes & Hand Grenades from becoming a too-slicked-up affair.

Several Nashville luminaries shine on the album, including Raul Malo, who contributes harmony vocals on “Guys Like Me,” and Brooks & Dunn steel guitarist Gary Morse, whose tasty playing can be heard throughout.

The core group of players isn’t shabby, either. Ken McMahan is on guitar. “He’s the best smash-mouth guitar player I’ve ever heard,” says Summar. That’s saying something, considering that former Georgia Satellites hero Dan Baird is in the band, too (“He’s not bad,” Summar says in obvious understatement.). Dave Kennedy, formally of Walk the West and the lone holdover from Summar’s debut release, is on drums while Michael “Supe” Granda, a founding member of the Ozark Mountain Daredevils and co-writer of two of the album’s tracks, plays bass and provides background vocals.

As good as the group is in the studio, Summar says it’s the live performance that reminds him how fortunate a front-man he is. “When I leave the stage after playing with these guys, I can be totally satisfied … It’s all I ever wanted to do.”

Horseshoes & Hand Grenades should propel Summar and his band toward a busy touring schedule in the coming months. His debut album (recorded with a different cast of musicians) certainly gave Summar the chance to get out on the road. While Music Row standards for record sales can be pretty outlandish, Trent Summar & The New Row Mob was by all reasonable accounts quite a success: It put him and his band on regular rotation on CMT. It got him a spot on the Grand Ole Opry. It led to tours of Europe and Japan — and Texas, where The New Row Mob’s sound earned Summar a fervent base of fans.

With the songwriting breakthroughs Summar has enjoyed since his first record, he is likely poised for even greater returns this time around. Regardless, Summar realizes that he’s managed to carve out a fairly enviable life in the Nashville scene — a healthy balance of songwriting and publishing, solo recording and performing.

And for Summar, there’s no notion of retreat. “I’m a lifer. This is what I’m going to do.”