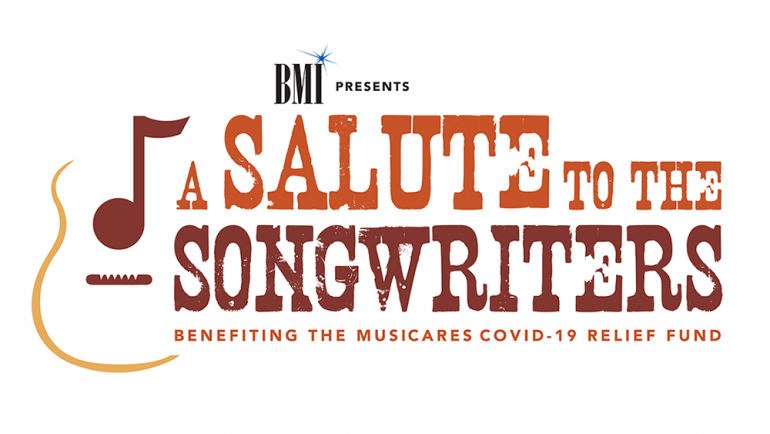 Local radio broadcasters Cox Media Group (CMG), Alpha Media, Beasley Media Group, Hubbard Radio, Neuhoff Media and Townsquare Media announced today that they will join BMI and some of country music’s top songwriters for a radio concert to benefit the MusiCares COVID-19 Relief fund. “A Salute to the Songwriters,” presented by BMI, will feature country music superstar Luke Bryan as a special guest co-host alongside several local DJs throughout the event airing nationwide on Saturday, May 16, 2020 at 7PM local time. Proceeds will go directly to the special MusiCares fund created by BMI, ASCAP and SESAC to support songwriters affected by the pandemic.

The commercial-free three-hour concert will be broadcast on more than 100 country stations across all six broadcast groups and will feature some of the songwriters behind country music’s biggest hits straight from their living rooms and home studios. The line-up includes Rhett Akins, Jon Randall and Jessi Alexander, Luke Dick and Jeff Hyde, Brandon Kinney and Clint Daniels, Barry Dean and Natalie Hemby, as well as Dylan Altman and Wynn Varble. These acclaimed music creators will take audiences behind the scenes and into the writing rooms with stories of how their hit songs were created. In addition, the show will spotlight several songwriters on the rise as they discuss how this difficult time has directly affected them and their livelihoods.

“We’re proud to partner with the country’s leading local radio groups to support the songwriters whose music brings us together in good times and in bad,” said Mike O’Neill, BMI President and CEO. “Songwriters are often considered the smallest of small businesses, and like so many small businesses, they are deeply impacted by this pandemic. We’re so grateful that some of BMI’s top country music creators are lending their voices to support this incredibly important cause.”

“Like so many others, songwriters have been deeply impacted by COVID-19, and the temporary closure of bars, restaurants and live music venues.” said Tim Clarke, VP of Content and Audience for Cox Media Group. “Broadcasters have outstanding relationships with this community, and we are honored to join together in creating this special to celebrate and support these talented individuals who are the heart of country music.”

To donate to the MusiCares COVID-19 relief fund for songwriters, listeners can text SONGWRITERS to 41444 or click here to give online. To learn more about the featured performers, and for more information on the concert, and to listen live, please visit www.SaluteToTheSongWriters.com.