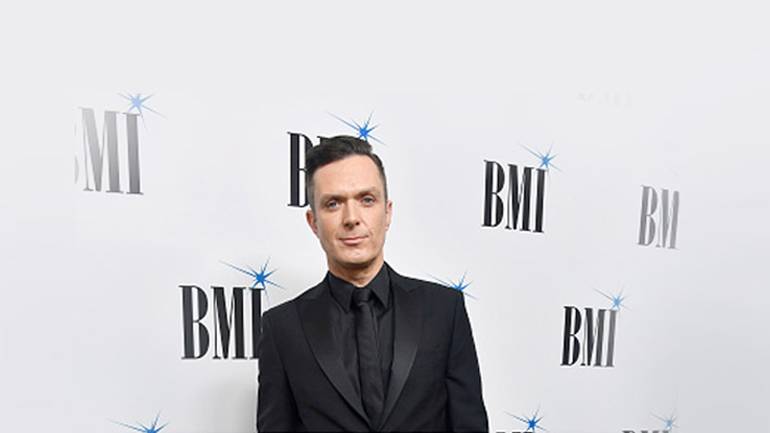 Fil Eisler has forged an enviable career scoring films. Having cut his teeth, musically, as a rock guitarist, writing, playing and producing with names like Robbie Williams, Ryan Adams and Dave Stewart, Eisler embraced the challenge of switching to film composing in the early 2000’s, scoring short indie films, documentaries and TV projects. In 2008, Eisler participated in the Sundance Film Composers Lab, an experience that further honed his skills and led to bigger opportunities. By the end of the 2010’s, Eisler’s list of credits was broad and impressive, bookmarked by industry accolades and high-profile series like Lifetime’s Peabody-awarded UnReal, Showtime’s Emmy-winning Shameless, ABC’s breakout Revenge, and, notably, Fox’s Golden Globe-nominated Empire.

In mid-March, the Covid-19 pandemic arrived just as Eisler and his orchestral team were undertaking post-production work on the sixth and final season of Empire. Never one to sit idly by, the ambitious composer devised an innovative approach to bring his musicians together in the digital space to complete their scoring, while all still safely sheltering in place. Eisler captured this intricate process and the remarkable fruition of their work in the video embedded at the bottom of this interview.

We caught up with the celebrated composer to find out how he’s grappling with the challenges and moving forward during all of this. Here’s what he had to say.

We’ve been through some rough times lately but we’re holding up ok. Any way you look at it, I have to constantly remind myself how lucky I am. There is always someone who has a greater need than you, always someone who’s suffering more. That’s not to make light of anything anybody is going through and of course pain is always relative but that attitude does help me get through it sometimes. It’s easier to focus on helping someone else than it is on helping yourself. Don’t know how healthy that is, but it’s true.

How do you feel now that the critically acclaimed Fox series Empire has come to a close? What was working on that series like?

It was pretty incredible. To be lucky enough to have an orchestra at your disposal every single week is just ridiculous really. I felt like I was constantly learning, not just on the musical front but from everybody I was working with whether it was producers or crew or the actors. It was also just fun, a great group of people. Always challenging but that’s kind of the best part.

You recently put together an amazing and emotionally resonant video that demonstrated how you were able to replicate the experience of working with your orchestra while all your musicians were sheltering-in-place. Beyond it being an amazing piece of music that completely met the needs of the show, it’s an astonishing and innovative bit of complicated musical choreography unto itself.  How did that come about?

It’s something I’m pretty sure most composers started thinking about the second we were shut down because none of us want to work without musicians. It’s the heart of the entire thing. My first concern was to keep people working really. I think our musical and recording community, resilient as it is, also has a consistent streak of fragility which has come about through years of challenges. The business is constantly changing and you have to be on the front edge of that change if you want to survive.

It was my orchestrator’s suggestion that we film the whole thing, and of course, I took that to a total extreme, as usual, but there was a plan behind all of that. Because I was met with a lot of skepticism at first, I thought doing an EPK about the whole experience might galvanize others to want to jump in. Whether it had that effect or whether people are jumping in of their own accord I don’t know, but there’s certainly much more remote recording happening now than there was a few months ago, so I’ll take it.

I don’t think anybody (not least of all me) is suggesting that this is a replacement for musicians being in a room together but we have a choice: either we can sit and wait for things to clear up before we play another note because the circumstances aren’t perfect, or we can take the imperfect circumstance and do something creative with it. I’m not very good at sitting on my arse, so there you go.

What’s helping you stay focused on your composing during this time? Are there any exercises you practice to keep in the creative mindset?

I’ll be honest, here. It’s easy to feel guilty, especially when you look at all of these Instagram feeds of people living seemingly militarily disciplined lives in quarantine with zero failure or … you can accept that those are carefully curated pieces of propaganda and that they don’t actually reflect real life. Life is messy and it’s messier now. That’s just fine. There are days I’m laser-focused and there are days I can’t seem to get off the floor. My kids help keep me focused because life goes on regardless, so that helps me have to get up in the morning. Deadlines help, as I think they always have. I try to get up early and work out every day; the days I manage that are usually my best. But my days certainly go off the rails sometimes. That’s ok too. On average I think the trains are running on time. Mostly. Sometimes.

The actual writing really helps me. When I’m enveloped in that I’m pretty happy. I play with the kids, mess around with my wife, FaceTime friends - laughter helps. I cook a lot, that’s always been my therapy and as usual, my Xbox is my savior, I love gaming.

What music is keeping you inspired at this time? What is your musical comfort food?

The only time I really get to listen to music for fun (unless you count my 375th viewing of Moana or Frozen) is when I’m running or working out. Weirdly, I’ve been wanting to listen to a lot of the stuff I loved when I was a teenager. Lots of metal and rock. Weird. Haven’t felt the urge for years and yet now I’m on Slayer, Anthrax, Kings X, Living Colour, AC/DC, Deep Purple, Van Halen. I’ve no idea what’s happening to me. I keep it in balance with some Stravinsky (which is basically metal for an orchestra so…. not really).

Oh God, so many things. Just being able to hug friends and family. Dinners. Skiing. The beach. And being in a room with an orchestra without having to sprint for the door every time someone sneezes.

What advice would you share with your fellow composers, songwriters and music creators for getting through this?

Try not to forget that life goes on regardless. Embrace the little things and realize they’re a privilege, not a given. And be kind to yourself when you balls it all up, which from time to time you might.

What advice do you have for aspiring composers look to emulate the sort of success you’ve achieved in this business?

I don’t think they should be trying to emulate anything. I think they should be looking at me and saying “I can do better than that.” If there is one thing I’d say though, it’s that you shouldn’t be in too much of a hurry to please everyone. By all means listen to the opinions of people you trust, but music is about single mindedness as much as it is about communication. Whatever your voice is telling you to do, follow it. I can’t guarantee it will take you where you want to go, but I can guarantee that if you don’t listen to it you won’t go anywhere. Find the thing you’re most scared of and do it anyway.

What role has BMI played in your journey thus far?

BMI has always has been incredibly supportive both in looking out for everyone financially and just in terms of mental support. I couldn’t do without them.