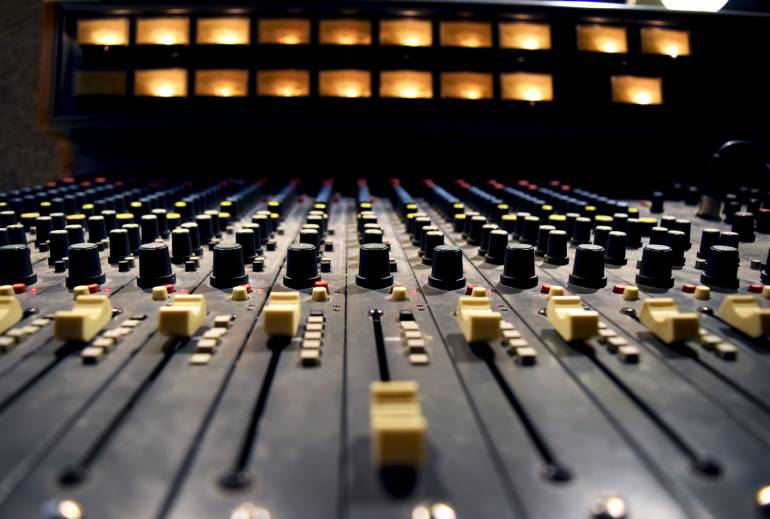 Let’s face it, the best microphones and processors in the world won’t matter much if your guitar strings are black or your drum heads are slack. On the other hand, a string change on the morning of a session may be ill-advised due to the potential for slippage; by contrast, tuning an acoustic piano well in advance may require additional tweaking prior to recording. To account for these differences, let’s look at some methods for properly prepped stringed instrumentation.

A change will do you good—just not the day of. While some like the tone and feel of well-worn strings, in general re-stringing prior to recording will result in an overall cleaner and livelier acoustic, electric or bass guitar sound. When to change is a different story; while some instruments are more stable than others, those with tremolo bridge systems (such as Gretsch electrics, for instance) can be notoriously finicky following string changes, often requiring days of substantial tugging and re-tuning. And while I like to re-string my Martin dreadnaught as often as possible, if I’m going to record I’ll usually do so several days in advance just to let the strings “break in” as well as lose some of the excess sheen associated with brand new phosphor bronze.

Newer batters make better beaters. If you have a great mic over worn, un-tunable snare and tom heads, all you’ll likely end up with is a good reproduction of a lousy drum sound. Therefore, always begin with properly tuned, sufficiently tight heads that are in good condition; any visible surface breaks close to where the stick or beater strikes may warrant replacing the head prior to recording. When tuning, start with the bottom (or resonant) head of each drum—after fully loosening all the lugs, pick a single lug and partially tighten it, then adjust the lug on the opposite side in the same manner, continuing this pattern until the whole drumhead is complete. Note that the bottom head is typically tuned higher than the top, since this allows the shell to ring to its full potential (traditional jazz players seeking a more muted sound sometimes do the reverse). To eliminate unwanted overtones, use dampening material such as Moongel, muffling rings or even gaffer tape.

Piano prepping. While digital keyboards have all but eliminated the grunt work associated with maintaining an acoustic piano, many players, particularly those working in jazz or classical, still prefer the sound of the real thing. If you’ve got an analog upright on the premises, chances are you already know how easily piano strings can go off-kilter, particularly when exposed to frequent temperature and humidity swings. Unless you’re handy with a tuning wrench, you’ll want to plan on retaining the services of a keyboard pro on a semi-regular basis—experts recommend a full tuning at least twice a year, if possible, thereby ensuring the instrument stays at concert pitch (A440) and is void of squeaky pedals, sticky hammers and other irregularities (additionally, a competent mechanic may be able to adjust the piano’s action to better suit the type of music you’ll be recording). On the other hand, some performers actually like a piano that’s just slightly out-of-drift—the Beach Boys’ Brian Wilson, for instance, was particularly fond of his so-called “prepared” upright complete with strategically de-tuned strings as well as artificially hardened hammers.

Yes, there are ways you can digitally enhance a guitar with lifeless strings or even pitch-adjust out-of-tune passages after the fact. However, ensuring that your instrument sounds and plays as good as possible in advance will be much more satisfying—and far less labor-intensive—than attempting to fix in the mix later on.