Posted in MusicWorld on January 24, 2007 by Melinda Newman 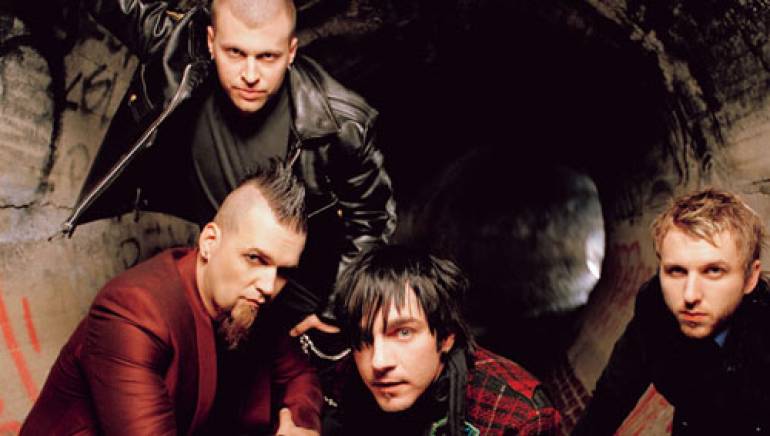 Women often accuse men of hiding their feelings. Such a claim would not apply to the members of Three Days Grace. Take almost any of the Canadian group’s ever-growing list of hits and the lyrics are inevitably an exegesis in exorcising demons or spleen-venting about a relationship gone bad or a self-loathing rant.

Amazingly, the angst is always set against a backdrop of instantly catchy rock.

Three Days Grace formed in 1997 from the remnants of an earlier group called Groundswell in the act’s native Norwood, Ontario. In 2003, 3DG released its self-titled debut on Jive Records in the U.S. Although the album only reached No. 69 on the Billboard Top 200 albums chart, it sold steadily and strongly, ultimately reaching platinum certification for sales of more than one million copies.

The album was bolstered by the group’s almost instant arrival as a staple at modern rock radio. First single, “(I Hate) Everything About You,” the ultimate “can’t live with you/can’t live without you” anthem, reached No. 2 on Billboard’s Modern Rock chart. It only took one more song for the group to land its first chart-topper with “Just Like You,” a biting, stinging ode to the end of a bitter relationship.

When it came time to work on the follow-up, One-X, the band drew on the experiences of isolation that come from constant touring and losing all comforts of home. Nowhere is that anguish clearer than on first single, “Animal I Have Become.”

“The road definitely got the better of us at times,” says drummer Neil Sanderson on the band’s website. “I know from my own point of view that you can kind of lose yourself out there and get caught up in the moment. It’s just the lifestyle. We were on a bit of a downward spiral out there, but we pulled out of it.”

Indeed, not only did the band—which also includes bassist Brad Walst and guitarist Barry Stock—“pull out it,” it thrived. Roadwork and radio play paid off in a major way: One-X entered the Billboard 200 at No. 5 this past summer.

And the good times kept coming. As if opening two dates for the Rolling Stones in Regina, Saskatchewan, in October weren’t enough of a thrill, the group ended 2006 on a high note, with “Animal I Have Become” claiming rock single of the year honors at the Billboard Music Awards.

The ride continues going into 2007. Three Days Grace is on tour with Flyleaf and current single “Pain” is its latest chart-topper. Even Three Days Grace would have to admit that hurts so good.