Posted in MusicWorld on December 22, 2006 by Elisabeth Dawson 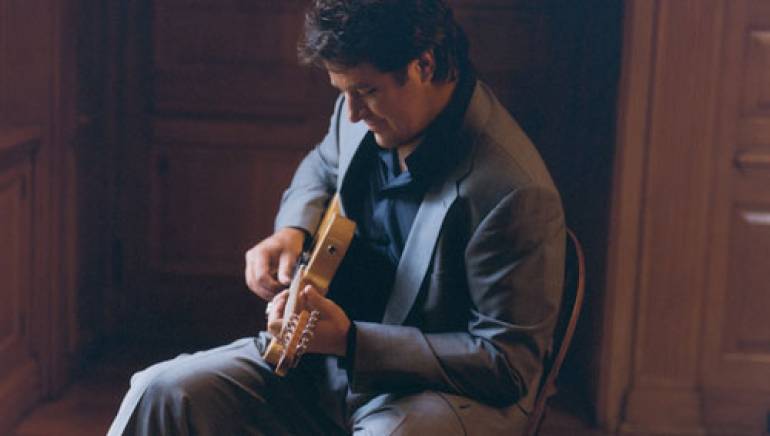 Vince Gill’s easily identified tenor has long graced country airwaves, delivering sly lyrics that are risible, contemplative or romantic, always coupled with his oft-overlooked masterful lead guitar. His latest project is a Herculean effort — daunting to mere mortals like the rest of us. The feat: a four-CD, 43-original song masterpiece, each piece of which Gill either wrote or co-wrote and co-produced.

Entitled These Days, each disc within the box set features Gill employing a different method of attack: funky soul, moody jazz, bluegrass/Americana and, of course, rootsy honky-tonk. Critics have salivated over the compilation, and despite its recent release in October of 2006, the set has already been certified platinum and garnered Gill his 35th Grammy nomination. That’s resounding applause for the humble singer/guitarist, who is generally regarded not only as one of the most talented artists in Nashville, but one of the town’s nicest guys as well.

Vince Gill’s path to country stardom started in Norman, Okla. His father, a judge by trade, played the banjo and guitar; Vince followed suit, picking up not only the guitar, but the mandolin, fiddle, dobro and bass as well. He dove into bluegrass, playing in one band during his high school days and another after graduation in Louisville, Ky. Positions in the bands of torch-carrying innovators like Ricky Skaggs, Rodney Crowell and Emmylou Harris helped lay Gill’s solid foundation.

After three well-received albums for RCA in the ’80s, Vince switched labels to work with longtime friend Tony Brown. His Brown-produced, MCA debut, When I Call Your Name, made Gill a star, earning the crooner his first Grammy. Simple numbers may help tell part of the story: 16 albums, 17 Grammys and multiple BMI Million-Air and Country awards are scattered throughout his career, illustrating his longevity in a music world sometimes eager to move on.

Gill’s sheer strength as a songwriter, producer, vocalist and instrumentalist tells the rest of his story. Throughout commercial successes and decades, he somehow remains staunchly true to his roots, yet artistically exciting and experimental. It’s been four long years since Vince Gill’s last album, and These Days temporarily satisfies music lovers’ seemingly inexhaustible desire for more, firmly solidifying Gill’s place among the giants of any genre.