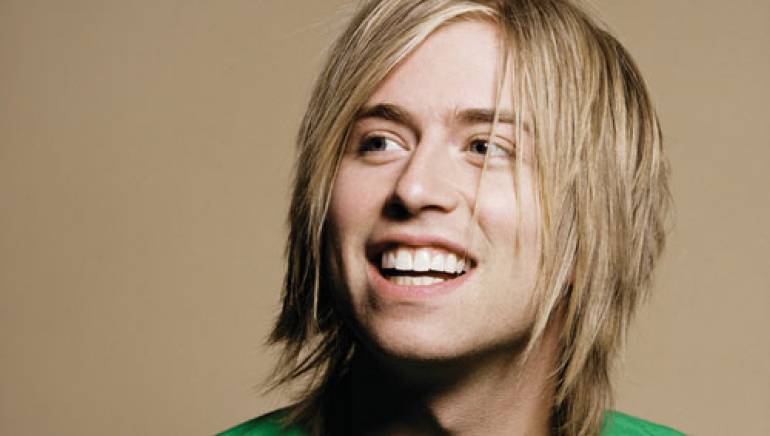 The Rocket Summer is not a group but rather one young man with many talents: Bryce Avary, who sings, writes songs and plays keyboards, guitars and drums on his recordings. It’s an approach that isn’t intended as a showcase for his many talents as much as a way of working that Avary developed “really out of necessity,” he says.

Hailing from the Dallas suburb of Colleyville, Avary started performing in public in his early teens. By age 16, he wanted to put out a recording of his songs. “I didn’t have a band at the time,” he explains. “So I recorded everything on my own.”

His self-released EP ended up being aired on a local radio show, “The Adventure Club,” on the Dallas FM station KDGE and quickly became the show’s hottest request item. The buzz began building an audience for The Rocket Summer in the area and rippled well beyond to even get international notice.

Avary then joined forces with The Militia Group for two more Rocket Summer albums — Calendar Days in 2003 and Hello, Good Friend in 2005 — and started touring extensively with a backing band to recreate the sounds on his records. Yet even after signing with Island Records, Avary continued his one-man band approach for the making of Do You Feel with co-producer Jim Wirt.

“I get consumed with making music, seeing songs from beginning to end. It’s probably best that no one is in there,” Avary notes. The approach continues to work for The Rocket Summer, landing the debut major label in the Top 50 of the Billboard 200 and the trade’s Top Internet Albums chart.

At the heart of the songs of The Rocket Summer is a positive, upbeat attitude, informed by Avary’s Christian faith. “There’s a common theme on this record: Wanting to do greater things for the world, and not just trying to be a rock & roll star.”