Posted in MusicWorld on March 30, 2007 by Elisabeth Dawson 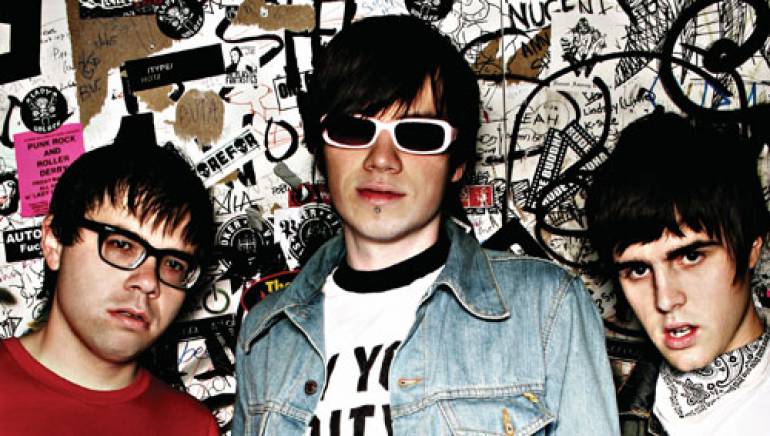 The Pink Spiders enter 2007 as one of the most talked about bands of 2006: Believe the hype. Rolling Stone, MTV, Blender and Spin jumping on the pink bandwagon constitutes as a big, ole steamy helping of hype for the brazen little trio that manages to speed ahead of the curve and pump out some of the best pop punk in years.

The secret’s out: The Spiders have a knack for belting out tightly packaged three-minute pop tarts. The group calls Nashville home and became gang leaders for a new generation of indie rockers in a town best known for the Ryman and Music Row. Their rapid ascension began with the foreshadowing EP The Pink Spiders Are Taking Over in 2004. 2005’s full-length Hot Pink crammed kids into venues across the country, and the majors came knocking.

The Pink Spiders’ major label debut for Geffen, Teenage Graffiti, is the cause for the latest onslaught of hullabaloo. Tracks like “Little Razorblade” and “Modern Swinger” give teen crushes a welcome overhaul, while “Easy Way Out” revels in delightful paranoia. Produced by Cars’ frontman Ric Ocasek, the album serves as an early snapshot of rock stars who were never anything but.