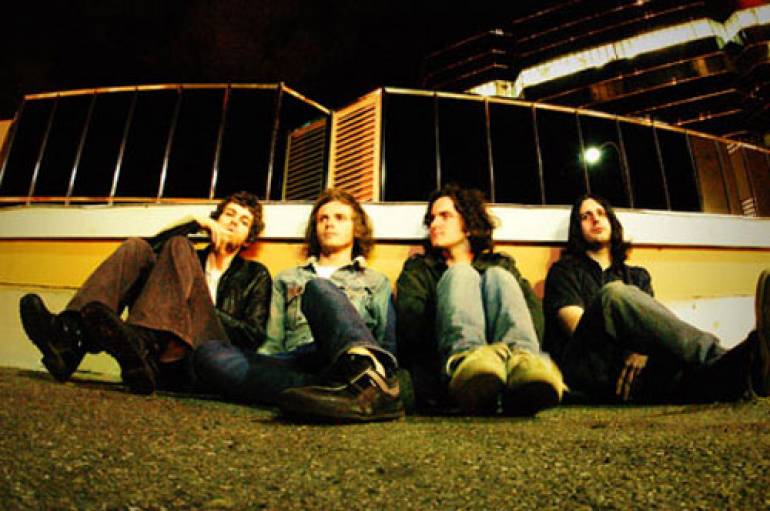 The roots of the band spawn from the childhood friendship of Mick and Chuck. Though the two grew up across the street from each other in Wesleyville in New Foundland, Canada, it wasn’t until they both moved to St. John’s that things began to take shape. After playing individually with a variety of different acts, they began to work together to form a band in the summer of 2002. Mark and Elliott were enlisted in the following months and the quartet’s unique chemistry was complete.

Things quickly took shape for the group as they signed a management and production deal with Inside Music, began recording demos, and set out on a UK tour. On the tour, the group performed at some of the top clubs in London, including the Borderline and also as a part of Sony UK’s “Blame Canada” showcase.

Following their UK dates, the Novaks set up a recording studio in an old community hall (Atlantic Hall) and an empty tennis club (Riverdale Tennis Club) in St. John’s for three weeks in November 2004.  In these familiar surroundings, they crafted a debut album which, as Mick puts it, “musically defines everything the band is about.”

From the opening salvo of “No One Quite Like You” to the closing crashes of “You Don’t Have To Hang Around,” the Novaks offer 12 original songs that highlight the depth of their songwriting and the intensity of their performances. This sound is exemplified by both lead single “Goodbye Rock and Roll Band” and crowd favorite “Doesn’t Anybody Hear It.” Showing the band’s ability to instantly grab the listener, the songs carry memorable melodies atop energetic riffs and driving rhythms.

Over the past year, the group showcased at both Canada Music Week and NXNE in 2005. They also performed with national groups like Matt Mays & El Torpedo and Sam Roberts, along with international acts such as the Psychedelic Furs and Hugh Cornwell of the Stranglers. As the band takes on new fans with every show, it’s becoming apparent that the Canadian music scene has found a truly exciting new voice.