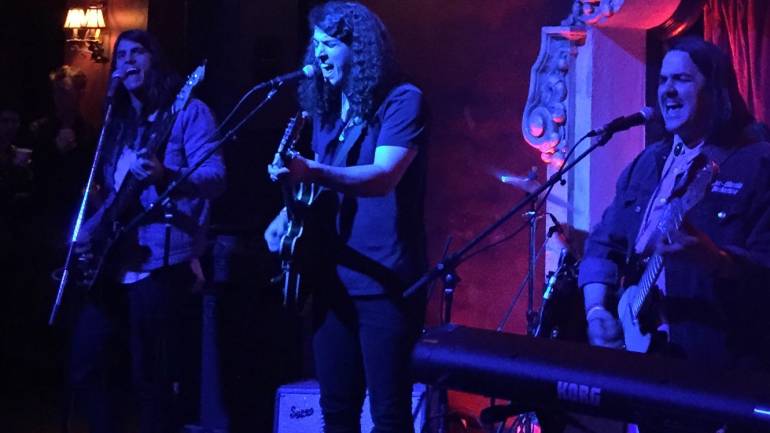 The Mud Howlers impress the audience at BMI’s Pick of the Month show held at Bardot in Hollywood, CA

Ringing in February with a dose of high decibel rock, BMI featured The Mud Howlers, a four-piece hailing from Sonora, Mexico, for its Pick of the Month showcase. Designed to elevate already percolating performers, the series introduces exciting BMI affiliates to both the industry and the music-hungry general public at a top-tier Los Angeles venue.

Delivering their own heavy, desert-tinged blend of bluesy, psychedelic rock, The Mud Howlers plugged in and rocked the Bardot in Hollywood, CA, on Wednesday, February 3. Together since 2012, the band has been building a steady buzz with their hard-driving sound and are currently putting the finishing touches on their debut full-length album.