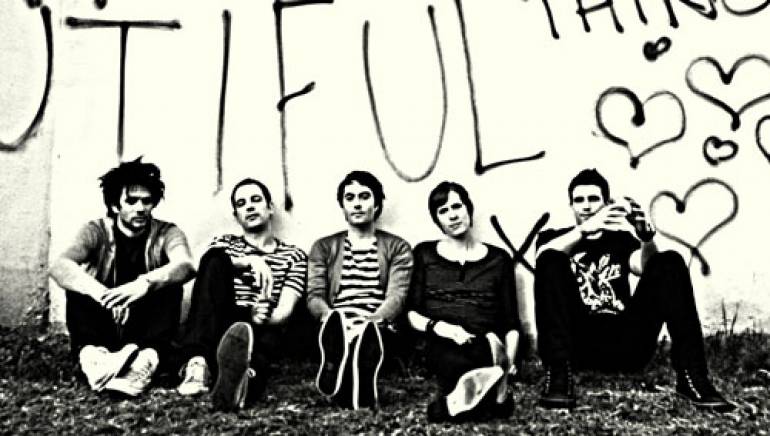 The Moths! is the exhilarating brain-child of west-London song writing duo James Fox (lyrics, lead vocals) and Dave Lightfoot (guitars, music) who, with help from producer Jon Vick, started writing and recording songs together in a bedroom studio in August 2006 before evolving into a full live band in April 2007

Drawing comparisons with the Human League, Wire, the Buzzcocks and early Adam and the Ants, the Moths! make poetic indie, new wave, post-punk pop with the emphasis on clever lyrics and instantly memorable guitar riffs.

Their first single ‘Games’ was released as a triple A-side (with ‘Wild Birds’ and ‘Valentine‘) by cult indie label Fandango. It was hailed by ARTROCKER and received critical acclaim from NME, as well as gaining extensive radio support from Radio One (Zane Lowe) and XFM. It was also named single of the week by Steve Lamacq and the band were invited to record live sessions with John Kennedy (XFM) and Marc Riley (BBC 6 music).

The Moths! have spent most of 2007 touring the UK, supporting bands including Foals, Good Shoes and the 1990s, recording new music and turning themselves into one of the most exciting live bands in the country.

SOURCEMusicWorld TAGS Rock On The Scene The Moths