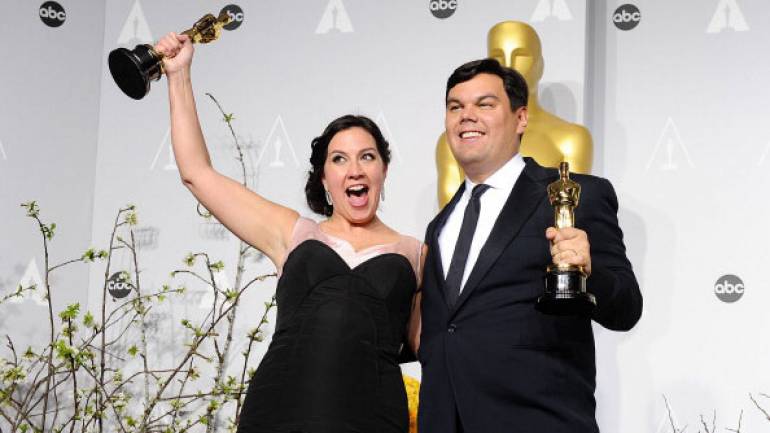 Please join us in congratulating BMI composers Kristen Anderson-Lopez and Robert Lopez, who last night took home the 2014 Oscar for Best Original Song for “Let It Go” from Frozen.

The husband and wife team met at the BMI Lehman Engel Musical Theatre Workshop in New York City in 1998 and since then have received many accolades for their work. Of this recent accomplishment, Anderson-Lopez says that one of the most rewarding aspects of creating an anthem like “Let It Go” has been the messages she has received from listeners, crediting the song for inspiring them during difficult times.

This win earns Robert Lopez a place in the “EGOT” history book for being only the 12th person (and the youngest) to have won all four major annual entertainment awards: Emmy, Grammy, Oscar and Tony. He started on the EGOT journey in 2004, winning the Tony for Best Original Score for Avenue Q. Lopez next won the Daytime Emmy for Best Music Direction and Composition for The Wonder Pets in 2008, then went on to win the 2012 Grammy for Best Musical Theater Album for The Book of Mormon. Sunday night’s Oscar win rounds out the EGOT. Well done!