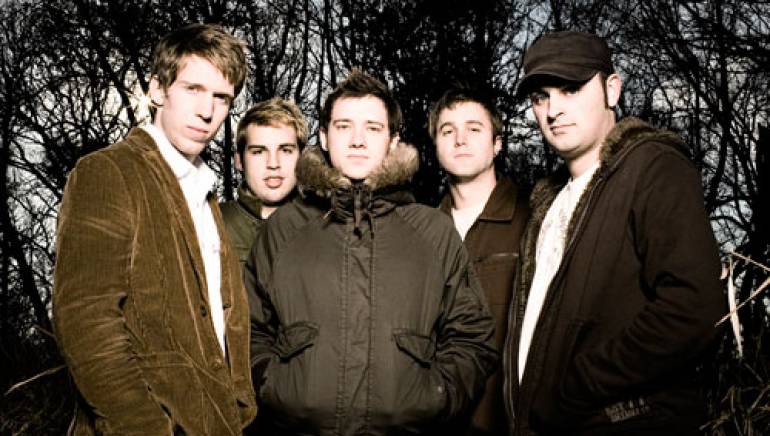 Since signing on the dotted line with ICON MES in September of 2006, THE GRADUATE have gone from virtual unknowns to gracing the cover of CMJ magazine in a matter of just a few short months. After several years of heavy touring with previous bands, these Springfield, IL natives have created quite a buzz and amassed a following that feels more like a family than a fan base.

Formed in November 2005, THE GRADUATE, collaboration between long-time friends Tim Moore, Corey Warning, Matt Kennedy, Max Sauer and Jared Wuestenberg, gained momentum in the Midwest ‘indie-circuit’ due to the memorable songs, interactive live show and friendly disposition of its members.

THE GRADUATE are currently gearing up for the release of ANHEDONIA, their debut full-length album, hitting stores on 4.10.07. The quintet aims to surpass the success of their previous independently released “The Horror Show” EP which garnered the title of ‘number one most added in college radio’ at the end of 2006.

Holed up for weeks on end in Salad Days Studios in Baltimore, MD, guitarist Max Sauer Describes the experience of creating ANHEDONIA and working with acclaimed producer Brian McTiernan (Circa Survive, Senses Fail, and Thrice).

“It was fun and hard at the same time. He pushed us, like a coach would, and made us do our absolute best, so at times it was nerve-racking, like ‘Ah, I can’t do this anymore, I need a break for a little bit,’ but he pushed us and I’m really happy that he did because I love how it turned out.”

THE GRADUATE eagerly awaits hitting the road and sharing the new material with fans. Best described as solid, mature pop-rock showered with sincerity and honesty, ANHEDONIA, a name chosen for its reference to ‘lack of emotion’, reflects the idea of just existing. Singer Corey Warning notes that the guys came into their own during the recording process and the finished product encompasses everything they were striving to achieve.

“I think that the people who liked the EP are going to like the full-length [album], I’m pretty confident about that. I think it’s progressive for us. I feel like we’re really starting to define our sound and what we’re trying to do as a band with our music.”