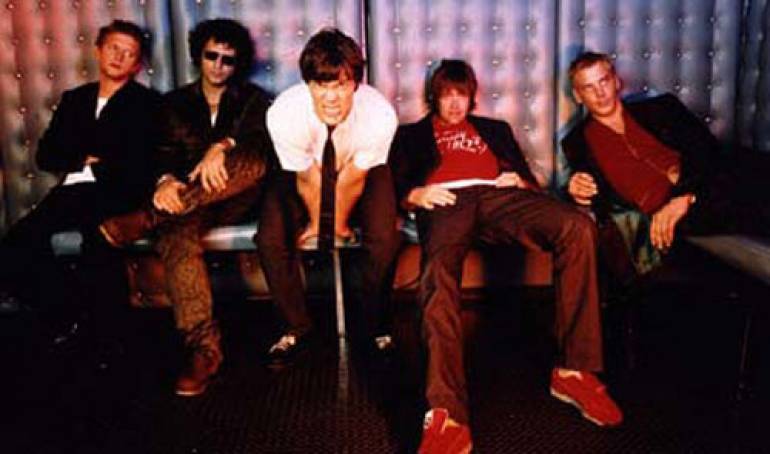 Seldom in pop music history has a group been more appropriately named than The Getaway People. Promoting an endearingly escapist musical agenda, the band's reggae-tinged anthems burst with soulful, summery vibes. The group's Columbia Records sophomore album, The Turnpike Diaries, is one of the first great pop recordings of the 21st Century: an assured, feel-good masterpiece that seems destined for classic status.

Judging from initial response, the Getaway People have created a modern magnum opus. Billboard magazine was so smitten with the single "Six Pacs," they effusively predicted the Getaway People would "break bad" with the track. The producers of the new WB television series Young Americans were similarly impressed: They chose the single as the show's theme song (the series premiered July 12). The band's album features guest appearances by members of The Roots, Bad Brains and the Dave Matthews Band. As if all this weren't enough, the Getaway People recently performed for the Dalai Lama in their hometown of Stavanger, Norway. Break bad, indeed.

Considering their wide-ranging appeal, it seems inevitable that pundits will examine the Getaway People's appeal. Much of that appeal is attributable to their funky fusion of Caribbean melodies, hip-hop rhythms and old-school r&b sensibilities. And though they specialize in buoyant party music, the group is capable of remarkably poignant balladry. The bittersweet "Deceived by an Angel" recalls the Brit-pop splendor of the Kinks.

The Turnpike Diaries is the Getaway People's second album. The band's acclaimed 1998 debut failed to dent the charts. But with the buzz surrounding The Turnpike Diaries, singer/songwriter Boots, keyboardist Honda, guitarist Stone, bassist Race and drummer Leroy may finally be able to afford surnames.