Posted in MusicWorld on December 9, 2007 by Kevin Zimmerman 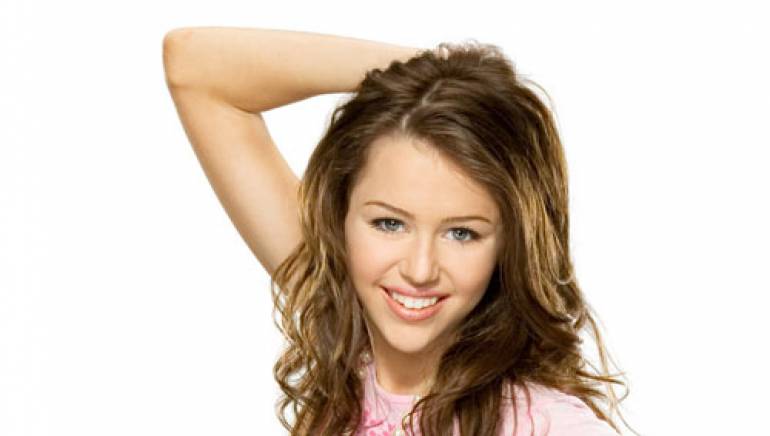 Selling out tickets on a concert tour faster than Bruce Springsteen … releasing an album that zoomed to #1 and went double-platinum in just a few weeks … and starring in a hit TV show, to boot?

Things can’t get much brighter for 14-year-old Miley Cyrus, whose alter ego “Hannah Montana” on the like-named Disney Channel series has propelled her to the top of the pop heap.

Or can they? Disney released a Hannah Montana clothing collection in late summer, with the singer/actress helping to design some of the pieces. And, inevitably perhaps, there’s a theatrical film in the works, being produced by her TV co-star and father, Billy Ray Cyrus — yes, he of “Achy-Breaky Heart” fame.

With her second album, Hannah Montana 2/Meet Miley Cyrus (Walt Disney/Hollywood) splitting the difference between songs from her show and several new tunes co-written by Cyrus herself, she believes she’s both pleasing her TV fans and establishing her own identity.

“Oh, I’m so stoked, I’m so excited,” she says about the record. “It’s kind of like a ‘Meet Miley’ album. It’s introducing them to me, which is cool.

“I get on my own thing: a little country and then pop and rock and some bluegrass,” she adds. “And I play a lot of guitar on it. The music style is very Kelly Clarkson.”

It should come as no surprise that she got her start early. “I was singing on the stage with my dad when I was two,” she says. “I would sing ‘Hound Dog’ and silly songs for the fun of it.”

In fact, the younger Cyrus really was, to use the old cliché, practically a born performer.

“When I was little, I would stand up on couches and say, ‘Watch me’,” she recalls. “We had these showers that are completely glass, and I would lock people in them and make them stay in there and watch me perform. I’d make them watch.”

Such determination was obvious to Disney when Cyrus beat out some 1,000 other girls to land the Hannah role. “We decided we would not go through with this series until we found a kid who could carry a sitcom as well as she could carry a tune,” says Gary Marsh, president of entertainment for Disney Channel Worldwide.

Miley “has the everyday relatability of Hilary Duff and the stage presence of Shania Twain,” Marsh adds, “and that’s an explosive combination.”

As her empire continues to expand, Cyrus remains sanguine about staying on top on both the music and acting sides. “I’ve always loved singing, and I’ve always loved acting and dancing,” she says. Which does she prefer? “It depends because acting is so cool, like being on set and that kind of thing. But singing is a better way to be yourself, so I can’t choose.”

At this rate, she won’t have to.