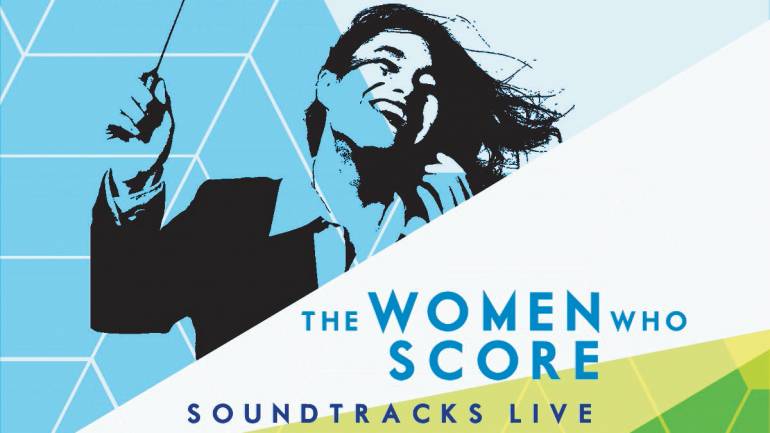 Where would iconic movies such as Star Wars, Avatar, The Godfather, or Gone with the Wind be without music? Would Downton Abbey, Dexter, or House of Cards be the same and have audiences glued to their TVs without music? Would gamers immerse into Final Fantasy or Legend of Zelda if they were silent? Movie music has moved us all to cheer, cry, and fall in love for more than 100 years. Yet the vast majority of composers hired to create this vital part of Hollywood’s cultural landscape have been men. Well, that musical glass ceiling is about to crack!

Grand Performances, hailed as the “Best Free Outdoor Summer Concert Series” in Los Angeles, and the Alliance for Women Film Composers have partnered in association with The Film Music Society and White Bear PR to celebrate the music of women composers in film, television, video games and interactive media at “The Women Who Score: Soundtracks Live,” a free concert in downtown LA on Saturday, August 19 at 8PM. A 55-piece orchestra will play scores written by some of the world’s most prolific and popular female composers including selections by Academy Award-winning BMI composer Rachel Portman (Emma, The Cider House Rules) and Laura Karpman (Underground). The BMI-sponsored program will also present works of esteemed women film composers such as Emmy Award winning BMI composer Lolita Ritmanis (Marvel’s Avengers Assemble), Heather McIntosh (Compliance), GRAMMY winners Nora Kroll-Rosenbaum (Stockholm Pennsylvania) and Nan Schwartz (In the Heat of the Night), as well as Penka Kouneva (Prince of Persia: The Forgotten Sands), Starr Parodi (G.I. Joe: Renegades) and Miriam Cutler (Ethel).

Special performances by BMI composer and vocalist Kathryn Bostic (Dear White People) and violinist/vocalist/composer Lili Haydn (Anita) will also be part of this unique opportunity to hear the immense contributions of women in music. If you’re in LA on Saturday, August 19, go down to California Plaza, 350 S. Grand Avenue in the bustling neighborhood of The Broad and MOCA museums and Grand Central Market at 8PM and don’t miss this free concert! Visit www.grandperformances.org for information on seating, parking, public transportation and more. 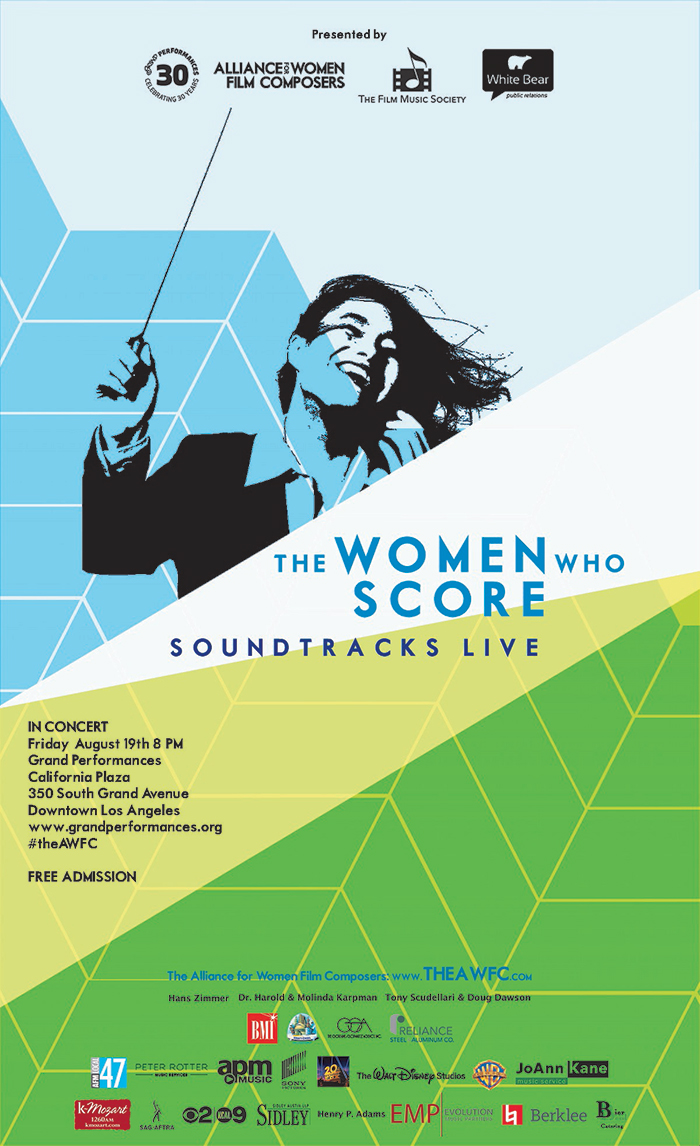