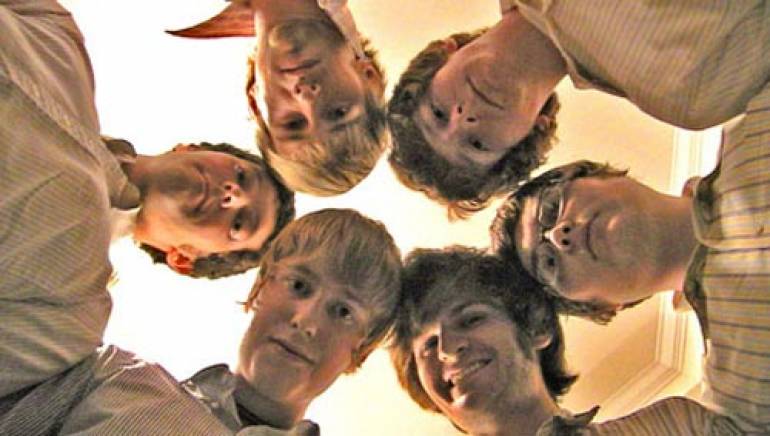 The Explorers Club is a sunshine psychedelic pop group from the coast of Charleston, South Carolina. The group blends skilled pop/rock arrangements with four-part vocal harmonies. They draw their influences from the classic pop vocals of The Beach Boys and The Association combined with the rock and roll arrangements of Phil Spector, Chuck Berry, The Beatles, The Zombies and The Byrds.

The Explorers Club is led by Jason Brewer’s artful pop arrangements and complex vocal harmonies, which are filled out by James Faust, Wally Reddington and David Ellis. Filling out the instrumental sound of The Explorers Club with their organ and drum work respectively are Stefan Rogenmoser and Neil Thomas. This six-man band has been taking its show on the road since July of 2005 and plan to extensively tour and record throughout 2006 and beyond.

A typical Explorers Club performance is highlighted by skilled professional delivery of four-part harmony with “wall of sound”-esque instrumental accompaniment. The goal of the music, as described by head Explorer Jason Brewer, is “music that can bring joy, reflective images, and most of all, entertainment.”