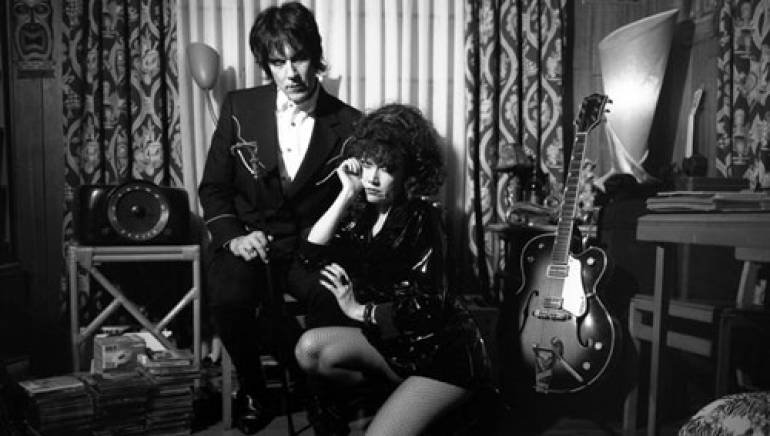 Lux Interior, co-founder and front man of inimitable punk-rockabilly band the Cramps, died Wednesday, February 4 in California. He was 62 years old and is survived by his wife, Poison Ivy.

Along with guitarist Poison Ivy (born Kristy Wallace), Lux Interior (born Erick Purkhiser) started the Cramps in New York City, in or around 1976. The pair fixated on b-horror movies and campy 50’s and 60’s pop culture, and they synergized their hipster obsession with a musical swath primarily consisting of punk’s raw fervor and rockabilly’s primordial hooks and bass lines.

Their graphically theatrical live shows, which included a landmark performance at the Napa Mental Hospital in 1984, were punctuated by Lux’s enigmatic charisma and penchant for skin-hugging costumes, as well as Ivy’s pin-up beauty and masterful guitar playing, while the rotating lineup of bandmates also adopted darkly quirky stage personas. After 1980’s Songs the Lord Taught Us introduced the band to college radio’s enthusiastic embrace, the Cramps released numerous albums, but many critics consider the group’s 1986 effort A Date with Elvis their best.

A BMI songwriter for almost 30 years, Lux Interior penned or co-penned most of the Cramps’ work, often with Poison Ivy. Although the band’s fan base remained cultish and on the fringes of mainstream recognition, contemporary trendsetters including the White Stripes cite the Cramps as a definitive influence.