Posted in The Weekly on May 8, 2018 by Cliff Goldmacher 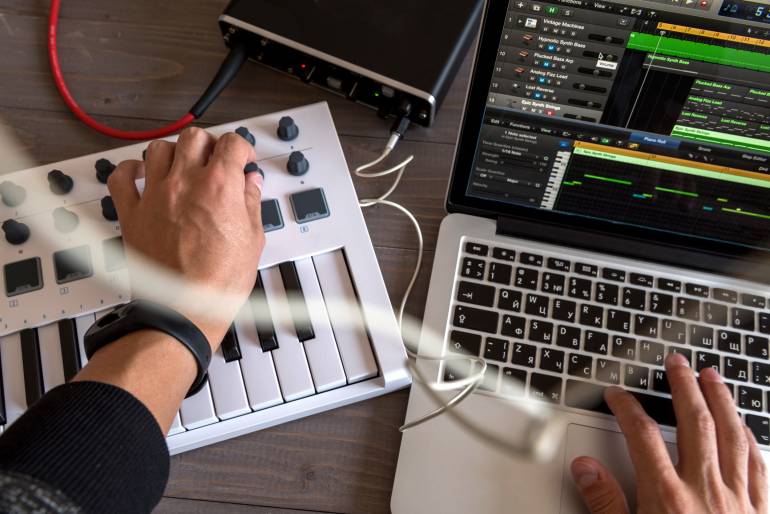 When it comes to the job description of producers in today’s recording studio, the phrase “the more things change, the more they stay the same” comes to mind. While technological advances have made the studio a significantly more streamlined and efficient place to work, the principles of what makes a good producer have stood the test of time. That said, let’s take a look at what the producer’s role is when it comes to songwriters and their demos in the current climate.

1. Work as a translator between the client and the studio personnel

Ultimately, a producer is an expert in the studio - and the songwriting demo process specifically -  and is there to help translate the songwriter’s vision of how they’d like their song to sound into a language that the engineer (if the producer isn’t also the engineer), the session musicians and singers will all understand. This can be particularly useful if you’re a songwriter who is new to the demo process. This is critical to helping you get what you need in an otherwise unfamiliar environment.

2. Understand the capabilities of the studio, players and singers

Given today’s fast changing digital climate, it is a producer’s responsibility to be aware of the capabilities of current technology. This will allow them to keep the session running smoothly by taking advantage of the best, most efficient ways to get a recording done. This also applies to a producer’s choice of studio personnel. After a discussion with the client about the style and feel of a demo, it is a producer’s job to recommend/select the best players and singers for the session.

3. Bring out the best in everyone

Not only does a producer specialize in making sure the players and singers are giving their best performances, but it is also a producer’s role to make sure the client is at ease in the studio. This way, the client is relaxed and comfortable enough to ask for what they need so they can get a demo they’re thrilled with. A good producer not only delivers a great demo, but a great studio experience for everyone involved.

4. Keep an eye on the big picture

A producer to a recording session is like a director to a film. This means the producer is not only responsible for the minute details of the session, but also for the big picture. For example, it’s a producer’s job to make sure the demo sounds polished and honors the genre the songwriter has chosen. Another example would be making certain the client gets an instrumental mix of their song to use in a film or TV show. To that end, producers can also help songwriters get signed releases from the session musicians and singers if, in fact, the demo is going to be pitched to a music supervisor for inclusion in film and TV. Producers will also often have experience with the technological end of things from including metadata into mp3 mixes, to helping their clients create links to embed their songs in emails or on websites. All this to say, it is a producer’s responsibility to do a lot more than just run the recording session.

If you’re a songwriter who is new to the studio and the song demo process, it is well worth your while to align yourself with a producer who can help you navigate these unfamiliar waters. A producer’s experience with current technology, as well as interpersonal studio dynamics, can go a long way towards helping you get not only a great sounding demo but enjoying the process along the way.

Cliff Goldmacher is a songwriter, music producer and educator with recording studios in Nashville, TN and Sonoma, CA. Through his studios, Cliff provides songwriters outside of Nashville with virtual, live access to Nashville’s best session musicians and demo singers for their songwriting demos. To find out more go to https://se295.infusionsoft.com/app/page/studio-services. You can download Cliff’s FREE tip sheet “A Dozen Quick Fixes To Instantly Improve Your Songs” by going to https://se295.infusionsoft.com/app/form/homepage-songwriting-tip-sheet.