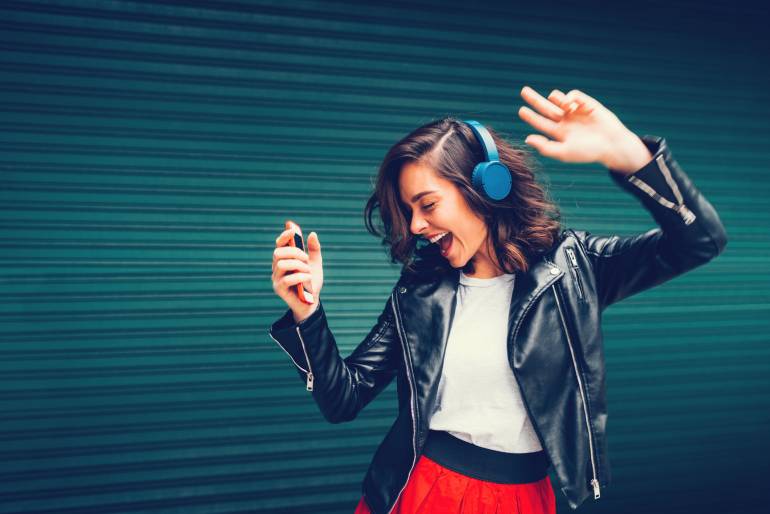 Most popular songs are constructed using the building blocks of verses, choruses, and bridges. Some songs also incorporate pre-choruses. The most recent element to appear in many hit songs is a post-chorus—a short section that follows the chorus, essentially extending the chorus by providing an additional, memorable hook that typically includes vocals. This is a distinct section that introduces melody that is not heard in the actual chorus or elsewhere in the song.

Post-choruses are being used in a wide variety of musical genres. Including one in your song is optional and while there are no rules for writing them, there are elements that are typically found in successful post-choruses.

In most instances, the post-chorus lyric does not contribute significant new information or further the song’s story. In fact, in most cases, the post-chorus contains very few lyrics at all, with the vocalist singing syllables such “ah,” “oh,” “ooh,” or “I” and repeating either the song’s title or another phrase. Taylor Swift’s hit “I Knew You Were Trouble” (written by Swift with Max Martin and Shellback) includes an exceptional post-chorus that repeats “Oh” and hammers home the word “trouble,” which is part of the title.

Listen to Ed Sheeran’s “Shape of You” (written by John McDaid, Kevin Briggs, Kandi Burruss, Tamika Cottle, Steve Mac, and Ed Sheeran). You will hear an eight bar post-chorus during which Sheeran sings “Oh-I-Oh-I” interspersed with the words “I’m in love with your body,” which are included in the chorus. The post-chorus of this smash hit (#1 in more than thirty countries) ends by repeating the last two lines of the chorus lyric, which includes the title. So, there are only three lines of actual lyric in the eight-bar section.

Post-choruses often encompass eight musical bars. It is not uncommon for a post-chorus to be four musical bars, but it is unusual to hear a post (as it is sometimes referred to) that is longer than eight musical bars. In some instances, a post-chorus might be four bars the first time it appears (at the end of the first chorus) but eight bars after each subsequent chorus. An excellent example of this technique can be heard in the #1 country song “Craving You” (written by Julian Bunetta and Dave Barnes, and recorded by Thomas Rhett, featuring Maren Morris).

Post-choruses are strongly associated with songs in the pop genre, but, as in the previous example, they can be heard in many country music hits, as well. Another strong example of a country hit with a memorable post-chorus is Sugarland’s “Stuck Like Glue” (written by Kristian Bush, Kevin Griffin, Shy Carter and Jennifer Nettles).

Some songs contain choruses composed of two completely distinct parts, and there is a degree of subjectivity in defining whether these constitute a post-chorus, or are simply a second part of a chorus. While it is not cut-and-dried, my criteria for being considered a post-chorus includes having few new lyrics, hammering home the title or another phrase, and/or introducing a simple, memorable hook.

You can think of a post-chorus as a bonus—an additional hook to grab our audience and keep them engaged. By adding a post-chorus, we extend the proverbial party, giving our listeners an extra reason to be hooked into our song.