Posted in MusicWorld on November 22, 2019 by Dave Simons 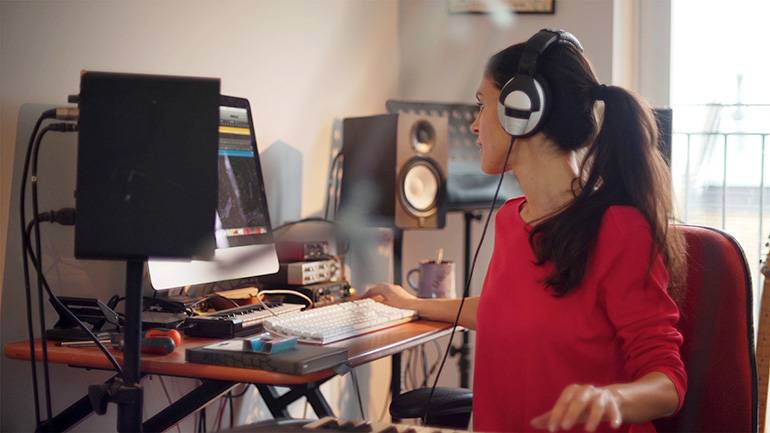 Those of us who produce articles for a living understand why it’s necessary to state your case as succinctly as possible — having a solid opening, as well as a story void of excess fat, is key to holding readers’ interest.

Many of the same principles apply when songwriting. Is the intro compelling enough? How long until you get to a chorus or anything else hook-like? Naturally, such criteria have guided songsmiths for decades. But with the sheer volume of music now available to users through subscription services and other online resources, tightening up has perhaps never been more essential.

Luckily, the tools needed to slice, dice, re-arrange and perform editing maneuvers are now standard, even with entry level home-recording devices. To that end, here are a few strategies to consider in order to make your next effort as sleek and successful as possible.

Get to the point. Unlike earlier years when popular songs often began with a lengthy introduction, nowadays a few fleeting seconds is all you may have to make your case to today’s listener. If your tune opens with a repeating guitar hook that lasts for a good 24 bars, try making an alternate edit that cuts the passage in half. Or, if the riff is anything less than super compelling, you could ditch it altogether and jump right in with the lead vocal, further reducing the chance of losing your audience before you even get started.

Delete the weak links. Even succinct ideas can quickly become stale if beaten to death over the course of an overly long song. As part of the “condensing” process, consider jettisoning anything that interrupts the flow of the recording. Is a full third verse necessary? Do we really need to revisit the chorus a fourth time? Because software makes it all so easy, try a number of different editing “takes,” some with only minor excisions, others requiring more significant surgery, that you can A/B later on. Don’t be surprised if the “super-cut” version works best—after all, the record books are brimming with examples of masterpieces barely two minutes in length.

Clip with care. Editing only works if the listener isn’t privy to all the stitch marks you’ve made along the way. Accordingly, remember to cut with care—when deleting an 8-bar section, for instance, ensure that the downbeats post-edit are smooth and properly aligned; when in doubt, hit “undo,” tweak your edit markers and then try again until the transition is nearly inaudible. While traditional drummers may baulk at the imposition of a click track, having a dedicated tempo while tracking often makes these kinds of operations that much easier.

Relocate. When drafting an article, sometimes an essential piece of information accidentally gets “buried” within the piece, prompting the writer to subsequently move the idea closer to the top. The same strategy applies when recording. Let’s say you’ve come up with a guitar or keyboard statement that first appears in the second chorus. If it’s a good lick, consider copying the passage and pasting it into the first chorus, or perhaps even as part of the intro. For that matter, you could move/copy entire sections of the song around—if you’re partial to the sound of the drums during one verse, you could simply lift that part onto a succeeding verse (again, taking care to ensure the tempos match post-edit).

Preen the good parts. Once you’ve thoroughly trimmed and tightened the multitrack, use your tools to make sure each section of the final edit is as captivating as possible. Emphasizing dynamics throughout the piece is key; at the opening, pull back everything but the essentials in order to keep the vocal path clean and clear; from there, gradually add in the spare parts (backing harmonies, instrumental accents, and so forth) in order to build the track as the song progresses.

Like everything else in recording, there are no hard-and-fast rules when it comes to streamlining your master. For that matter, whittling may not always be required—if you’ve got a bona fide killer chorus, feel free to repeat as necessary. However, by understating the good stuff, listeners are more likely to want to hear the song again and again.