Posted in MusicWorld on October 8, 2012 by Russell Hall 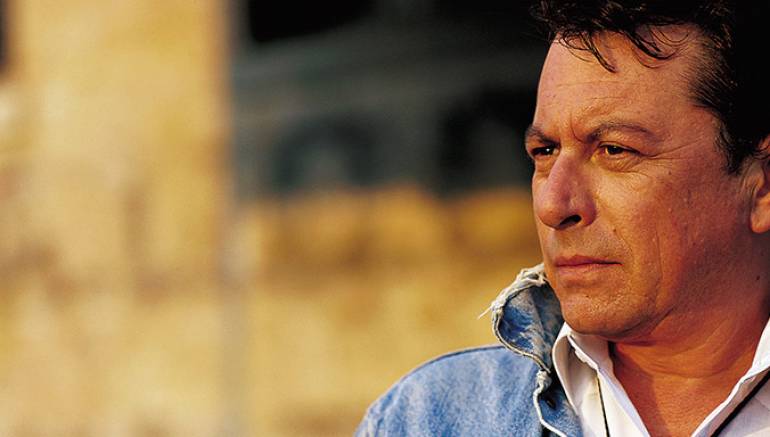 Joe Ely is an important part of Texas’ cherished tradition of live music.

Since opening for business in 2006, Lamberts Downtown Barbecue has become one of Austin’s favorite hot spots, renowned for its succulent barbecue, modern Texas cooking and tasty cocktails. But as co-founder Will Bridges points out, the 200-capacity restaurant boasts another amenity—specifically, sensational live music—that serves as a huge draw six nights a week. In fact, so integral is music to Lamberts’ operations, the restaurant offers not just one but two nightly shows—each featuring a different band or performer.

Lamberts is an exceptionally bright beacon for Texas music, but similar scenes play out in restaurants throughout the state. Moreover, Lamberts’ eclectic approach reflects the diverse nature of Texas music, and its wondrously rich traditions. Dating back to the mid 19th century, Texas has always been an ethnic melting pot in which old forms of music mingled and new styles emerged. As writer Jay Brakefield has pointed out, Western swing alone, which was born in Texas, incorporates aspects of country, blues, pop, big-band jazz and Latin rhythms. Similarly, “Conjunto” combines traditional Mexican music with polkas and other musical forms brought by European settlers to the Lone Star State.

“Texas’s geographic location pretty much destined it to be a melting pot for many different styles of music,” says Casey Monahan, director of the Texas Music Office. Established in 1990, the Texas Music Office was the first government office created for the purpose of promoting a state’s music industry. Monahan continues: “You’ve got the obvious influence from Mexico, the influence from the Deep South, and the influence of cowboys and cowboy music. Put those things together, and you get a spirit of music particular to Texas. Much of it has to do with mixing different ingredients together, to come up with something new.”

Lubbock native Joe Ely, the legendary singer-songwriter who’s taken Texas music to all corners of the earth, concurs with Monahan’s assessment. “There’s a strong tradition of passing stories along from one person to another in Texas,” he says. “That tradition came out of the cowboy days, or the cattle drives, where stories were told around the campfires about things that happened on the trail. Those stories turned into legends, and inspired people like Woody Guthrie to write songs about the Dust Bowl days and the Great Depression. They also inspired blues artists like Lightnin’ Hopkins and Blind Lemon Jefferson to write songs about hard times in the cities.”

Ely adds that it was the proliferation of Texas dancehalls—a unique phenomenon that continues to be a cherished aspect of the state’s heritage—that laid the groundwork for Texas music to flourish. Texas dancehalls were in fact the precursors for the near-ubiquitous presence of music in restaurants and similar establishments throughout the state. The communal aspect of the dancehall experience—where patrons of all stripes gathered in celebration and harmony—remains vibrantly alive in Lamberts and other places where music is a vital component.

To facilitate the use of music in Texas dining establishments, the Texas Restaurant Association and Broadcast Music, Inc.—BMI—entered a productive partnership in 2000. Together, the organizations have devoted much energy toward providing clarity to TRA members with regard to music-licensing requirements, with TRA members able to save up to 20 percent off BMI licensing fees. Founded in 1939, BMI distributes 87 cents of every dollar it collects to the more than 500,000 songwriters, composers and publishers who comprise its roster. The not-for-profit-making organization offers membership to songwriters and composers at no cost, with an open-door policy.

“Organizations like BMI—performing rights organizations—are advocates of a system whereby people are compensated for their work,” says Monahan. “It’s extremely important, not only for restaurants but really for everybody in the country, to understand the value of and the significance of intellectual property. And it’s important that businesses understand their responsibilities, in that regard. BMI and similar organizations are the songwriter’s first line of defense in a really competitive environment. I can’t begin to tell you how many songwriters I’ve known whose first counseling came from a performing rights organization.”

With help from the TRA, BMI also serves as a sort of “middleman” who relieves restaurants from the complexities involved in striving to comply with copyright statutes. In serving that function, the organization allows dining establishments to focus on their goal of providing guests with the best possible dining experience. “The interplay between music and dining is crucial,” says Lamberts’ Bridges. “You really can’t separate the two. We’re very proud of how eclectic our crowds are, and music is the common denominator that makes that happen. Lamberts wouldn’t be what it is today, were it not for the music component.”