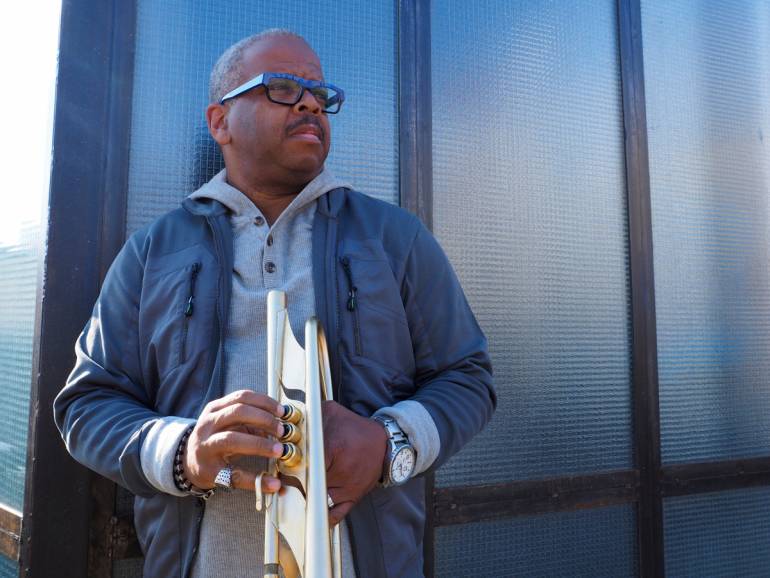 BMI is proud to announce that film composer and celebrated jazz musicianTerence Blanchard will be named a BMI Icon at the 35th annual BMI Film, TV & Visual Media Awards in recognition of his significant contributions to the cinematic community.  The ceremony will also honor award-winning composer, arranger, orchestrator and conductor William Ross with the BMI Classic Contribution Award, while also saluting the top performing composers in film, TV and visual media of the past year. Hosted by BMI President and CEO Mike O’Neilland BMI Vice President Creative - Film, TV & Visual Media Doreen Ringer-Ross,the private event will be held on Wednesday, May 15, at the Beverly Wilshire Hotel in Beverly Hills, CA.

“As a composer, Terence Blanchard’s music is steeped in jazz, but he’s also an incredibly versatile artist whose works range from film to Broadway to opera and back again,” said Ringer-Ross. ”His emotionally compelling scores make sociological statements about sensitive cultural issues faced by many, both past and present. We’re thrilled to name Terence a BMI Icon and celebrate the best in music for film, television and visual media.”

Blanchard joins an elite group of previous BMI Icon recipients who have received this honor for their ”unique and indelible influence on generations of music makers.”  Past honorees include Alan Silvestri, James Newton Howard, Alexandre Desplat, Rachel Portman, David Newman, Thomas Newman, Danny Elfman, Harry Gregson-Williams and John Williams, among many others.

In addition to honoring Blanchard, William Ross will receive BMI’s Classic Contribution Award in recognition of his impeccable skills as an arranger, orchestrator, conductor and composer. He’s also one of the most sought-after collaborators in the business. In receiving this award, Ross joins a prestigious list of previous recipients including Rick Baitz, Lucas Richman, Peter Golub, Mike Post, Chris Montan, David Newman and Terence Blanchard, who received this honor in recognition of his vital work as an educator and mentor to emerging composers in 2010.

Throughout the evening, composers of the previous year’s top-grossing films, top-rated primetime network television series and highest-ranking cable and streamed media programs will also be recognized.

From his expansive work composing the scores for Spike Lee films ranging from the documentary When the Levees Broke, about Blanchard’s hometown of New Orleans during the devastation from Hurricane Katrina, to the epic Malcolm X; Inside Man; 25th Hour (for which Blanchard received a Golden Globe Nomination); to the timely and Oscar-nominated Lee film, BlacKkKlansman, Blanchard has interwoven melodies that created strong backdrops to Lee’s stories.

Blanchard is a world-renowned jazz trumpeter and film composer with more than 33 albums and 50 film scores to his credit. Most recently he received an Oscar nomination for his music in Spike Lee’s blockbuster BlacKkKlansman, which the New York Times called ”a soaring, seething, luxuriant score.” As Lee’s longtime collaborator, Blanchard has scored 17 of his films. Other film credits include *Eve’**s Bayou,* *Talk to Me*, *Red Tails, Barbershop *and *The Comedian*, to name a few.

Outside of his work in film and television, Blanchard is a celebrated bandleader and trumpeter with an unwavering dedication to jazz education - frequently holding master classes around the world. Blanchard also serves as the Artistic Director of the Detroit Symphony Orchestra’s jazz series and has teamed with Opera Theatre St. Louis to premiere his second opera on June 15, Fire Shut Up in My Bones, based on a memoir by celebrated NY Timesbest-selling author, Charles Blow.

William Ross is an award-winning composer and arranger whose work has spanned feature films, the recording industry and television. Some of his most notable film projects include scoring The Tale of Despereaux, A Very Harold & Kumar 3D Christmas, Tuck Everlasting, Ladder 49 and My Dog Skip,to name a few. He also adapted and conducted the score to Harry Potter and The Chamber of Secrets. His work in television is equally as impressive and includes the scores to Hallmark Hall of Fame’s In My Dreams, Lifetime’s Steel Magnolias, the critically acclaimed miniseries Me and My Shadows, and Life With Judy Garland, as well as the Emmy-winning music for the *Tiny Toon Adventures**’* episode “Fields of Honey.”  As an arranger, Ross has worked with some of the top talent in the world, including Celine Dion, Josh Groban, Michael Bublé, Quincy Jones, David Foster, Mariah Carey, Whitney Houston, Barbara Streisand, and the list goes on.

Throughout his career, Ross has received many accolades, including four Emmy Awards, three BMI Film Music Awards, as wells as nominations for an Annie Award and two GRAMMY Awards.  He’s served as the Music Director for the Academy Awards four times, received an Emmy Award for his work in 2007, and his arrangements have also been part of several Super Bowl openings, as well as the opening and closing ceremonies for the Olympic Games in Calgary (1988), Atlanta (1996), Salt Lake City (2002), Torino (2006), Vancouver (2010) and Sochi (2014).