Posted in MusicWorld on November 16, 2011 by Joy Ramirez 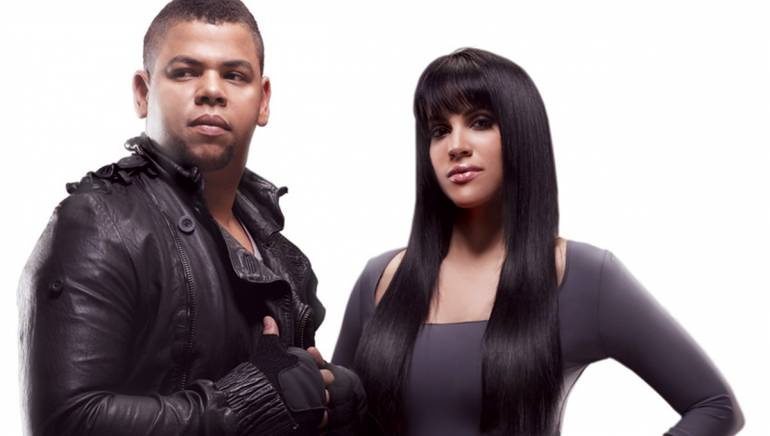 Married couples in music are few but memorable. Think Sonny and Cher, James Taylor and Carly Simon, Jay-Z and Beyoncé, Tim McGraw and Faith Hill. To sustain a career out of making music with your spouse, a prerequisite is to be believable as a couple, able to project through the music whatever it is that makes the sparks fly.

For most musical couples working together, touring together and living together while maintaining a relationship is enough. But the Latin Christian pop-rock duo Tercer Cielo wants to do more. For Juan Carlos Rodriguez, a native of the Dominican Republic, and his wife Evelyn Herrera, the music must also change lives.

During an interview that found the couple between dates on their Latin American tour in support of their upcoming album Viaje a las Estrellas (Voyage to the Stars), Rodriguez spoke of the transformative power of music.

“During one of our concerts a young person, desperate to get up on stage, came forward and asked for our help,” he says. “He was struggling with drugs, and we sang to him and prayed with him together with the entire audience. It was very powerful.”

That kind of experience is what motivates the young musicians to keep up the stressful pace of touring and living out of hotel rooms while trying to maintain a marriage and raise a family. They have a two-year-old daughter and, when not on the road, live in Phoenix, Arizona.

The result of the couple’s personal and professional partnership is a positive and refreshing sound in contemporary Christian music. Their songs are uplifting and terrestrial at the same time, evincing a pure emotion that could just as easily be applied to the human realm as it is to the divine. That believability has given the duo a secular mainstream following to add to their Latin Christian fan base.

Rodriguez puts it simply: “Our first inspiration (for our songs) is God; the second is the life we live everyday.”