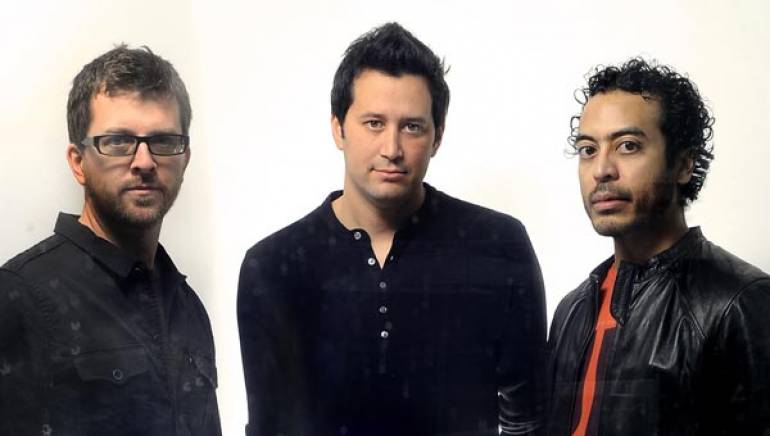 If you’ve turned on the TV or gone to the movies anytime in the past few years, you’ve likely heard the music of The Transcenders. From Judd Apatow’s hit comedy Knocked Up to the CW series Gossip Girl, the prolific three-man team has provided songs and scores for dozens of projects on the big and small screen. Member Terence Yoshiaki attributes the trio’s success to their distinctive sonic chemistry, an encyclopedic blend of pop, hip-hop, R&B, rock and electronica. “A lot of times we get hired because we have more of a record-making sensibility, along with the ability to write scores,” he says. “A filmmaker might want something that sounds fresh and hip, but it also has to play the scene. So we approach it as if we’re creating songs, but we also keep in mind the scoring aspects as well.”

Many film and TV composers tend to work in a solitary fashion, but Transcender Mike Fratantuno says that he, Yoshiaki and fellow member Brian Lapin thrive on collaboration. “We just separate ourselves from our individual egos and operate as one, much the way a basketball team would. We sit and talk a lot, discuss the creative direction, and how to achieve that to the best of our abilities — and we still manage to surprise ourselves with what we’re able to accomplish without getting into negative arguments.”

With recent projects including the film comedies Our Family Wedding andFurry Vengeance, the three members of Transcenders have forged a unique career path since all three started out in the mid-’90s as founding members of the group Black Eyed Peas. Fratantuno acknowledges that scoring movies doesn’t quite scratch the same itch as making hit records — but it does have its own rewards.

“It’s getting to the point now where, if we set a [creative] goal, we know that we can attain it. That’s as exciting to me as making a great record.”