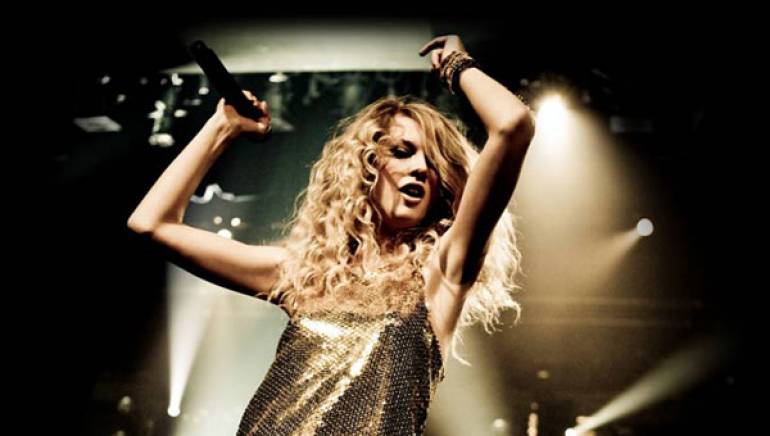 The Associated Press has named Taylor Swift the 2009 Entertainer of the Year, adding yet another shiny title to the country crossover star’s growing collection. Still in the midst of a dazzling trajectory that shows no signs slowing, Swift is preparing to kick off the new year as the most-awarded and most-watched star of 2009.

Just last month, the 20-year-old singer/songwriter became the youngest artist ever to be voted CMA Entertainer of the Year. The CMA Female Vocalist of the Year and American Music Awards Artist of the Year, she also garnered Album of the Year honors from both the CMA and ACM for her sophomore release Fearless, and is nominated for eight Grammys. The best-selling artist of the year aside from Michael Jackson, Swift also headlined a sold-out tour.

As a songwriter, Swift has also earned significant praise. She won her second consecutive BMI Country Song of the Year crystal for “Love Story,” received the BMI President’s Award at the 2009 BMI Pop Awards in Los Angeles, and was named Artist/Songwriter of the Year by NSAI.

She hosted Saturday Night Live and finished work on her big screen debut, Valentine’s Day, underscoring her versatility as a performer. Reflecting on her SNL hosting duties, Swift told the AP the experience was “life-changing.”

With the AP crown, she joins an eclectic and elite group of entertainers, including last year’s honoree Tina Fey and 2007 winner Steven Colbert. The AP Entertainer of the Year is selected via a survey of newspaper editors and broadcast producers from across the country.