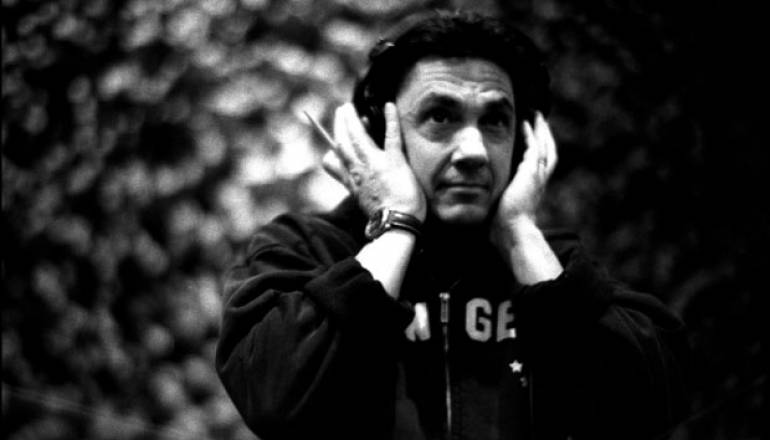 Given the extent of his record-making background, it’s somewhat surprising to learn that producer-engineer Niko Bolas didn’t initially plan a career in the control room. Hailing from a family of building contractors, in the ’70s Bolas took a job with legendary Los Angeles-based engineer Val Garay, who was then in the process of constructing his Record One studio in Sherman Oaks. Soon after, builder Bolas began moonlighting as a sound assistant for Garay and, after learning the ropes, eventually signed on as Record One’s house engineer.

Unlike some of his SoCal peers, Bolas would develop a reputation for making records live and spontaneous rather than slick and laborious — attributes that in ensuing years helped Bolas compile a lengthy list of clients ranging from Crosby, Stills & Nash and John Hiatt to Lorrie Morgan and Los Lonely Boys. His 25-year, on-again-off-again partnership with Neil Young (dubbed “The Volume Dealers”) includes producing and engineering 2006’s politically charged Living With War in addition to Young’s 2009 amped-up effort Fork in the Road.

We caught up with the man they call “Neeks” — whose base of operations is Capitol Studios in Los Angeles — to discuss a range of topics relevant to pro and not-so-pro record-makers alike.

Studio Prep
When getting ready to launch a new recording project, Bolas often relies on a somewhat unorthodox pre-production regimen, one that has worked particularly well during his years with Young. “The night before the session, I’ll go in and jam with whoever is around in the studio, which helps me to get the right sound ahead of time,” says Bolas. “For instance, I’ll track some drums with the guitar and bass, and then I’ll run into the control room and see what it sounds like. Because when the artist is ready to go, that’s it, you’re on. So the idea is to have everything up already in place, right down to the headphones, before the band shows up. That way when everyone comes in and starts finding their sound, we’ll already be in recording mode. Don’t get me wrong — I’m constantly refining the sound along the way. The point is, if you’re still trying to get it together after the band has already got it together, you’re in trouble.”

Engineers often make the mistake of thinking there’s something special about the craft of recording, says Bolas, “when in reality, engineering is just a mechanical process — it has nothing at all to do with the instrument or how it’s being played. You could have someone like [session drummer] Steve Jordan banging away on a shoe box, and no matter what you did, you’d probably wind up with the greatest drum sound you’ve ever heard.”

Which may help explain why Bolas generally cares more about capturing the right performance than, say, choosing the “right” mic. Case in point: Early on, Bolas discovered that he was often able to get the very best vocal takes by using nothing more than a basic Shure SM57.

“If you give someone a cheap hand-held mic — rather than, say, putting up a big scary Neumann U87 — they tend to relax. Why? Because it’s not a studio mic! Suddenly, they’re not thinking about getting the ‘proper’ take any more — and when they’re not thinking, then they have the freedom to really express themselves.”

Bolas applies that same logic to amp recording. “Though three quarters of the time I’ll use a Shure SM57, again, it’s not always what you’re putting up, but where you’re putting it. Larry Cragg, Neil’s guitar tech, has taught me more about the different sounds that are available just by moving the microphone in one-inch increments around the speaker cone — so I’ll just strap on a set of headphones, gradually move the mic until the sound is right, and that’s where it will stay for the remainder of the session.”

As one who thrives on spontaneity, Bolas puts a lot of stock in capturing the initial burst of first-take energy. “Invariably when it comes time to do the ‘real’ take, it’s not nearly as good,” says Bolas. “So the producer’s job is to make sure to hold on to that first run through — that way if the artist winds up expending their energy trying to replicate that initial take, it will already be saved.”

Above all, says Bolas, never let the artist know that they’re actually being recorded. “For instance, I’ll put the group in a corner of the tracking room and make sure they can all hear each other, so that if their headphones fall off it won’t matter because they’re standing right in front of the drummer anyway. Then I’ll go out into the room so that they can’t actually see me hit the record button—in fact my assistants know that if I’m with the band, that means they should be in record mode. It doesn’t even matter if all of the mics aren’t up just yet, they know the rule—have that red light on! Because you never know when you might accidentally capture some fragment of a genius idea that could later turn out to be a great hook.”

When it comes time to mix, Bolas, in the spirit of his live-mixing brethren, often just replicates the physical arrangement of the players as they appear through his control-room glass. “I’ll make it sound like what I’m seeing, that’s all,” says Bolas. “For instance, on Fork in the Road, Neil was standing in the center of the room in front of the drums with his rig, Ben [Keith, guitarist] was off to the left and Anthony [Crawford, guitarist] was off to the right. So that’s where I put them in them in the mix. I mean for one thing, it makes things pretty easy to find—if the guy on the left is set up on the left side of your console, when something goes wrong you know exactly where to go to fix it.”

Digital Means, Analog Spirit
Though a purist at heart, Bolas is anything but retro when it comes to recording apparatus. “Digital is the greatest thing that ever happened to recording, because it removed all of the inefficiencies that used to exist during tape playbacks,” he says. “The fact is, a lot of pre-digital engineering strategies were in anticipation of the ultimate degradation of the tape during the recording sessions—for instance, you might have had to record everything a bit brighter than normal, because once the tape began to wear, the sound would start coming back a little bit duller each time. And once you got three months into the recording and you were still running that master reel back and forth across the heads, it was going to get even duller still. Naturally there are a lot of things that we like about tape — the various compression properties that come from using different types of tape, or the subtle white background noise that tape produces, and of course we also really like the native EQ on certain tape machines. But now that we have excellent converters with really high sample rates, all the great sounds that are produced by our favorite dynamic or ribbon microphones can be properly captured—in that way, things are more analog now than they’ve ever been.”

Still, many of the limitations of the analog era can be quite useful when applied to modern recording situations. “An eight-track recorder, for instance, forces you to plan ahead—by the time you’ve filled up the sixth track, you’re already thinking about doing a reduction mix in order to free up space. In other words, it requires that you have real discipline and a different kind of record-making philosophy. By contrast, when you go to work on ProTools, you’re not thinking about anything but breakfast, because you can record anything as many times as you want. There’s no philosophy, there’s no discipline or any kind of advance planning — in short, there’s no art. And that’s my biggest problem with digital audio.”

Bolas cites a recent project with a young group from Nashville who specifically requested an all-analog set-up. “I said to them, ‘Okay, you want to learn what it’s about? Let’s do it on eight-track. So I got a 1-inch tape machine, we brought the band in and went to work. And it meant that we had to carefully plot out the sessions—on some tunes we had to start with the drums, or maybe we had to do the background vocals before the lead parts so everything would stack up properly, and so forth. Along the way, these guys got to learn about eight-track production philosophy and style, and it changed their whole approach to record making forever. Not only that, but the finished product ended up being big and dumb and chunky and noisy — all the things we love about analog! But the bottom line is that it still had nothing to do with the tape machine — it was really about the lack of choices, the discipline it took to work with those limitations.”

As a parting shot, Bolas suggests that the producer/engineer remembers to maintain the all-important element of neutrality throughout the duration of the recording project. “A lot of producers want to feel like they’re part of the ‘force,’ and they make the mistake of demanding constant attention,” says Bolas. “As the guy in the control room, you should never ever let your ego get in the way — because when it comes right down to it, the only thing that really matters is the muse. Because it’s fleeting — and if you don’t get it while it’s there, it can be gone in a hurry.”