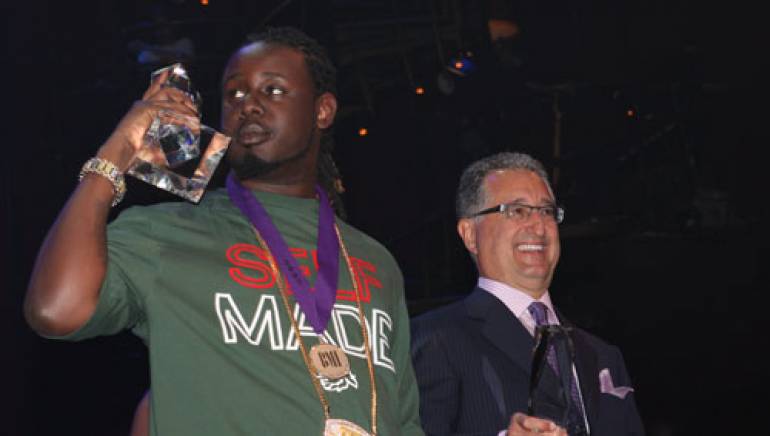 BMI songwriter T-Pain was presented with the BMI Urban Ringtone of the Year Award for co-penning the hit “I’m N Luv (Wit A Stripper).” The award was presented at the 2007 BMI Urban Music Awards, held September 7 in the Zumanity Theater at the New York, New York Hotel and Casino in Las Vegas. The gala saluted the world’s premier r&b, rap and hip-hop songwriters, producers and publishers and attracted an impressive gathering of music’s biggest stars and hippest trendsetters.