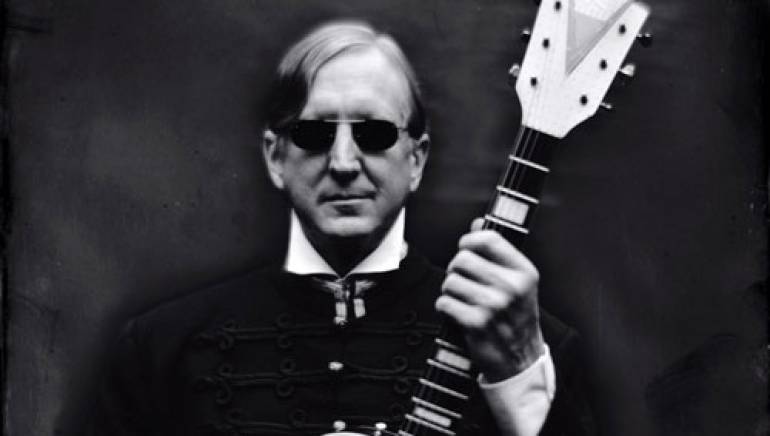 In today’s digitized computerized compressed treble-drenched fluorescent airtight culture, it can get a little hard to breathe. Sometimes, somebody needs to open the window — preferably with a well-thrown brick — and let in a little sun and wind.

And nobody recognizes the soul-saving sweetness of some well-placed sonic space better than T-Bone Burnett.

A legendary producer, and a gifted musician and songwriter, he was born Joseph Henry Burnett in St. Louis in 1948 and raised in Forth Worth, Texas. At just 14, he started wandering out on to the Jacksboro Highway, headed for the dilapidated Skyliner Ballroom to catch performances by Junior Parker and Bobby “Blue” Bland, among others

“The way that room sounded, to me, is the sound I’ve been going for on every record I’ve ever done,” Burnett told Mix Magazine in 2006. “I’ve just learned more and more about how to do it. It’s been a long time of figuring out how to make it sound as exciting on a record.”

In the early ’70s, Burnett left Texas for Los Angeles. By 1975, he had landed a spot playing piano and guitar in Bob Dylan’s legendary Rolling Thunder Revue. At the tour’s end, Burnett formed the Alpha Band with fellow Rolling Thunder veterans David Mansfield and Steven Soles and released three critically acclaimed albums before calling it quits.

After a solo career that found Burnett creating albums that generated universal critical praise but modest sales, he dedicated himself to producing. From the crisp roots rock of Los Lobos’ How Will the Wolf Survive? to the gorgeous, fragile acoustic ballads of Elvis Costello’s King of America, Burnett brought a deep breadth and a refreshing sense of space, tone and timing to his production.

Eschewing the heavily synthesized, compressed production process so popular and prevalent in the 1980s and ’90s, Burnett helped create music that now seems timeless. He did it with young artists — the Wallflowers, Counting Crows, the BoDeans, Sam Phillips, Gillian Welch — inspired by heroes Burnett shared, and he also did it with the heroes themselves. Burnett is responsible for the Roy Orbison concert film masterpiece A Black & White Night and Orbison’s Grammy-winning last album Mystery Girl, in addition to later albums by legends Ralph Stanley and Tony Bennett.

It is Burnett’s ability to make music resonate with tradition without using that tradition as a gimmick or a shtick that led to two of the most artistic and commercial pleasant surprises of the past 20 years.

In 2000, Burnett composed the score and produced the soundtrack for the Coen Brothers’ O Brother Where Art Thou? Featuring artists including Emmylou Harris, Alison Krauss, Ralph Stanley and Gillian Welch delivering stunning interpretations of traditional American folk, blues and bluegrass songs, the album was a massive, grassroots-driven smash. It sold more than 7 million copies, earning a Grammy and awards from the Country Music Association and the Academy of Country Music, introducing a new generation to the rich, hidden history of American music.

Just as surprising is the oddball pairing of Alison Krauss with Led Zeppelin’s Robert Plant on last year’s terrific Raising Sand. Burnett produced and plays guitar on the album as Krauss and Plant weave incredible harmonies through songs by Townes Van Zandt, Mel Tillis, Tom Waits, Gene Clark, the Everly Brothers and Doc Watson. Even after going platinum, being heralded as one of the best albums of the year and winning the 2009 Grammy for Album of the Year, it still seems like a weird idea. Who would ever think to pair one of rock’s grittiest and most legendary lead singers with one of the most beautiful voices in bluegrass, much less propel them with slapback echo, reverb and swaying vibrato through a set of obscure songs written by some of music’s greatest unsung heroes? You’d have to be a genius to pull that off. Luckily, there was one on hand.