Posted in MusicWorld on March 8, 2011 by Ellen Mallernee 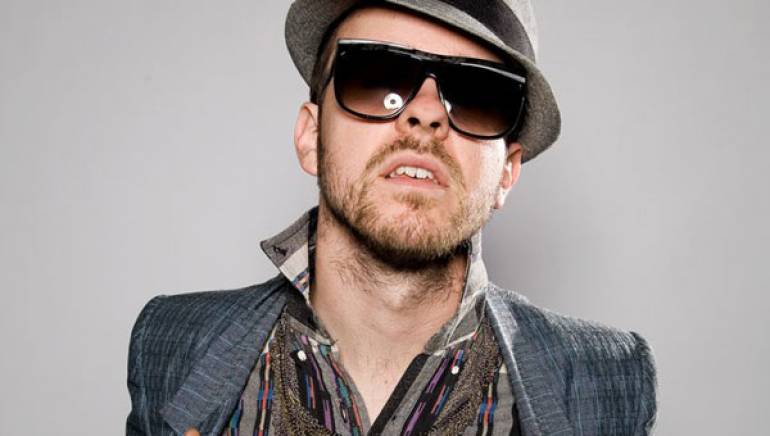 He’s the workaholic producer who lives to puzzle over the wonders of a Quincy Jones piano chord, but he’s also the sequin-encrusted, perpetually plastered pop star Ricky Reed. Ricky has fronted Eric’s Bay Area pop band, Wallpaper, for the past four years, slinking across stages in gold chains and singing about subjects ranging from getting hammered to getting text messages; meanwhile Eric masterminds Wallpaper’s ingenious production and song arrangement, as well as their online marketing and the whole elaborate parody.

You see, these two — Eric and Ricky — are one and the same, but they are nothing alike. Ricky Reed is Eric Frederic’s alter ego. He’s a fictional character who’s affording Eric some very real acclaim, including a spot on BMI’s Thursday night SXSW showcase.

Over the phone there is just Eric — well-spoken and earnest. This is the nice guy who grew up listening to Crosby, Stills, Nash and Young records with his mom, who learned a Blink-182 song on guitar to impress his high school girlfriend. In the past, doing interviews in character as Ricky has proven to be awkward and upsetting to interviewers so Eric handles that himself now.

That’s because Ricky is — as Eric describes him — a “brash white trash know-it-all wannabe drug-dealing cool guy who works at Foot Locker at the mall.”

“Ricky’s a part of me,” explains Eric. “He really is just derivative of a strange place inside of me. It’s sort of tapping into that place in yourself and just blowing it out of proportion.”

“I feel like I have some kind of innate understanding of production, what makes something big and loud and heavy and danceable,” says Eric, who idolizes Michael Jackson, Tears for Fears, Prince, and Sly Stone for their timeless pop.

Already tinkering with Wallpaper’s next album, Eric spends most of his time in the dark cave of a Los Angeles studio. There he hunts for the perfect pop song. Ricky Reed sits in from time to time, but it’s Eric who’s doing all the work.